Making homemade corn tortillas is way easier and more fun than you might think, and they are likely to be the best corn tortillas you've ever tasted. Here's a Complete guide with everything you need to know.

Just wait until you try these steamy fresh homemade corn tortillas! They are SO much better than the ones you buy at the store. 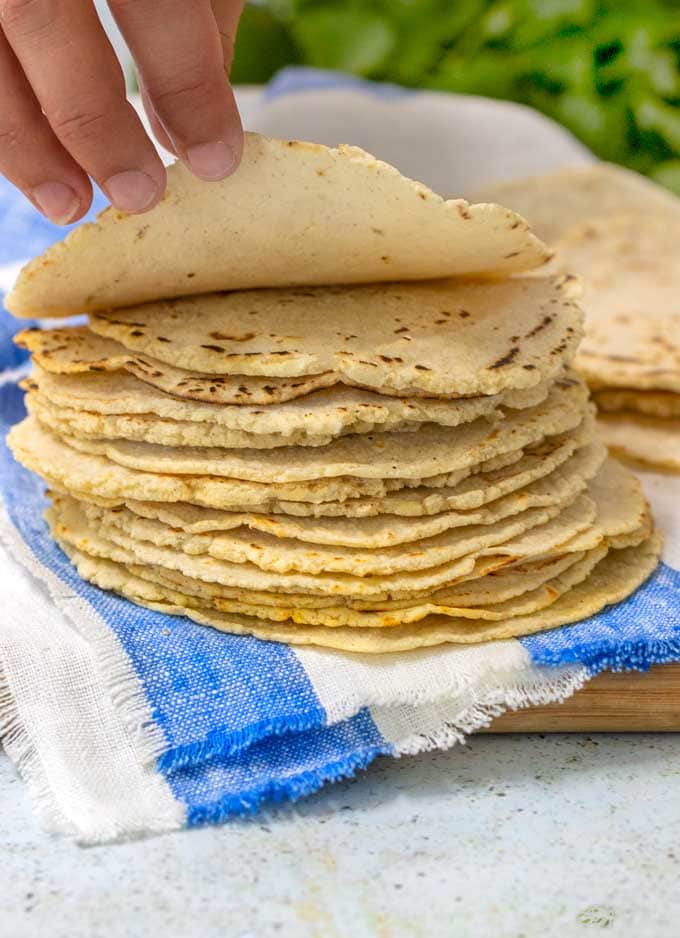 The only ingredient you have to buy for homemade corn tortillas is a specially-formulated corn flour called Masa Harina. It's easy to find in most grocery stores or online. Tortilla dough is made by mixing masa harina with water and a little salt. It takes all of two minutes to throw together.

The rest of the process is also straight-forward. Divide the dough into small pieces, roll into balls, flatten, and cook in a dry skillet.

I'll share top tips for making sure your dough is the right consistency so your tortillas are soft and pliant and not dried out. I'll also show you how to make tortillas without a tortilla press.

It's all so simple, you won't even need a recipe after you read through this post and make these once. Just keep a bag of masa harina in your pantry and you'll be able to whip up a batch of fresh corn tortillas for any occasion! 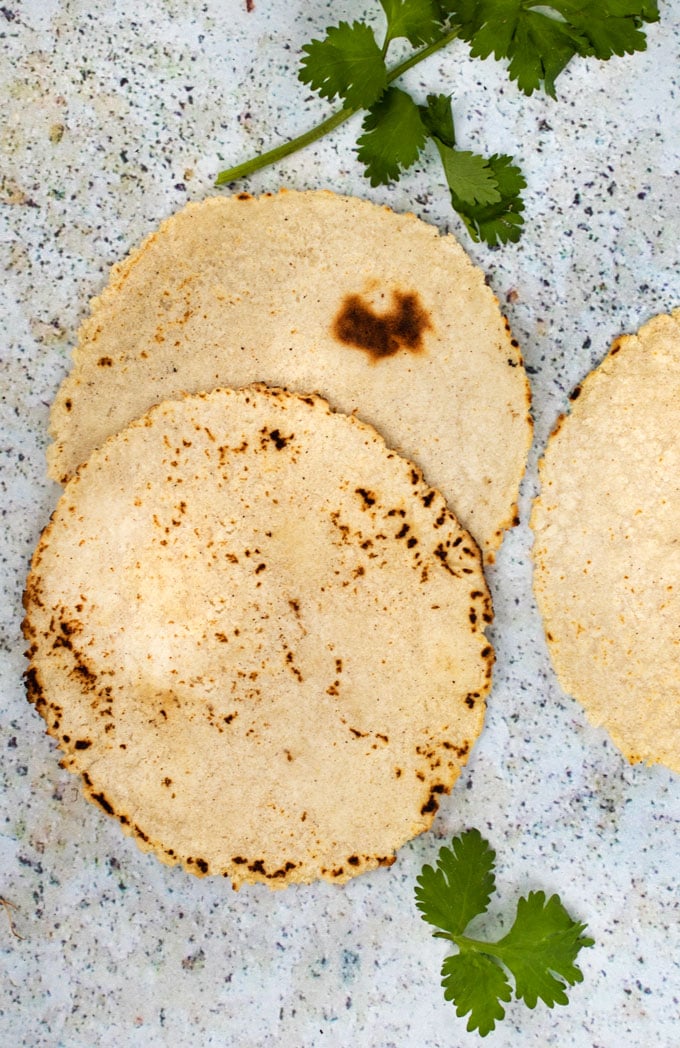 On a personal note, I want to thank my 21-year-old son Paul for introducing me to homemade corn tortillas and for collaborating with me on this post. Paul's big brother Alex bought him a tortilla press on Amazon and he's been cranking out corn tortillas for himself and his college housemates and cooking up lots of tasty Mexican food.

I love to hear about what my kids are cooking but didn't think too much about Paul's tortilla-making until he brought his tortilla press and a bag of masa harina on our family vacation in Maine and made tortillas in our airbnb kitchen. Lots of fond memories from that Maine vacation including the daily stack of fresh steaming corn tortillas which we stuffed with anything and everything from melted cheese to scrambled eggs to tuna salad.

I realized on that trip how much I needed homemade corn tortillas in my life and on this blog! 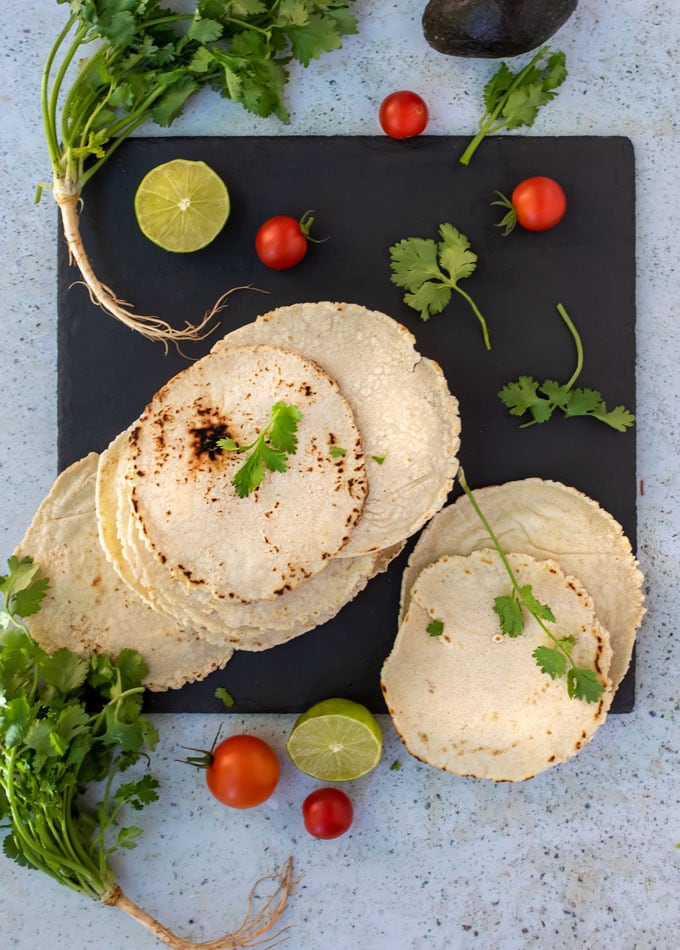 HOW TO MAKE HOMEMADE CORN TORTILLAS 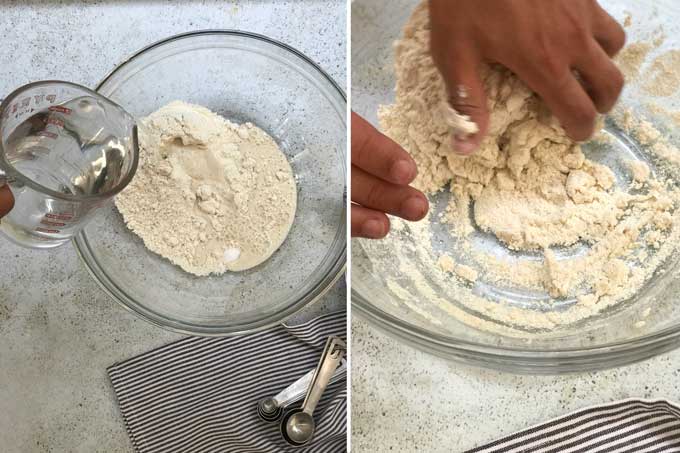 HOW TO KNOW WHEN YOUR TORTILLA DOUGH IS RIGHT 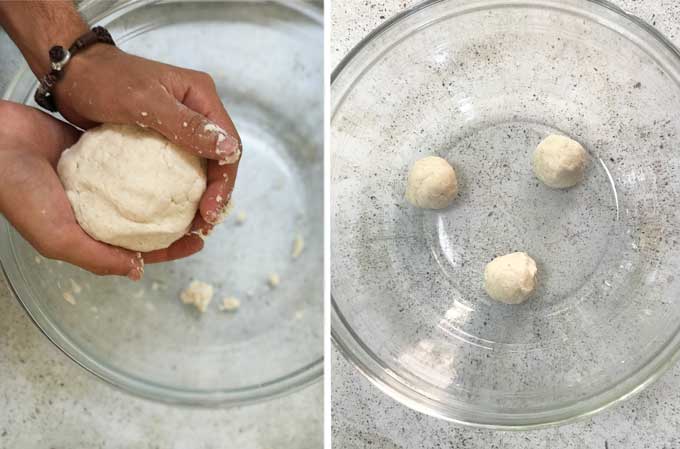 HOW TO MAKE TORTILLAS IN A TORTILLA PRESS 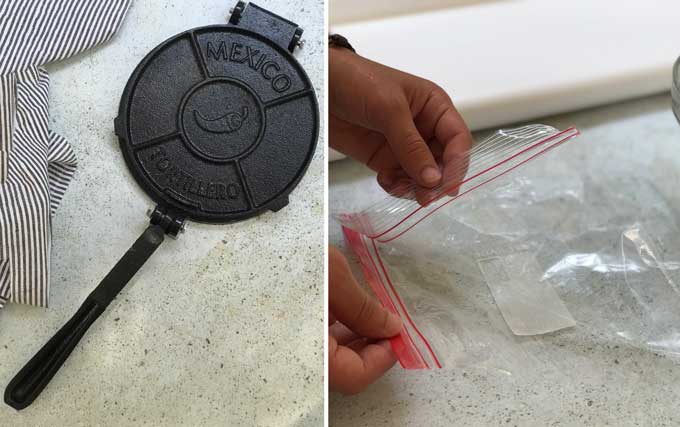 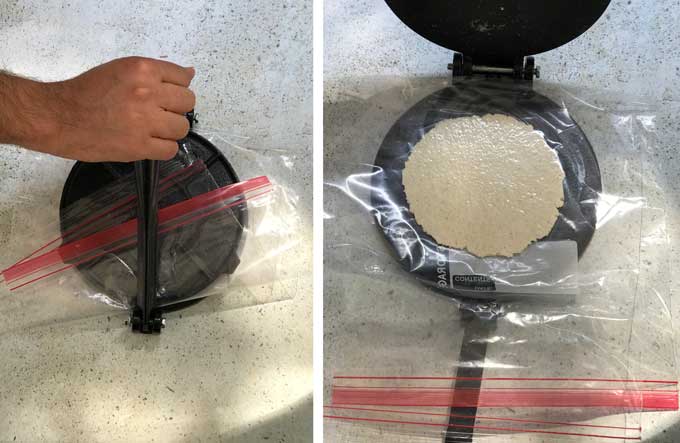 HOW TO MAKE TORTILLAS WITHOUT A TORTILLA PRESS

A $20 cast iron tortilla press will make it super easy and fun to crank out homemade corn tortillas. But if you're not up for buying yet another kitchen gadget, I can totally relate!

I did lots of research to find the best way to make tortillas without a press. Some people suggest using a rolling pin, but others say "no, too laborious."

This technique, using a pie plate, is the unanimous favorite. I tried it and it works like a charm! Here's how to do it. 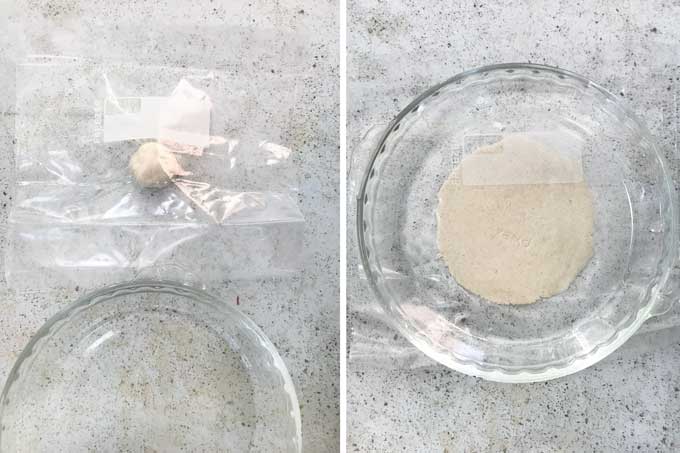 HOW TO COOK THE TORTILLAS 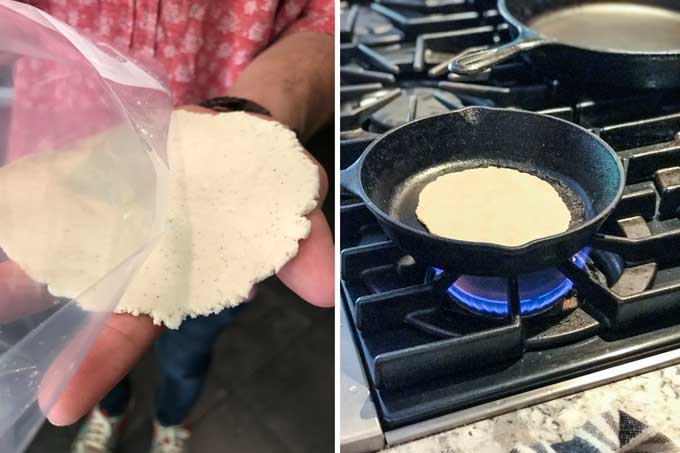 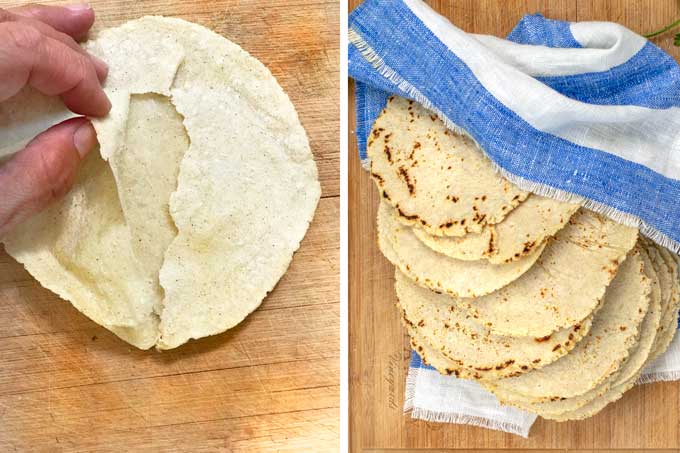 WHAT IS MASA HARINA?

Just to clear up any confusion about what kind of flour to use when making corn tortillas, here's the scoop. 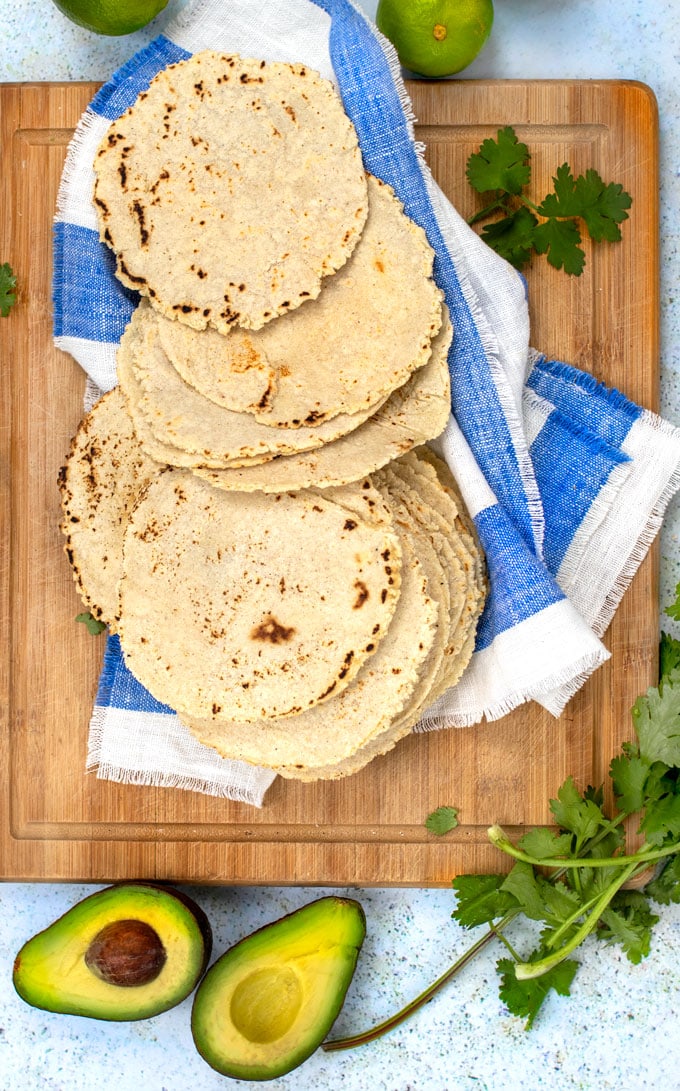 Corn tortillas are an essential ingredient in so many of my favorite Mexican, Tex-Mex and Latin American dishes: Chicken Enchiladas, Huevos Rancheros, Fish Tacos, and Mexican Lasagna, just to name a few.

If you have the time and inclination, try making any one of these dishes with homemade corn tortillas and see how something already delicious can get even better!

Here's the recipe for homemade corn tortillas. If you try this recipe I hope you'll come back to leave a star rating and comment. Paul and I would love to know what you think!

Make Tortillas Without A Press: Use a flat-bottomed glass pie plate as a tortilla press. Lay the plastic bag on your work surface, folded over the dough ball. Put the pie plate on top and press it down to smush the dough into a pancake. Gently tilt the plate from side to side until the tortilla is as thin as you like. For more details, see photos and explanation in post.

Make Tortillas ahead of time: Corn tortillas are extra delicious when they're freshly made but they can be made ahead of time and stored in an airtight plastic bag in the fridge for up to three days. For best results, reheat them, one at a time, in a hot skillet, for about 15 seconds per side. To keep them warm, stack them and wrap with a clean towel.