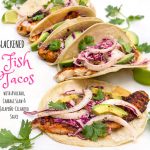 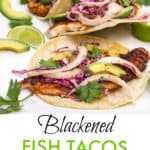 Here's an easy Blackened Fish Tacos recipe that will make everyone happy at the table. Tender fish with a spicy flavorful blackened crust, tucked into warm corn tortillas with a seriously scrumptious slaw! 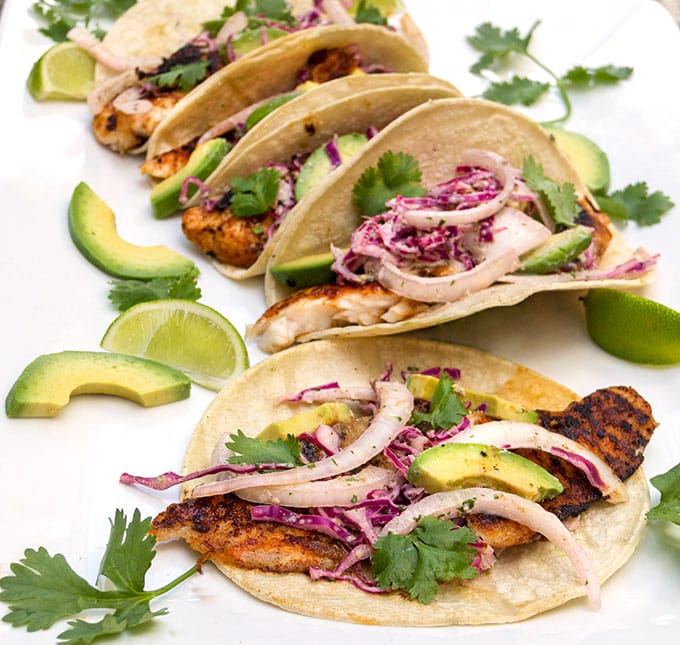 This blackened fish tacos recipe is easily manageable for a weeknight dinner. 'Blackening' is a flavorful technique for cooking fish, and it's fast. The slaw is creamy, crunchy, spicy, wonderful, with shredded red cabbage and white onions tossed with a puree of sour cream, jalapeño peppers, cilantro, and lime juice.

Blackened fish is a Cajun dish invented in late 1970's by New Orleans chef Paul Prudhomme when he was head chef at Commander's Palace. His blackening technique was an instant hit in the South and quickly spread in popularity to the rest of the country.

Prudhomme is credited with popularizing Cajun-style cooking in America. In 1979 he launched his own New Orleans restaurant K-Pauls Louisiana Kitchen, where one of his signature dishes was, and still is, blackened locally-sourced drumfish. He serves it with vegetables and mashed potatoes.

How to make blackened fish tacos

The most important thing to know about making blackened fish is that it creates a lot of heat and smoke. An outdoor grill is ideal. If you're cooking indoors, be sure to use a cast iron skillet and turn your exhaust fan to the highest setting. Be careful if you are using a non-stick pan, some coated pans are not safe to use at high temperatures. Cast iron is a great choice for high heat cooking. 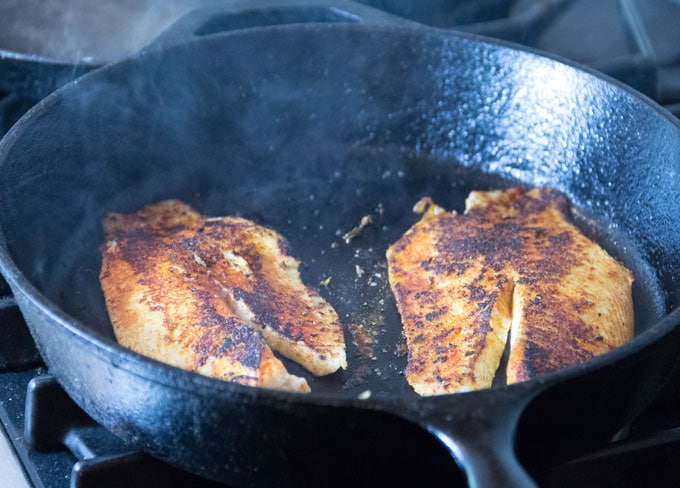 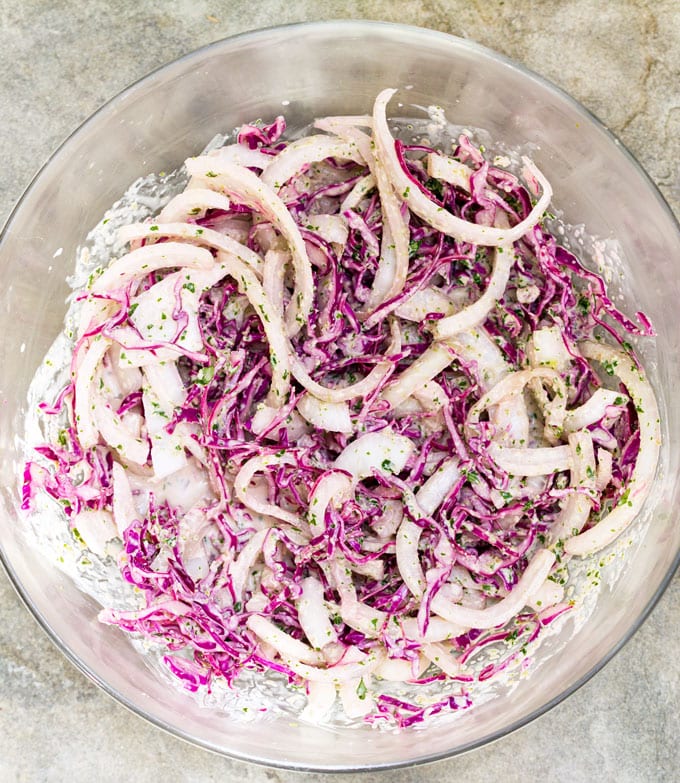 Fish tacos - putting it all together 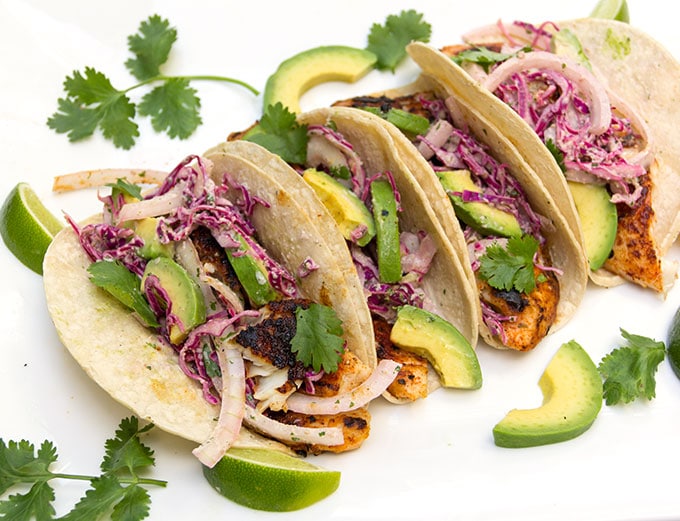 What kind of fish works best for blackened fish tacos?

Choose firm white fish fillets such as snapper, tilapia, grouper, catfish, halibut or flounder. Any of these will hold up to high-heat searing and will taste delicious with the blackening spices.

If you have time, you may want to try making these fish tacos with homemade corn tortillas!

Here's the recipe for blackened fish tacos. If you try this recipe I hope you'll come back to leave a star rating and a comment. I'd love to know what you think!

Adapted from a recipe in Cooking Light.

Equipment: You'll need a cast iron skillet for this recipe. The alternative is to use your barbecue grill.

For the Blackening Spices:

Fish and other ingredients:

*This recipe assumes 2 tacos per person