×
You are here: Home / Breakfast / Shakshuka with Spinach and Feta
Jump to Recipe·Print Recipe

Shakshuka is one of the world's great egg dishes. This shakshuka recipe, given to me by Israeli chef Einat Admony, has baked eggs in thick richly spiced tomato sauce with bell peppers, spinach and feta. Though this dish is traditionally served for breakfast, I also love this shakshuka for brunch, lunch or dinner.

My friend Jim Solomon invited me to his restaurant, The Fireplace, for an Israeli brunch, prepared by chef Einat Admony. Einat, originally from Tel Aviv, now lives in NYC where she runs two critically-acclaimed restaurants, Taïm and Balaboosta. I was introduced to shakshuka at that brunch and was completely bowled over by it.

Einat's hearty, flavorful shakshuka is one of those supremely satisfying vegetarian dishes that makes everyone at the table happy. I'm  thrilled that Einat gave me permission to share her incredible shakshuka recipe here on Panning The Globe.

The concept of Shakshuka is very simple: baked eggs in spiced tomato sauce. But the particular spices that Einat uses are something special. And I love the added kick from the jalapeños. I decided to add feta cheese which melts into the spicy sauce, adding a salty creamy component. But feel free to leave it out if you prefer to go non-dairy.

How To Make Shakshuka:

This whole dish can be cooked in an oven-ready skillet, if you have one. If not, you can cook the sauce in a pot and then assemble and bake the shakshuka in a casserole dish. You can make this with fresh or frozen spinach. 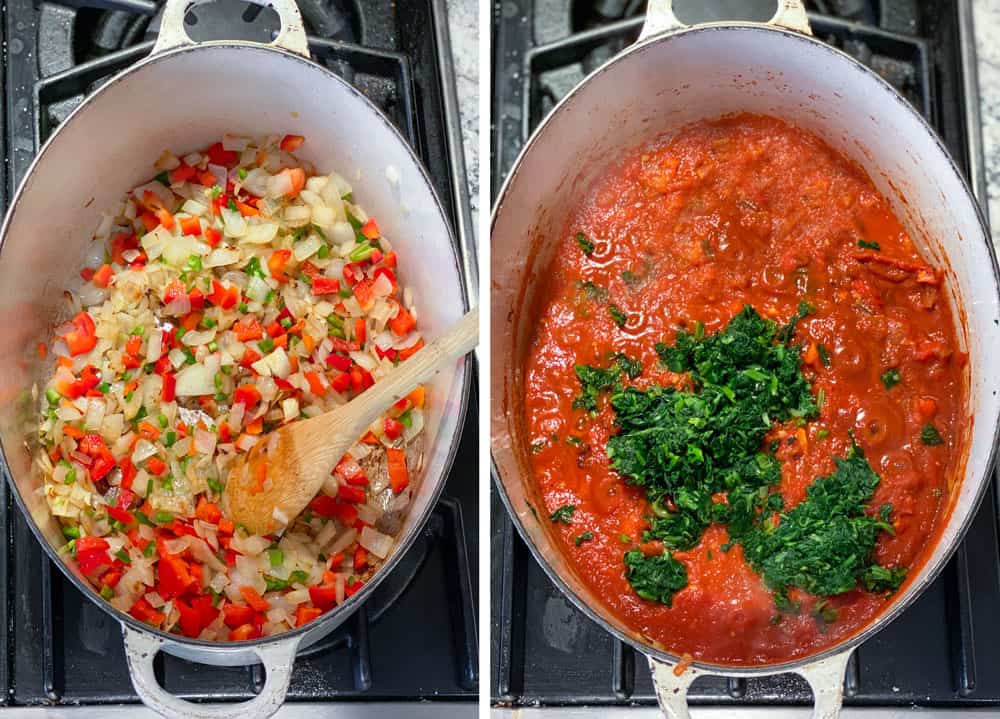 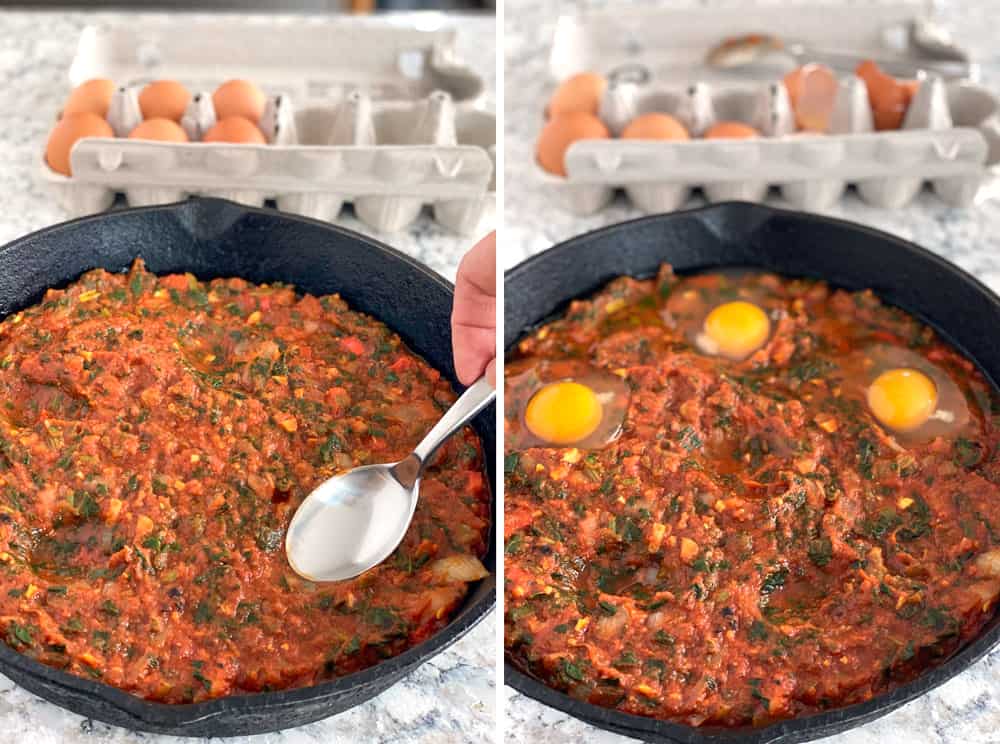 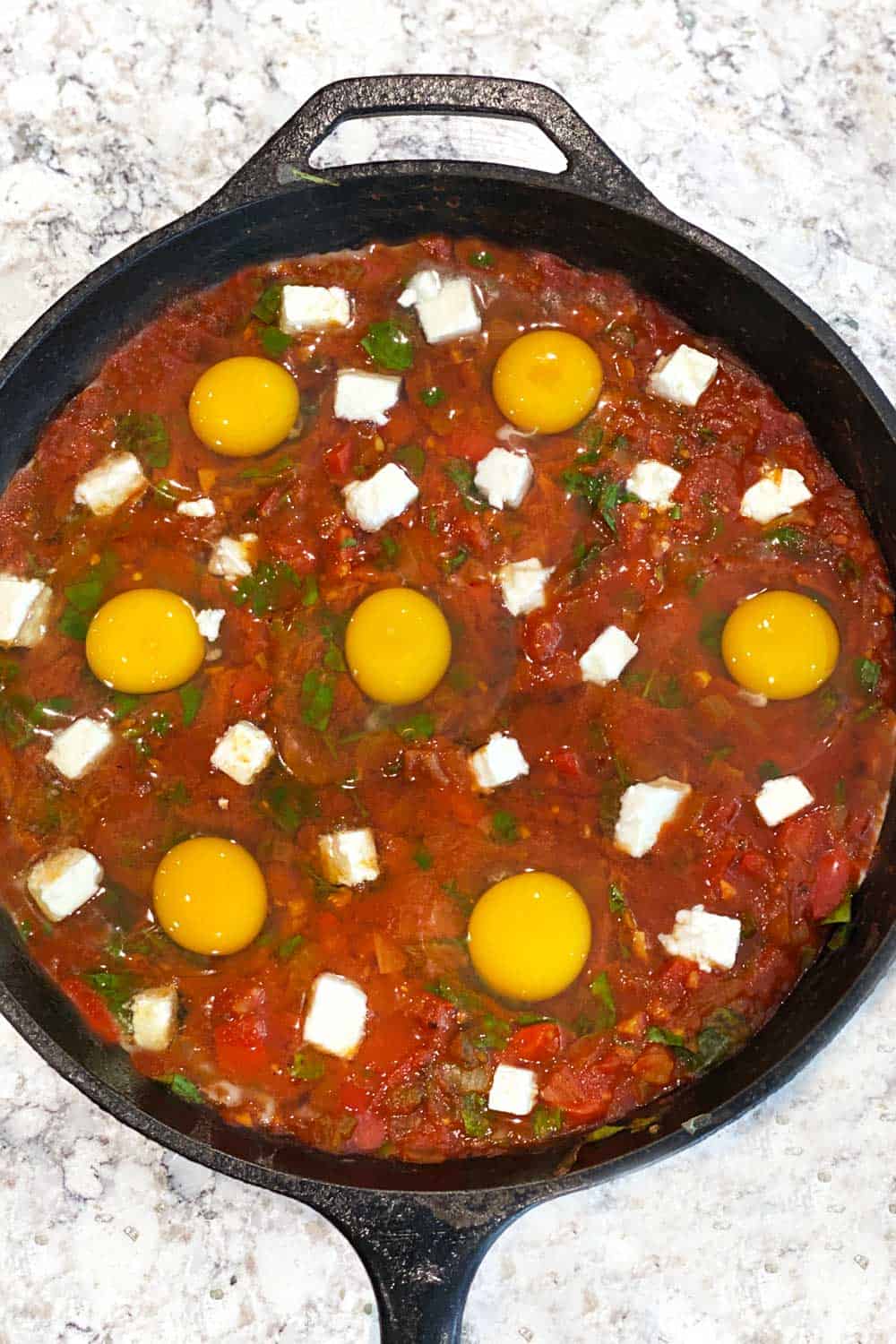 Serve shakshuka hot, with crusty bread for sopping up all the delicious sauce. If you're making shakshuka for dinner, this green salad with lemon-dijon vinaigrette will work well on the side, or this butter lettuce salad with citrus honey vinaigrette. 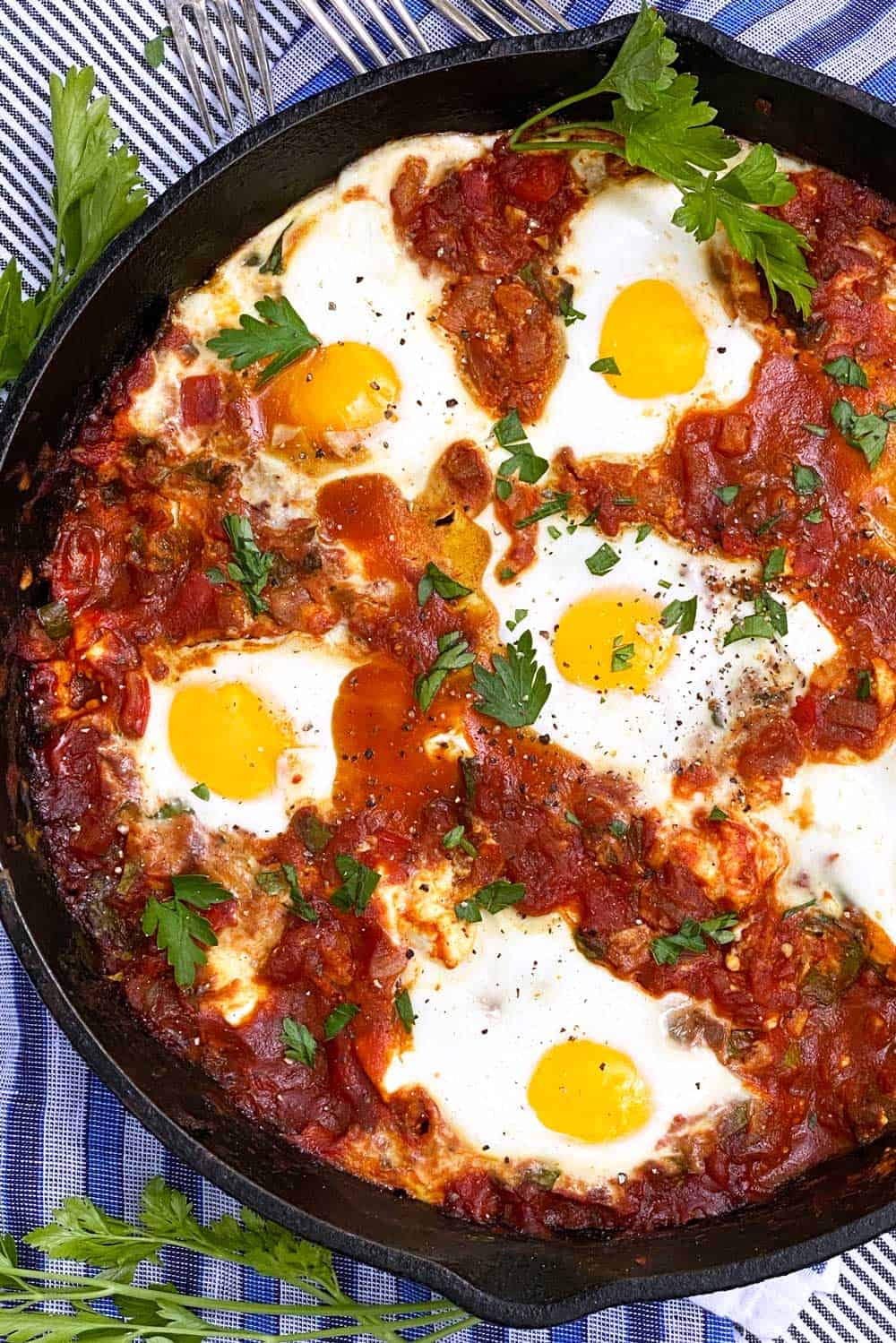 Here's the shakshuka recipe. If you make this, I hope you'll come back to leave a star rating and a comment. I'd love to know what you think.

Shakshuka with Spinach and Feta

Baked eggs in spicy tomato sauce with spinach and feta, a hearty vegetarian dish that satisfies for breakfast, brunch, lunch or dinner.

Adapted from a recipe by Einat Admony

This whole recipe can be cooked in an oven-ready skillet or you can cook the sauce in a pot and then bake the shakshuka in a casserole.

If using frozen spinach, defrost a 10-ounce pack of frozen chopped spinach and use a third of it. Squeeze out the excess water before using it.

[This post first appeared on Panning The Globe in March 2013. It was updated in May 2020 with new photos and a few tweaks to the written post. Same delicious recipe!]