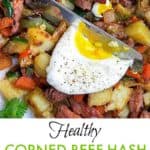 This corned beef hash recipe has carrots, zucchini, bell peppers and onions, in addition to corned beef and potatoes. The extra veggies add so much great flavor to this DELICIOUS hash. It's perfect for St. Patrick's Day or any time you want corned beef hash for breakfast, lunch or dinner. 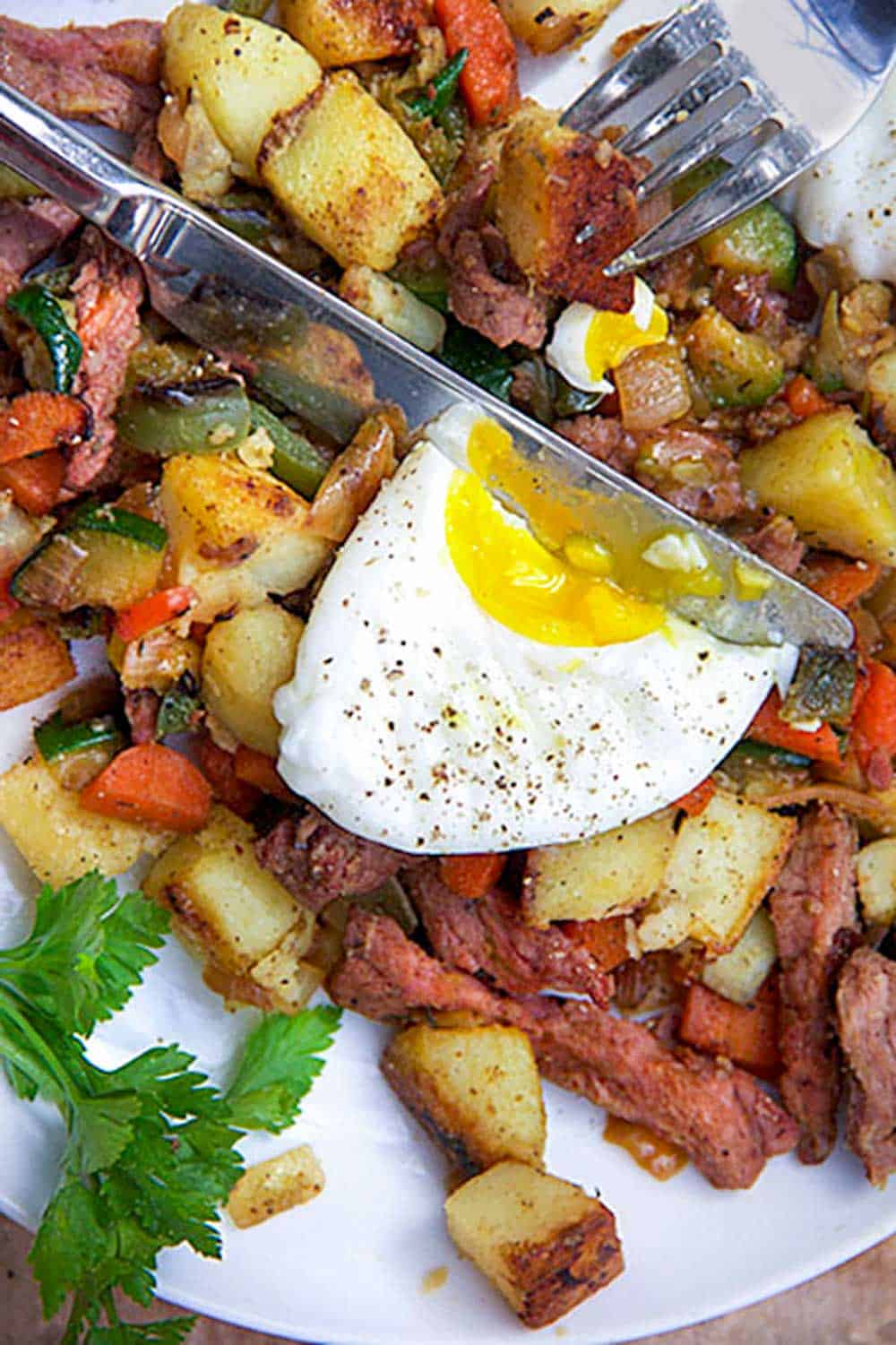 I love the concept of hash: a big messy delicious jumble - heavy on the potatoes - bits of tasty onion & bell pepper strewn around, shreds of salty meat in every bite, the yolk of a soft cooked egg dripping down over a crispy brown hunk of potato.... mmmm.

Leftover corned beef  is my inspiration for this dish but there is no need to limit yourself to St. Patrick's Day. Make this any time of year. Use ham or bacon instead of corned beef for an equally delicious hash!

With so many veggies in the mix, this corned beef hash recipe makes a full balanced meal. Shredded Brussels sprouts would also be great in this dish, don't you think?

This hash is cooked in two stages. 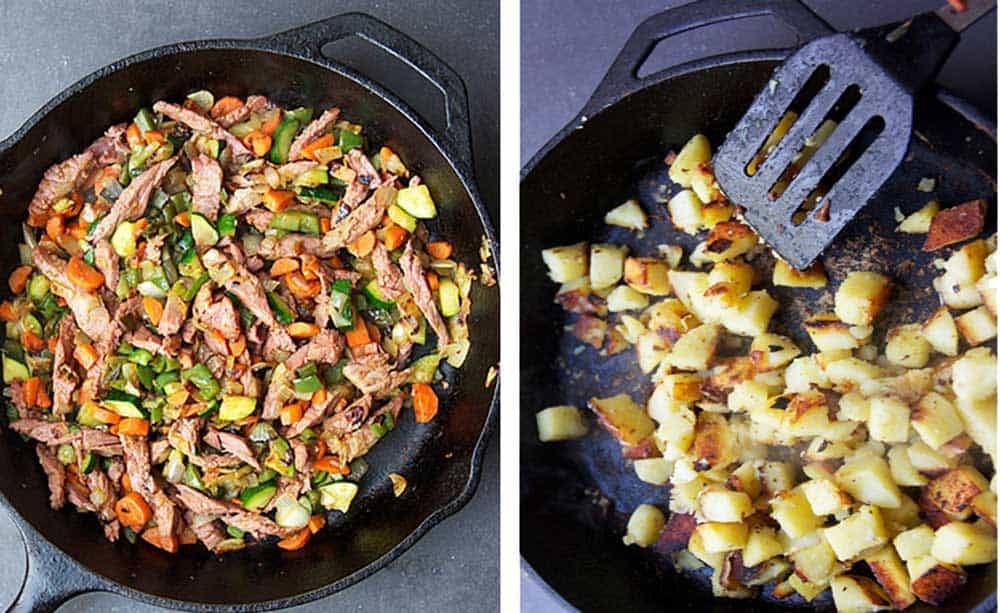 Keep the corned beef hash warm in the oven until you're ready to serve. 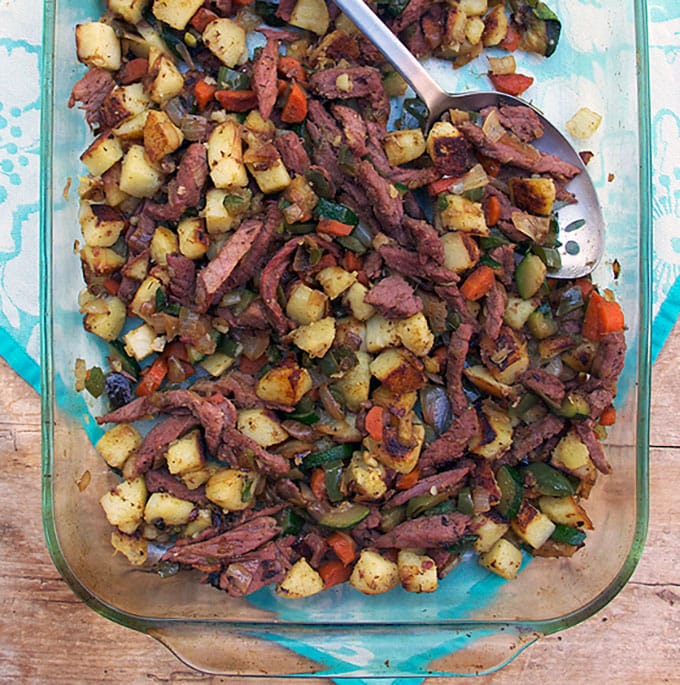 How to Serve Corned Beef Hash:

Now that you have delicious corned beef hash, the crowning touch, in my opinion, is a poached egg.

How to make perfect poached eggs:

Of course corned beef hash is great for breakfast or brunch. But I think it's also the perfect "breakfast for dinner" recipe - especially this corned beef has recipe, with loads of veggies. 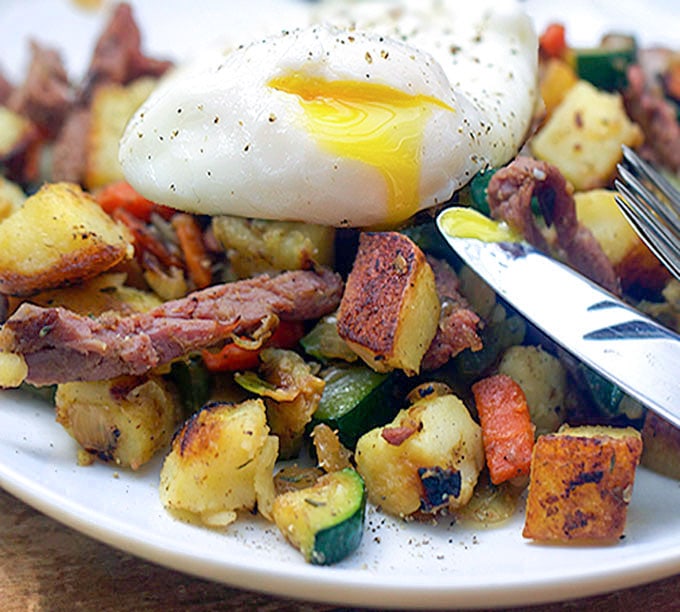 Here's the Healthy Corned Beef Hash recipe. If you try this recipe I hope you'll come back to leave a star rating and a comment. I'd love to know what you think! 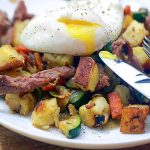 Corned beef hash with lots of vegetables the mix makes a full healthy meal. Even better with a poached egg on top.