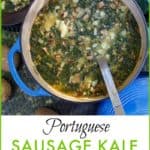 Portugal's famous sausage kale potato soup, also known as caldo verde, is beyond delicious! Made with smoky garlicky sausages and plenty of kale and potatoes, this hearty soup verges on a stew and make a wonderfully satisfying one-pot dinner.

In Portugal the most popular meat is pork and the best-loved soup is sausage kale potato soup. When I was in Lisbon and Porto there was a version of caldo verdo on every restaurant menu. It's also a popular dish at weddings and other special occasions.

The Caldo Verde recipe originated in the Minho region of northern Portugal. You might be familiar with the delicious sparkling wine called Vinho Verde, which hails from that same region. 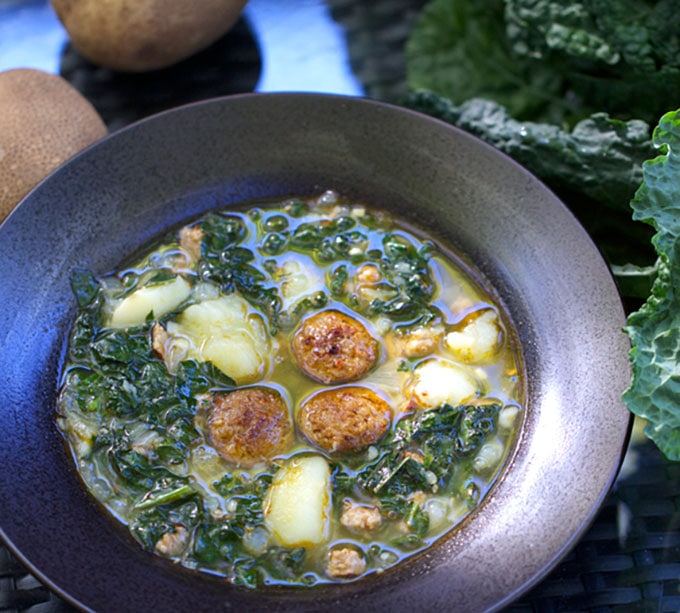 There are only 6 main ingredients in this soup: sausages, kale, potatoes, chicken broth, onions and garlic.

How to prepare kale

How to prepare the potatoes 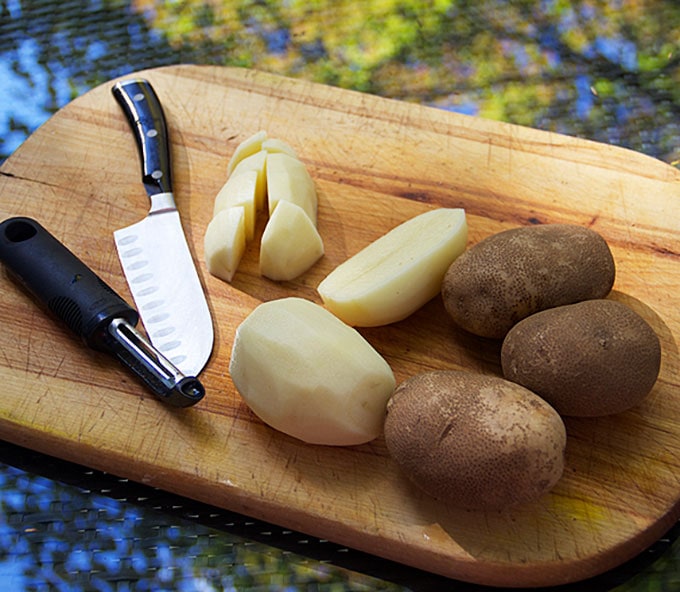 What to serve with Sausage Kale Potato Soup 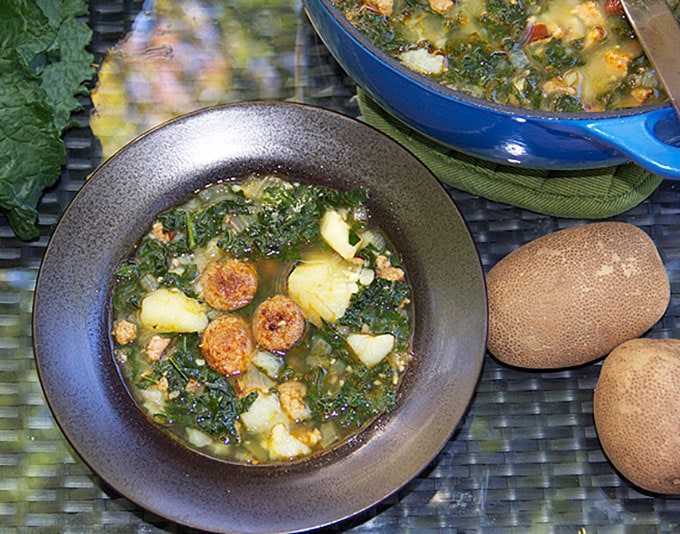 If you like this kind of tasty one-pot dinner, here are a few other Panning The Globe recipes you might enjoy: 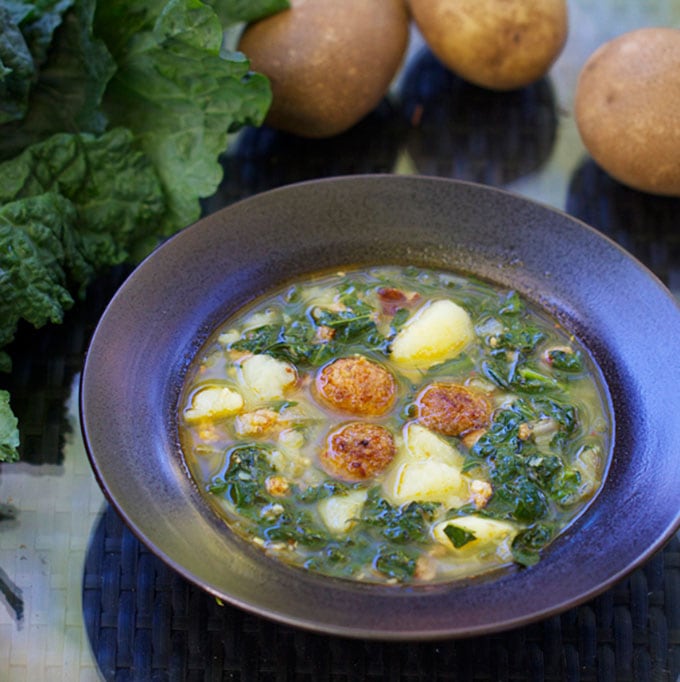 Here's the recipe for Portuguese Sausage Kale Potato Soup. If you try this recipe I hope you'll come back to leave a star rating and a comment. I'd love to know what you think! 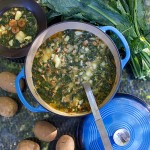