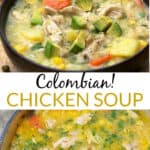 There's no cream in this delicious creamy Colombian chicken soup. Ajiaco (the Spanish name) is thickened with potatoes and corn and has plenty of tender shredded chicken. 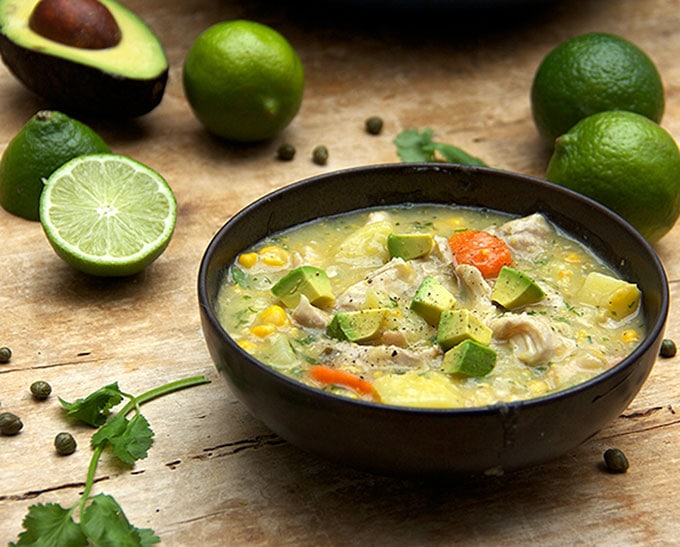 This is a hearty soup, verging on stew. The broth is rich and creamy but without any cream!  It's made from chicken stock, pureed corn and grated potatoes.

Once the soup has cooked down to a wonderfully thick consistency, more corn and potatoes are added, along with shredded chicken, carrots, cilantro, and lime juice. The final tasty layer is a garnish of cubed avocado and salty capers. 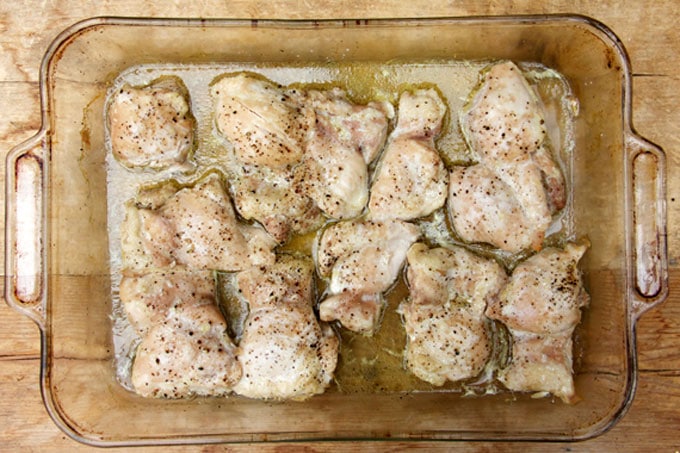 Chicken thighs are so delicious when you simply salt and pepper them, drizzle a little olive oil over them, and roast them in the oven for 20 minutes. Then they can easily be shredded and added to the soup. 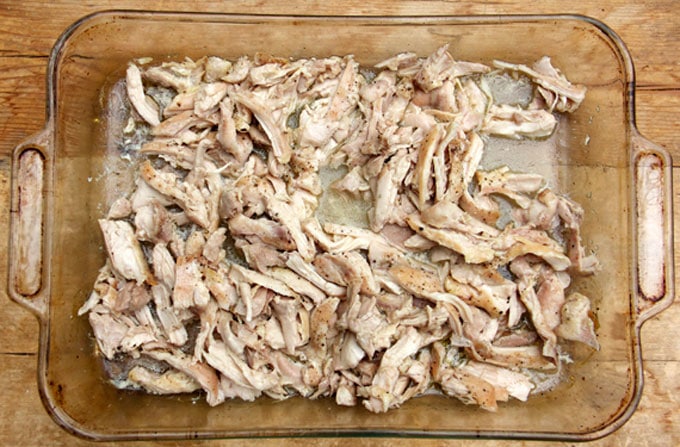 An Adaptation of Traditional Ajiaco

Ajiaco is a very popular dish in Bogota, Colombia's capital city. My version is inspired by the classic Colombian dish but not quite the same. The traditional recipe calls for whole chunks of corn on the cob. I opted for kernels.

Another ingredient always found in the traditional version is an herb called guasca, which is common in South America but also not so easy to find outside of SA, at least not in Newton Massachusetts. Luckily, a couple of bay leaves simmered in the broth make a good substitute. 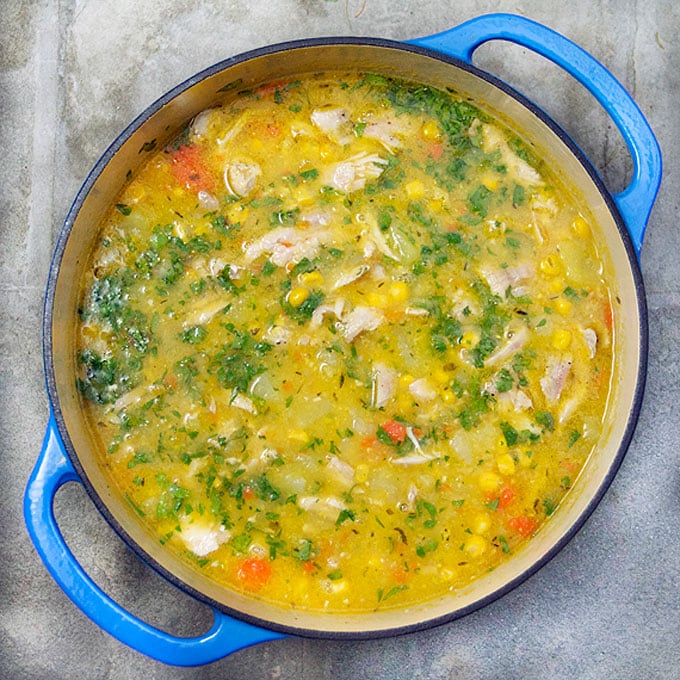 I like to serve Colombian chicken soup with a citrusy green salad. It makes a great weeknight dinner but I also wouldn't hesitate to serve Ajiaco to company. 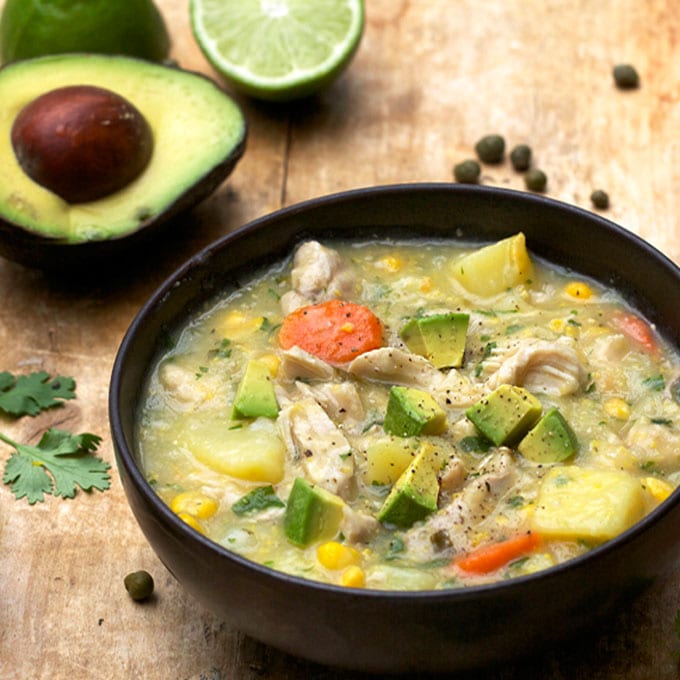 Here's the recipe for Ajiaco: Colombian Chicken Soup. If you try this recipe I hope you'll come back to leave a star rating and a comment. I'd love to know what you think! 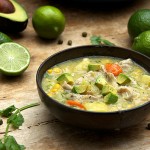 Adapted from a recipe in Cooking Light Global Kitchen