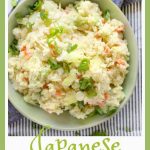 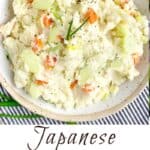 Try something special and make Japanese potato salad for your next backyard barbecue or picnic. The potatoes are mashed, combined with crunchy carrots, cucumbers and scallions, and tossed with a zesty mustard-vinegar-mayo dressing. A really great potato salad that has become our go-to! 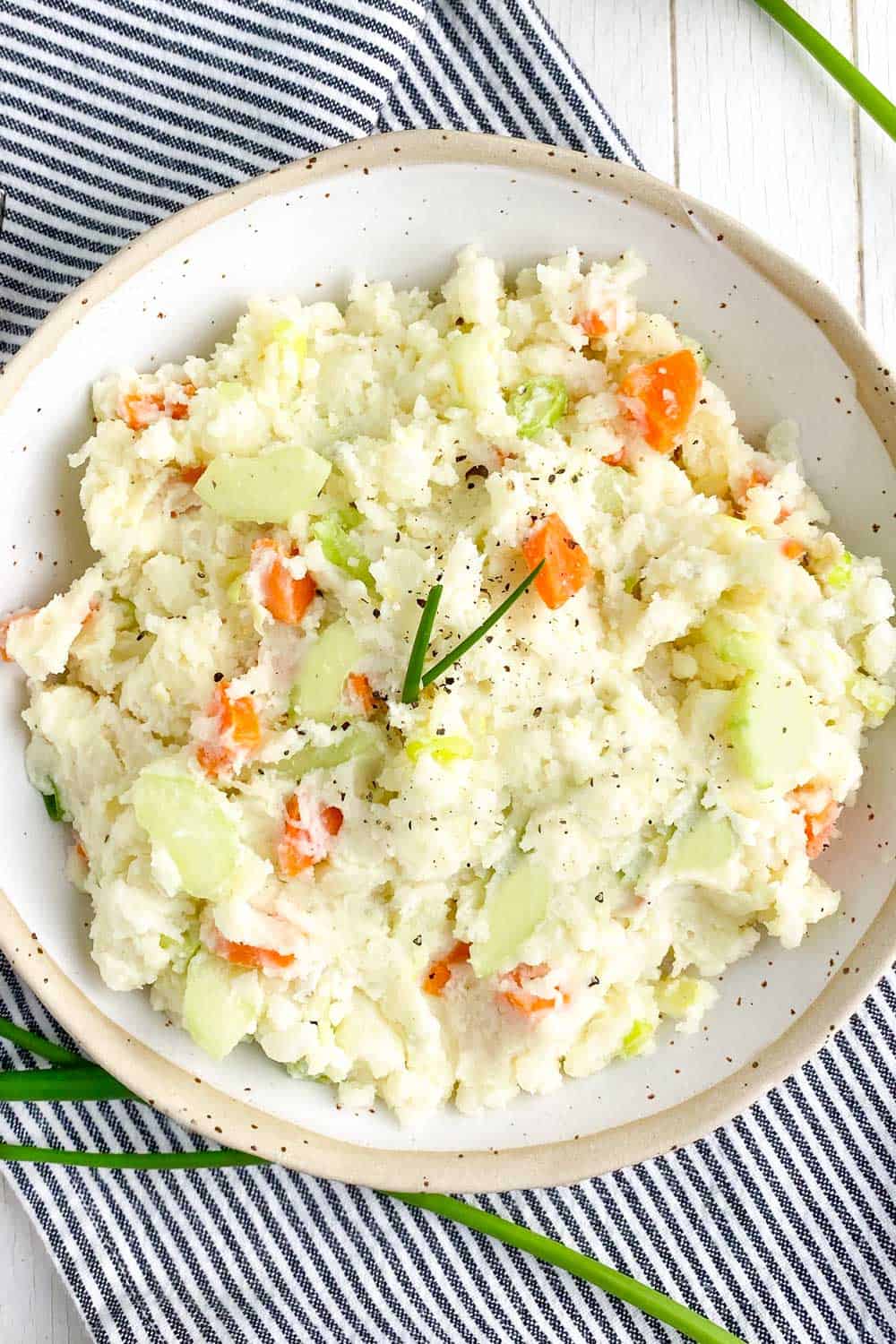 Japanese potato salad falls into the category of yōshoku: Japanized "Western" food. Just as we Americans "Americanize" Japanese food by adding such things as cream cheese and avocado to sushi, for example, Japanese chefs have taken certain European and American dishes and tweaked them to suit their own palates.

I learned about Japanese potato salad while developing a recipe for Japanese Yakitori Chicken  because in Japan you'll often find these two dishes side by side. They're meant for each other. Just add some ice cold Japanese beer for a meal of pure perfection.

Japanese potato salad is perfect summer fare, great for a picnic, outdoor entertaining, or on the side with anything grilled.

HOW TO MAKE JAPANESE POTATO SALAD

This recipe comes together quickly and easily, especially if you do all your slicing and dicing while the potatoes are boiling. 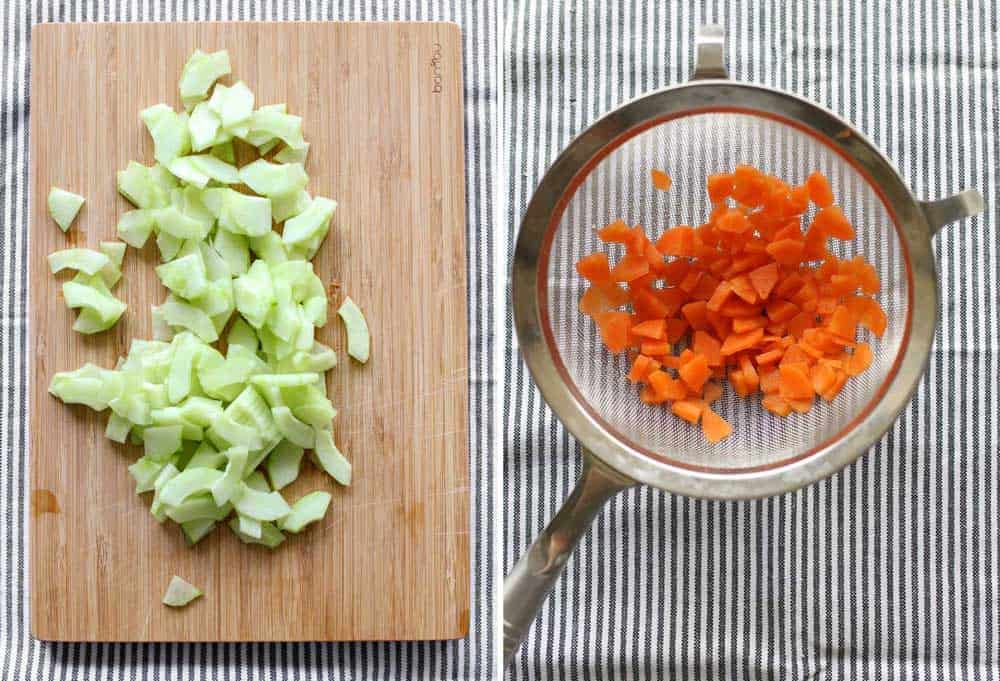 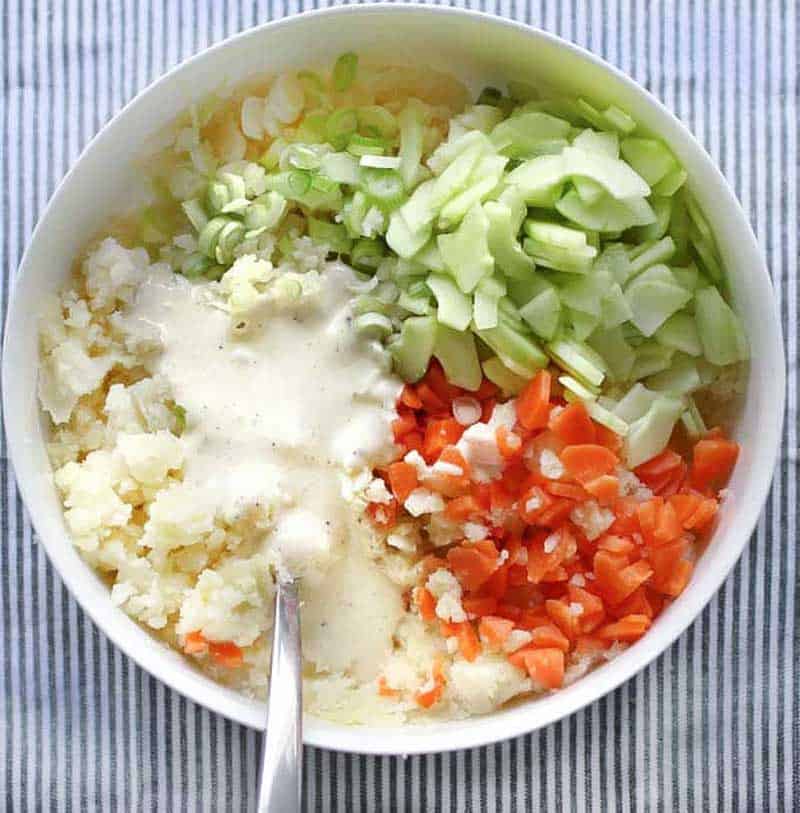 You can make this Japanese potato salad up to a day ahead and keep it covered in the fridge. It will last for several days in the fridge but the veggies are at their crispest and best if eaten within 24 hours. 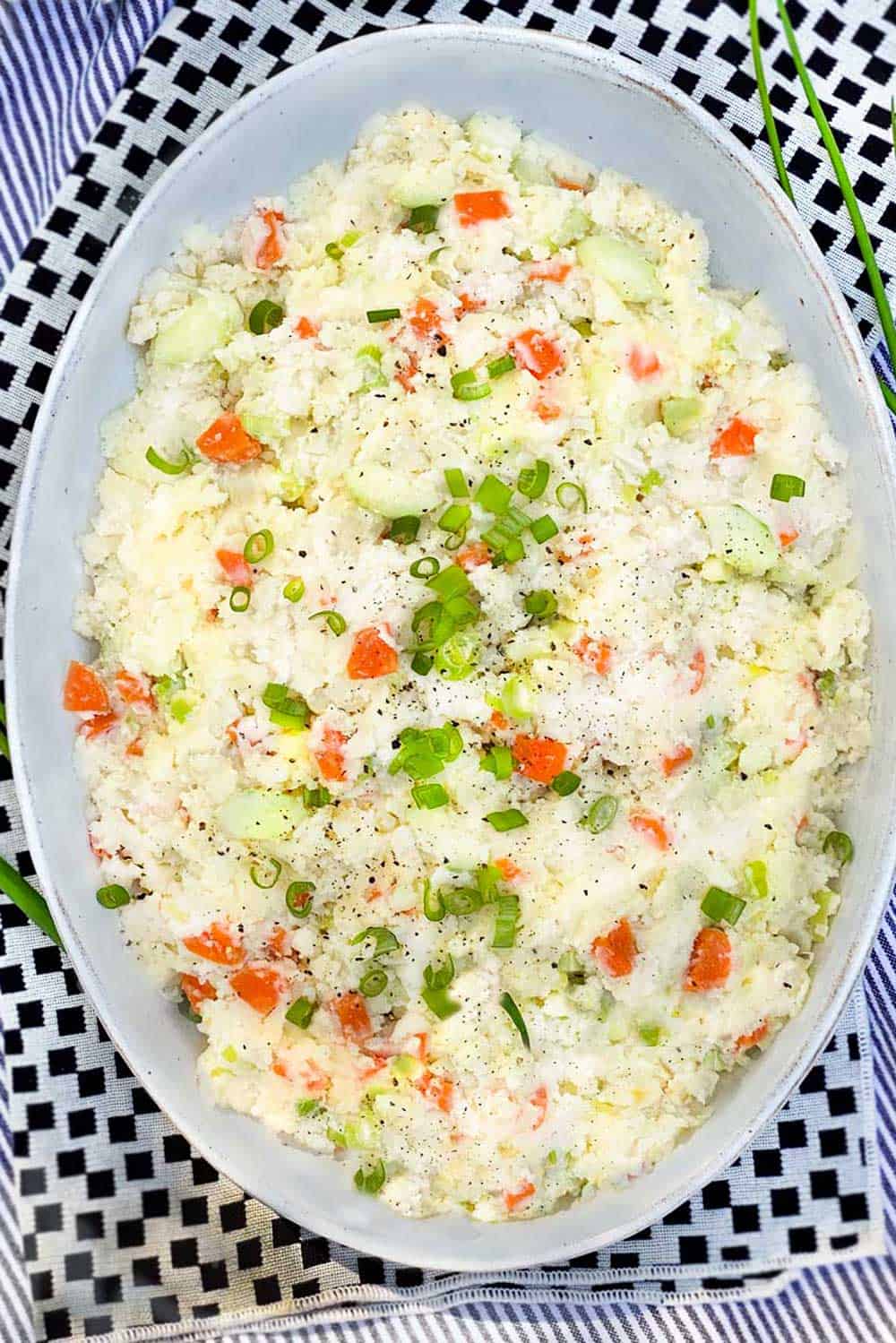 Let's talk about mayo for a minutes. Japanese Potato Salad is traditionally made with Japanese Kewpie Mayonnaise which is sweeter and tangier than American Mayo. You can find it at Asian grocers or on Amazon. The problem for me is that MSG is a key ingredient in Kewpie Mayo. I'm sure the MSG adds a delicious punch of umami flavor to the mix but many people have an averse reaction to MSG.

I opted for good old Hellmann's Mayonnaise and I am thrilled with the outcome. If you go with Hellmann's and you want a bit more sweetness or tang, add an additional teaspoon or two of rice vinegar and sugar to the dressing. 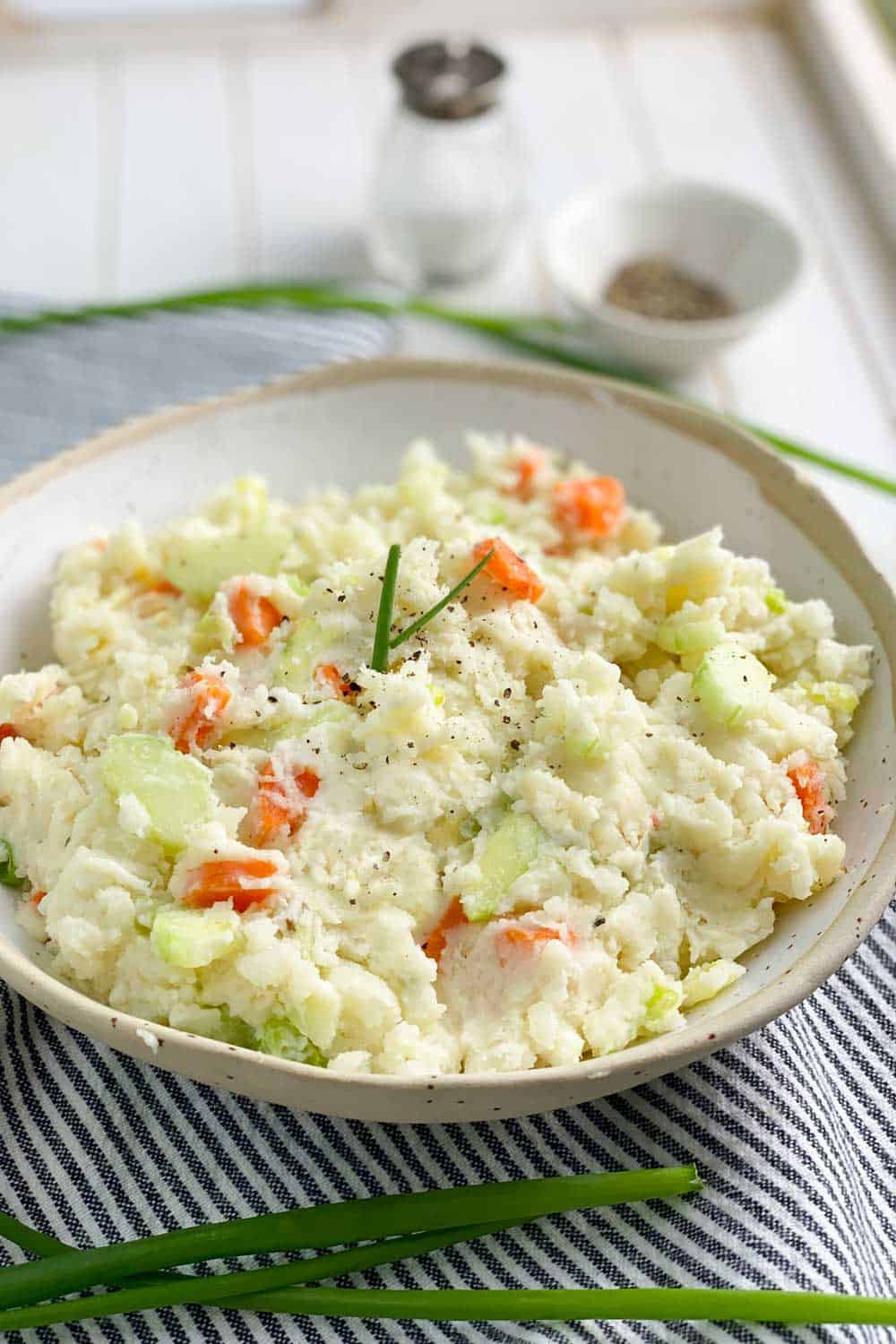 Interested in trying other potato salad recipes from around the globe?

For a delicious mayo-free Potato Salad try this French Potato Salad or for something unique and festive, try this bright pink Estonian Potato and Beet Salad.

Here's the recipe for Japanese Potato Salad. If you try this recipe I hope you'll come back to leave a star rating and a comment. I'd love to know what you think.

Japanese potato salad: a creamy potato salad of partially mashed potatoes dotted with crunchy carrots, cucumbers and scallions, and tossed with a zesty mustard-vinegar-mayo dressing. A great side dish for picnics, summer grilling and the outdoor entertaining season.

For The Potatoes and Vegetables

Scraping the seeds out of the cucumbers is an important step because the seeds are very watery and will make your salad soggy.

Authentic Japanese potato salad calls for Japanese Kewpie mayonnaise but because MSG is a key ingredient in Kewpie Mayo and many people are sensitive to MSG, I've chosen to use Hellmann's Mayo instead. I'm extremely happy with the flavors using Hellmann's but feel free to substitute Japanese Kewpie Mayonnaise if you like.

[This post first appeared on Panning The Globe in May 2018. It was updated in May 2020 with new photos and a few tweaks to the written post.]