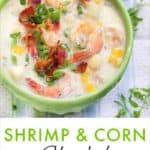 Shrimp and Corn Chowder - a delicious lightened-up version of a comforting classic. 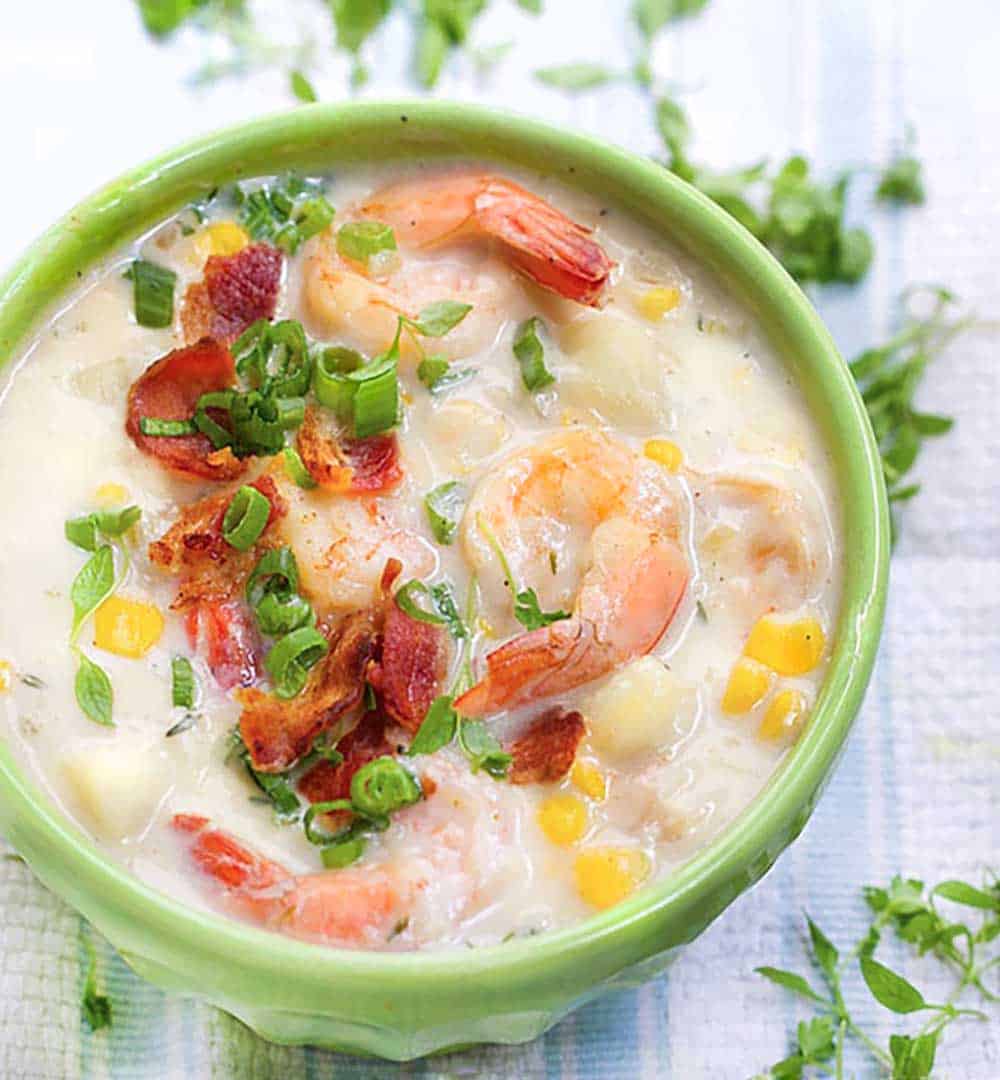 Whenever I eat chowder, I think about my husband Eddie's story of when he worked for a Boston catering company called "Clambake America." It was a summer job he had when he was in college.

One weekend he and his co-worker Cookie were on the serving line - catering a corporate event for a group of business people from North Carolina. The chowder was ladled out and everyone was lining up for their bowl, when Eddie and Cookie realized they had forgotten the spoons. It was too late to run out and buy some and Eddie asked, through his teeth while smiling outwardly, "What do we do?" Cookie whispered back "I have an idea. Just follow along." 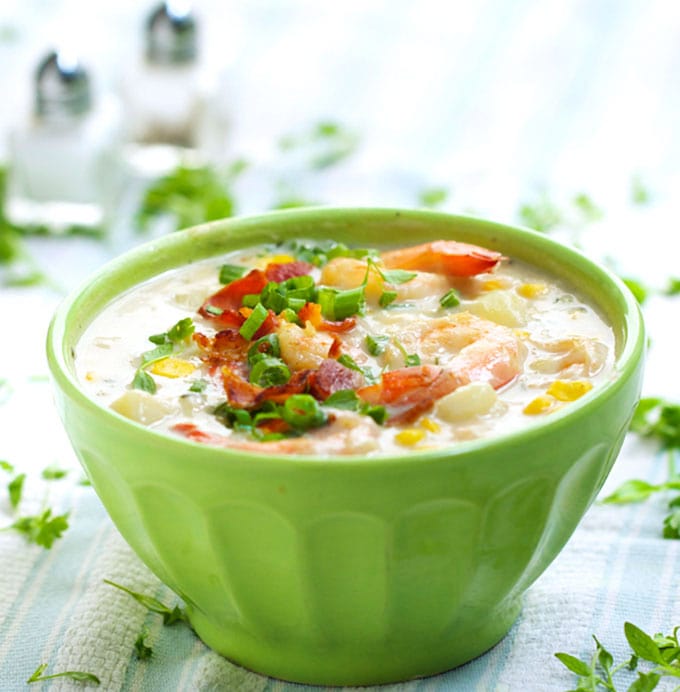 As people began to take their bowls and ask "where are the spoons?" Cookie laughed and turned to Eddie and said, really loud "Do you hear that? They want to know where the spoons are!"  Turning back to the group she said "Here in New England, we don't eat chowder with spoons."  Then she lifted a bowl to her mouth to demonstrate. Eddie laughed too and chimed in "That's so funny.  I guess in other places they use spoons for chowder. "Everyone started to laugh and raise their bowls to their mouths, happily embracing the local custom. 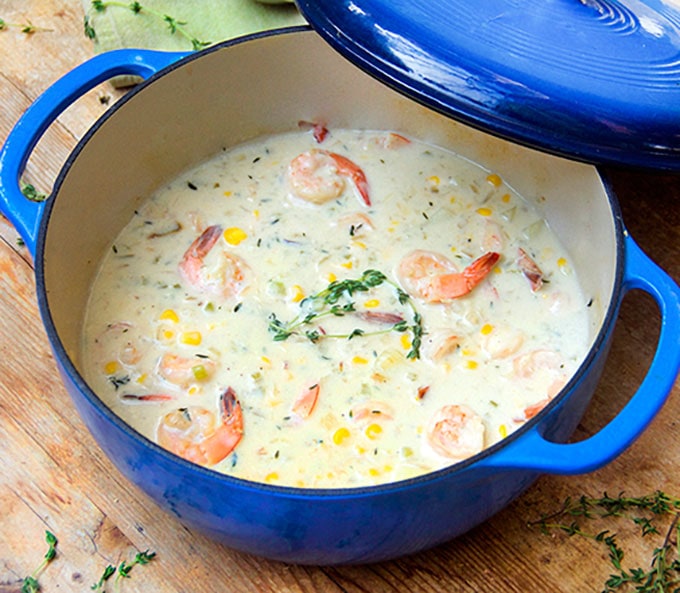 This is a really tasty, lightened-up shrimp and corn chowder, adapted from Cooking Light. There's no cream at all. The base is chicken stock and low-fat milk...and there's just enough butter and bacon to make it taste decadent!

I honestly can't imagine drinking New England clam chowder out of a bowl - it's pretty thick! But the folks from North Carolina went along with it, and Eddie and Cookie were saved!

Here's the recipe for Shrimp and Corn Chowder. If you try this recipe I hope you'll come back to leave a star rating and a comment. I'd love to know what you think!

A easy, delicious, lightened up shrimp and corn chowder.

Keywords: lightened up shrimp and corn chowder, chowder with shrimp corn and potatoes