×
You are here: Home / All Recipes / Chicken / Ottolenghi's Roast Chicken with Za'atar and Sumac
Jump to Recipe·Print Recipe 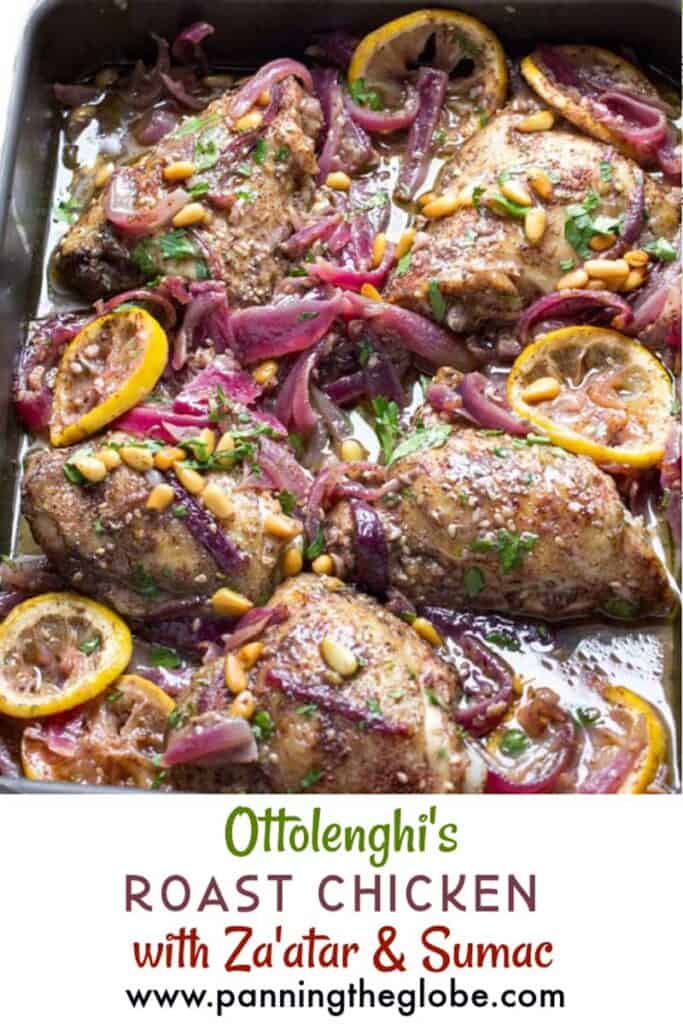 Here's an amazing roast chicken recipe from chef Yotam Ottolenghi. Chicken thighs are spiced with za'atar and sumac, tossed with onions, lemons and garlic, and roasted. This is a great dinner party recipe because you can do all the prep ahead. The chicken is tender and juicy and the flavors are fantastically delicious! 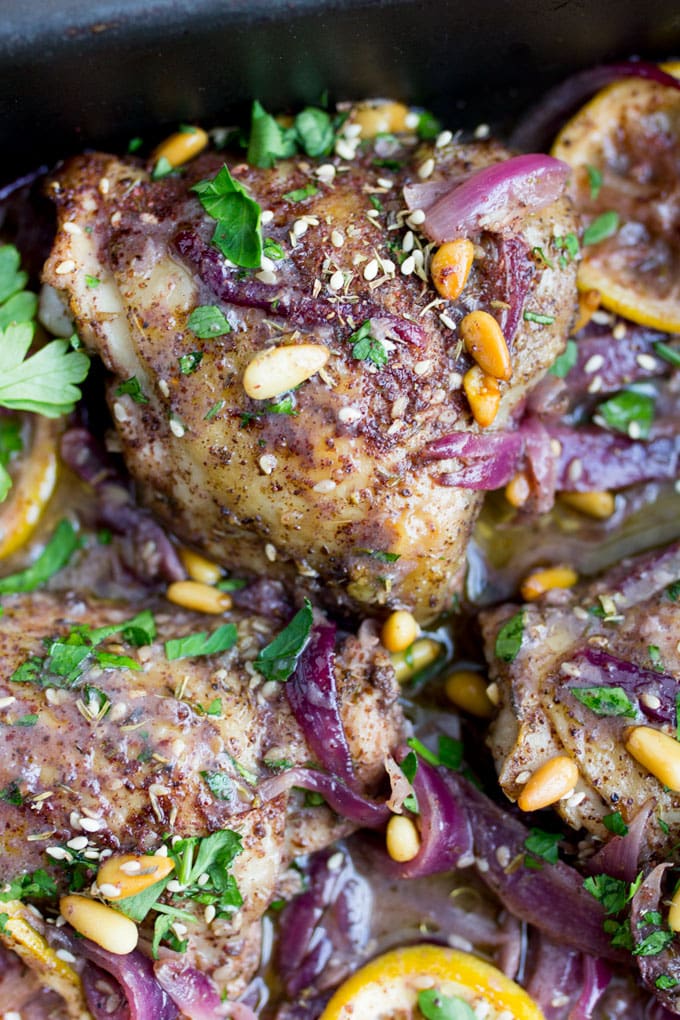 I've hosted three dinner parties since moving to London three months ago and I served this Ottolenghi's roast chicken with za'atar at all three. My guests all went back for seconds and everyone asked for the recipe, so I decided this was one I had to share.

HOW TO MAKE OTTOLENGHI'S ROAST CHICKEN 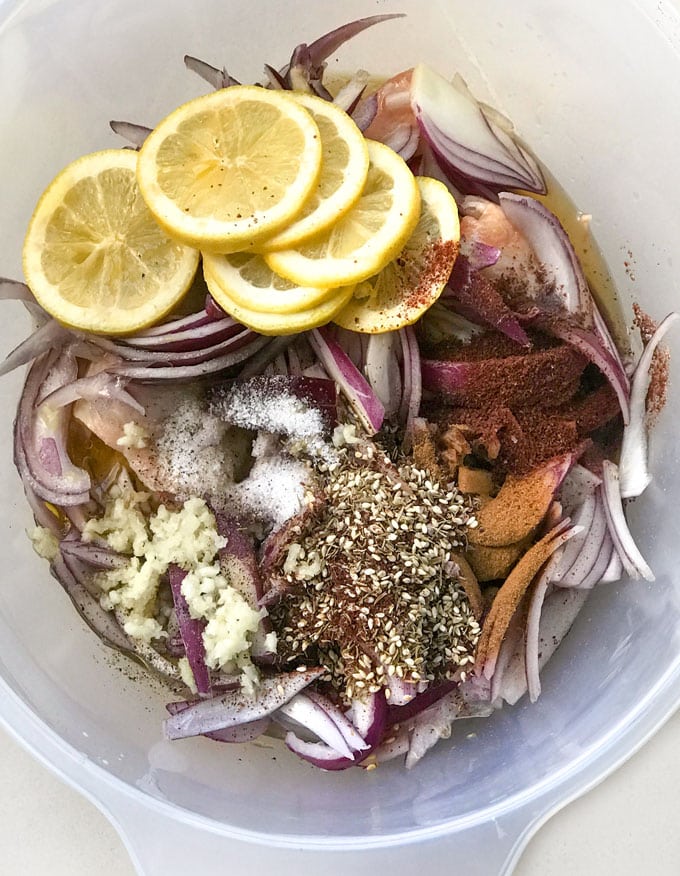 I made a few minor tweaks to the original Ottolenghi recipe. 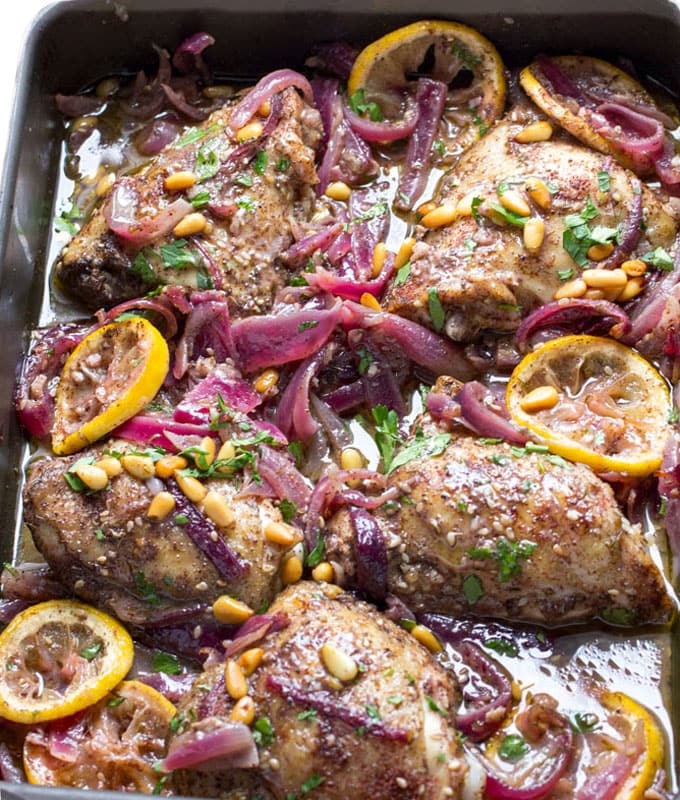 Ottolenghi has been my chef-hero for years. Now that I live in London, his home city, I find myself wanting to cook his beautiful Middle Eastern recipes more than ever. I brought very few cookbooks with me overseas but my entire Ottolenghi cookbook collection made the cut.

This roast chicken recipe comes from Ottolenghi: The Cookbook - his first cookbook and one of my favorites.

If you are an Ottolenghi fan, don't miss these other delicious Ottolenghi recipes on Panning The Globe: 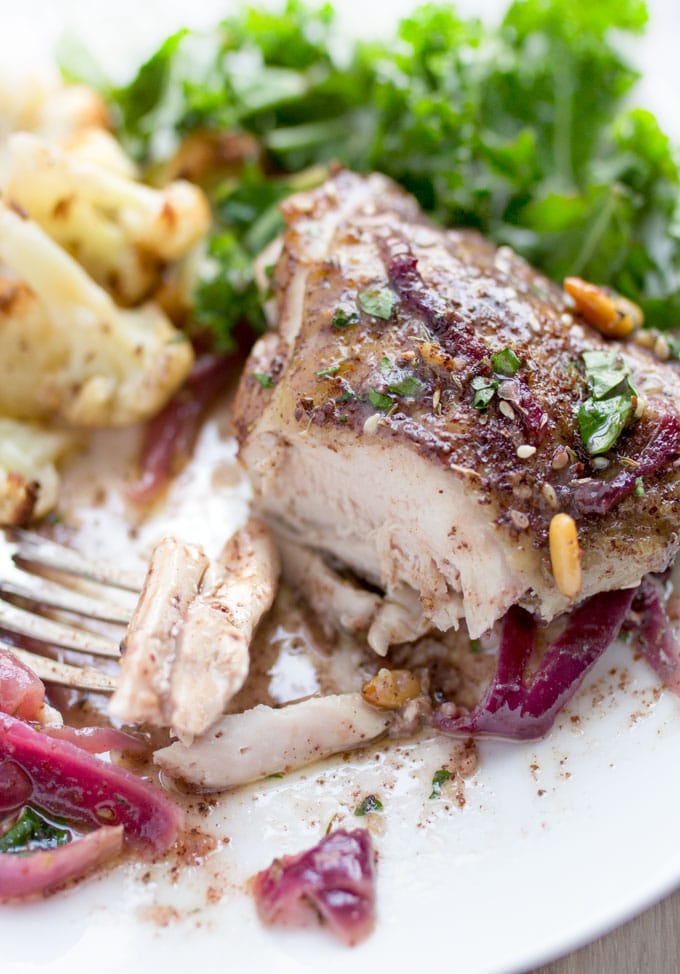 Here's the recipe for Ottolenghi's Roast Chicken with Za'atar and Sumac. If you try this recipe I hope you come back to leave a rating and a comment. I'd love to know what you think. 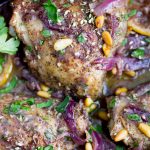 « Cauliflower Casserole with Kale and Quinoa
Your Favorite Recipes of 2017 »