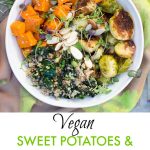 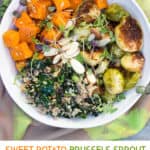 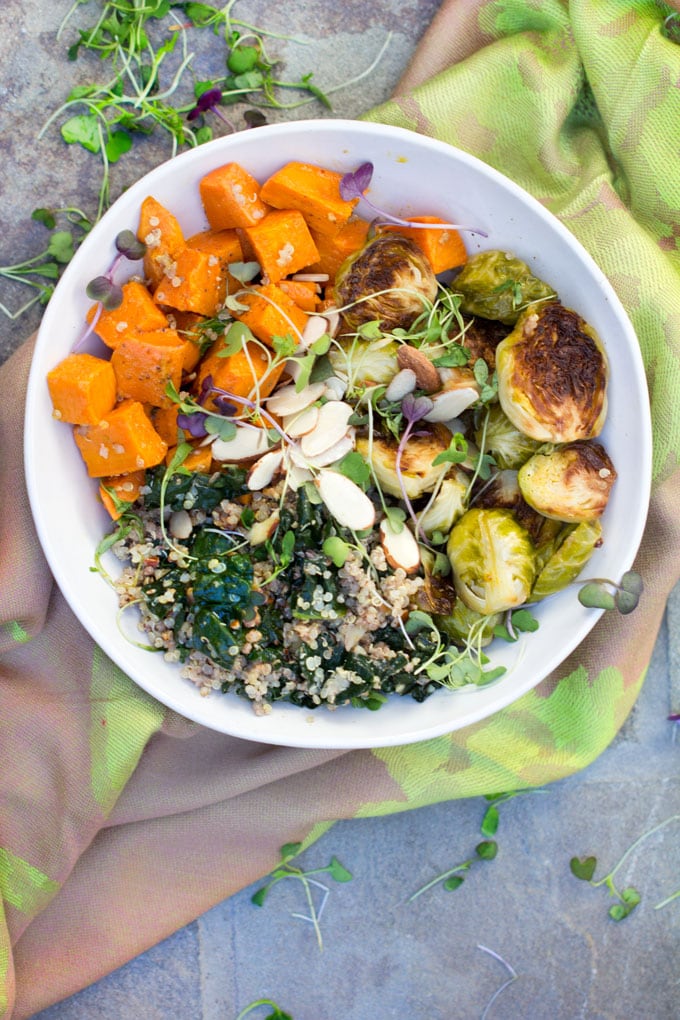 I rarely get so excited about a new food concept that I make a beeline for the grocery store to get right to it. That's what happened to me when I discovered Buddha bowls. I'm not the only one. Buddha bowls are all the rage.

WHAT IS A BUDDHA BOWL AND WHERE DID IT COME FROM?

There's lots of debate as to the origin of the buddha bowl. Here's the scoop: 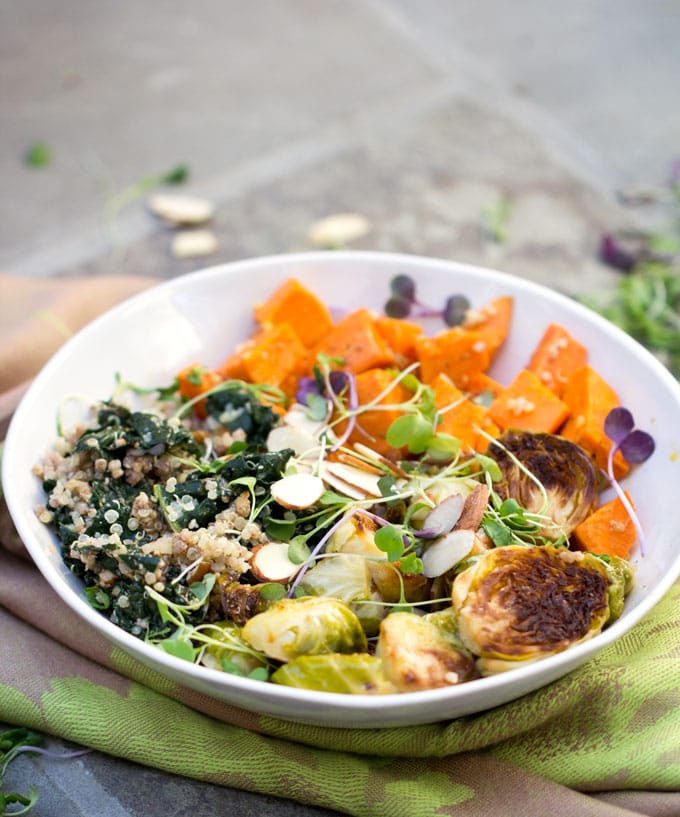 'Buddha bowl' is such a great name for this dish. It evokes a sense of serene wisdom and spiritualism, of simplicity and healthfulness. It has mystique.
Tell someone you're making buddha bowls for dinner and they will immediately be intrigued and want to know more. And they'll probably go home and make buddha bowls for dinner too.
I've always loved the concept of composed 'bowls.' It's like having your own personal little smorgasbord, packed with carefully chosen, delicious stuff. 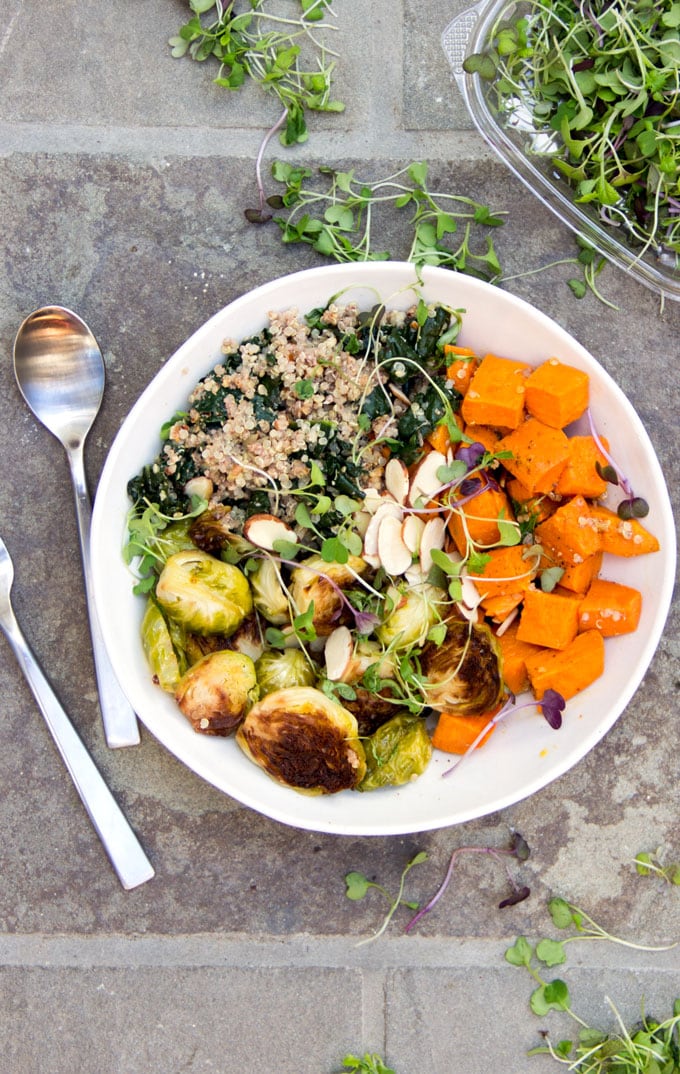 This buddha bowl features two of my favorite roasted veggies: Brussels sprouts and sweet potatoes. For a contrast in texture and flavor, I added super healthy raw dinosaur kale and cooked quinoa. Everything is tossed with lemony dressing and vegan toasted-pecan 'parmesan'. Slivered pecans and micro greens add a final layer of healthy tasty crunch.

HOW TO MAKE THIS BUDDHA BOWL:

The recipe has 5 steps: Roast the veggies, cook the quinoa, make the lemony dressing, make the pecan parmesan, assemble the bowls. 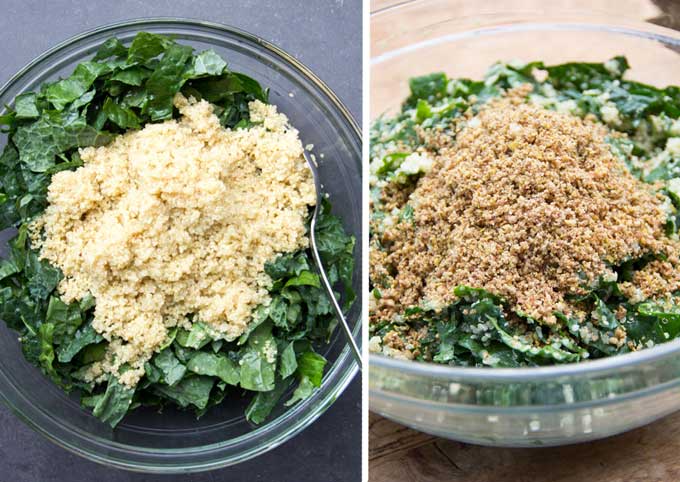 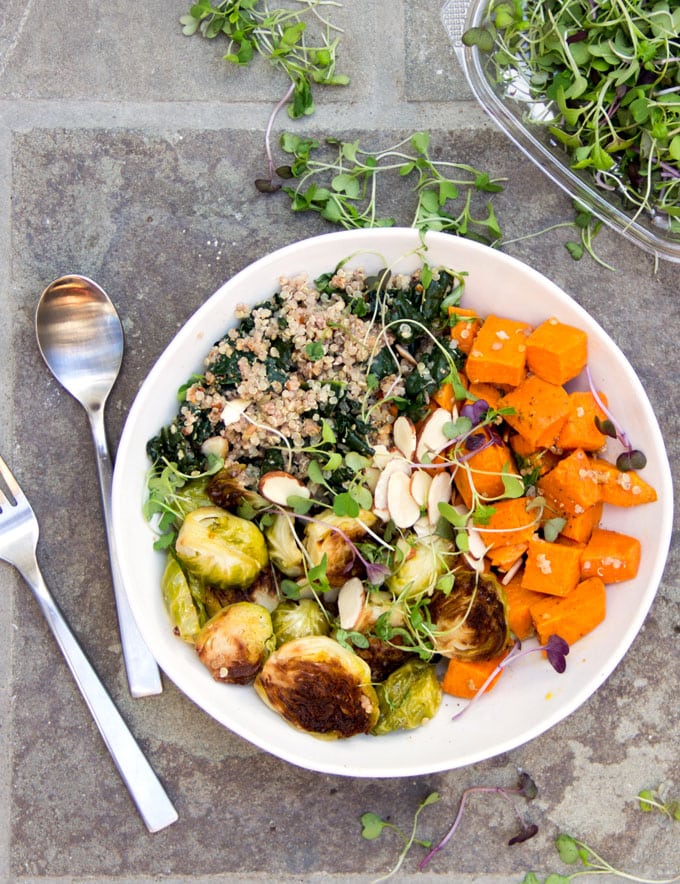 WHAT IS NUTRITIONAL YEAST?

As long as we're on the topic of Buddha bowls, I have to share a few of my favorite quotes from The Buddha:

"Peace comes from within. Do not seek it without."
"Holding on to anger is like grasping a hot coal with the intent of throwing it at someone else; you are the one who gets burned."
"The mind is everything. What you think you become." 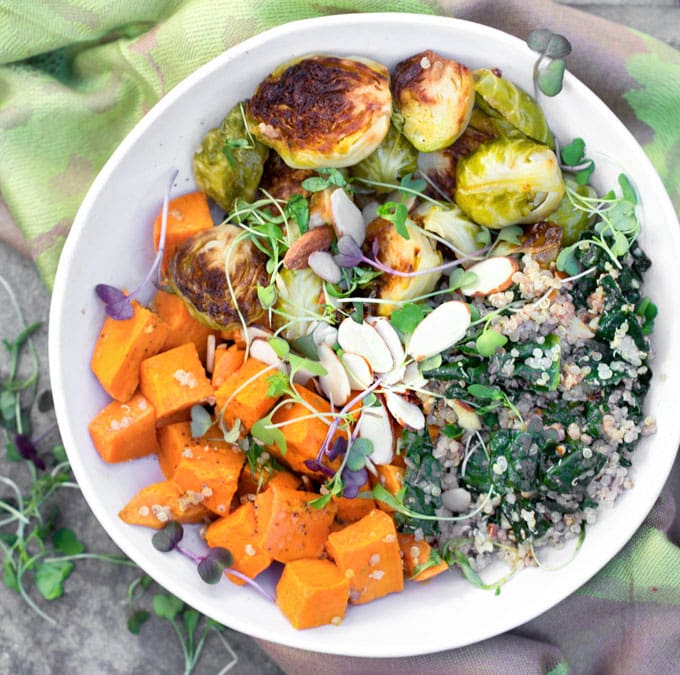 If you like this recipe, you'll also like this vegan Roasted Vegetable Salad with Kale and Chickpeas.

Here's the Sweet Potato Brussels Sprout Buddha Bowl Recipe If you make this, I hope you'll come back to leave a star rating and a comment. I'd love to know what you think!

For The Vegan Lemon Parmesan Dressing:

[This post first appeared on Panning The Globe in Jan 2017. It was updated in Oct 2019 with new photos and clarifying details in the written post.]