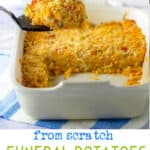 This funeral potatoes recipe is made from scratch with fresh russet potatoes, Chorizo sausages, smoked paprika and a few other goodies that bring vibrant Spanish flavors to this irresistible cheesy shredded potato casserole. It's only fair to forewarn you that when you taste this, you will not be able to resist coming back for seconds or even thirds! 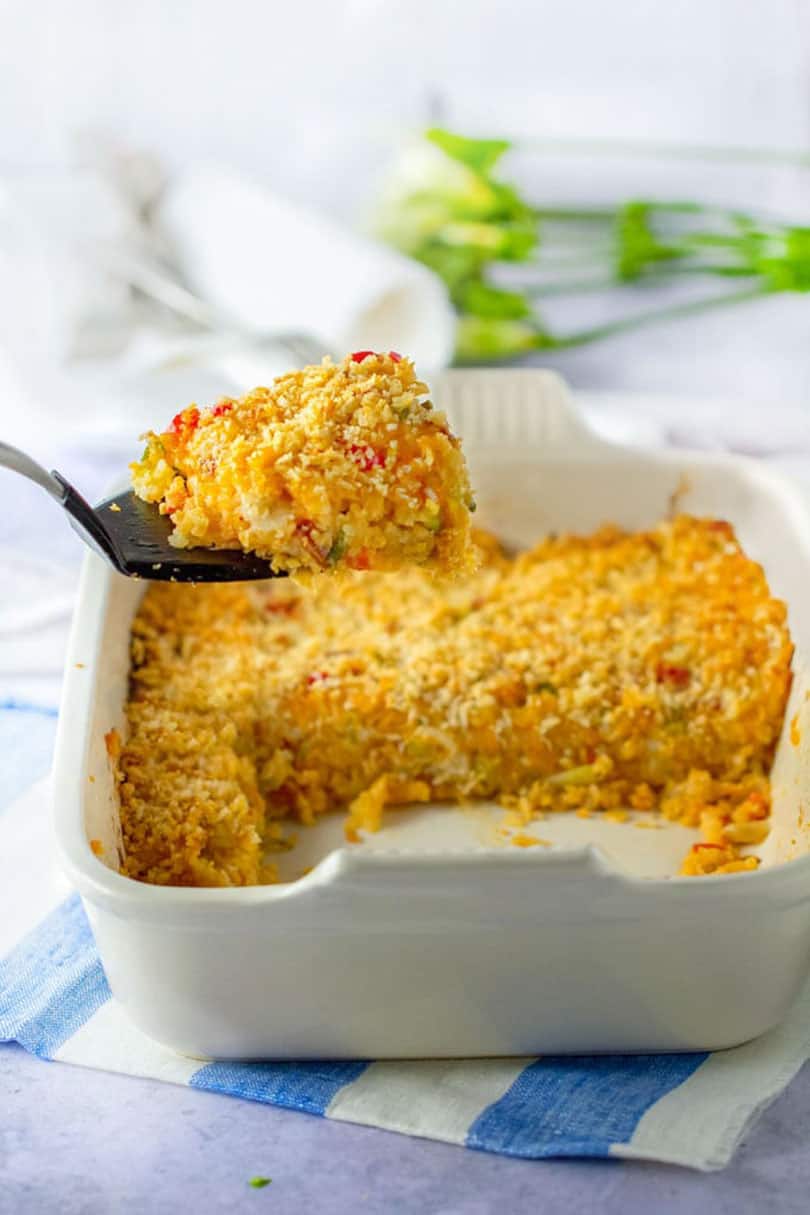 Funeral Potatoes is a sad-sounding name but an absolutely scrumptious dish! A cheesy potato casserole that's extremely popular in parts of the U.S. In fact if you do a web search for "Funeral Potatoes," you will not believe how many results there are - more than 7 million!

I only discovered this dish myself recently, when the Idaho Potato Commission asked me to develop a unique funeral potatoes recipe for them. I'm glad they did. It's good to be in the know about funeral potatoes.

I worked on this recipe for quite some time before I was satisfied. In fact there was a stretch where I served funeral potatoes to my family for breakfast, lunch and dinner. Nobody in my house minded one bit. By the way, these are great with fried eggs on top. We had them that way for dinner one night, with a salad.

In the end I came up with this Spanish-inspired funeral potatoes recipe that is out-of-this-world delicious. 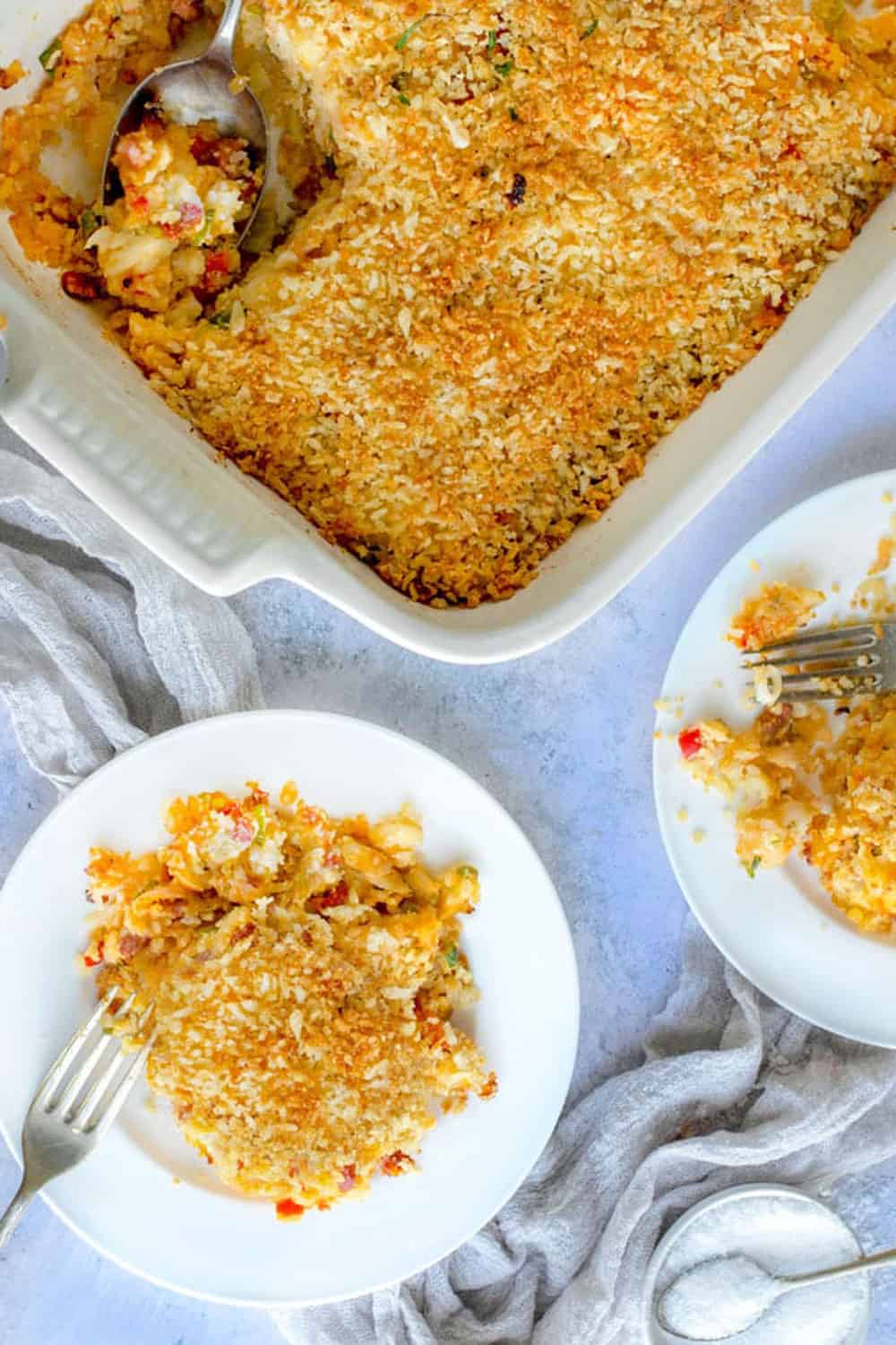 Why are they called Funeral Potatoes?

Funeral Potatoes comes from in and around Utah, developed and made popular by members of the Church of the Latter Day Saints. In fact this dish is sometimes called Mormon Potatoes.

This cheesy hash brown casserole, often topped with crunchy buttered cornflakes, is a popular side dish at church luncheons that follow a funeral, hence the name. Perfectly suited for a somber occasion that you can't plan much ahead for, funeral potatoes are quick to throw together, easy to make ahead, transportable, and great for feeding a crowd.

But don’t think for a minute that funeral potatoes are only for funerals. This is the perfect side dish for holidays, dinner parties, potlucks or any occasion where scrumptious potatoes are called for. 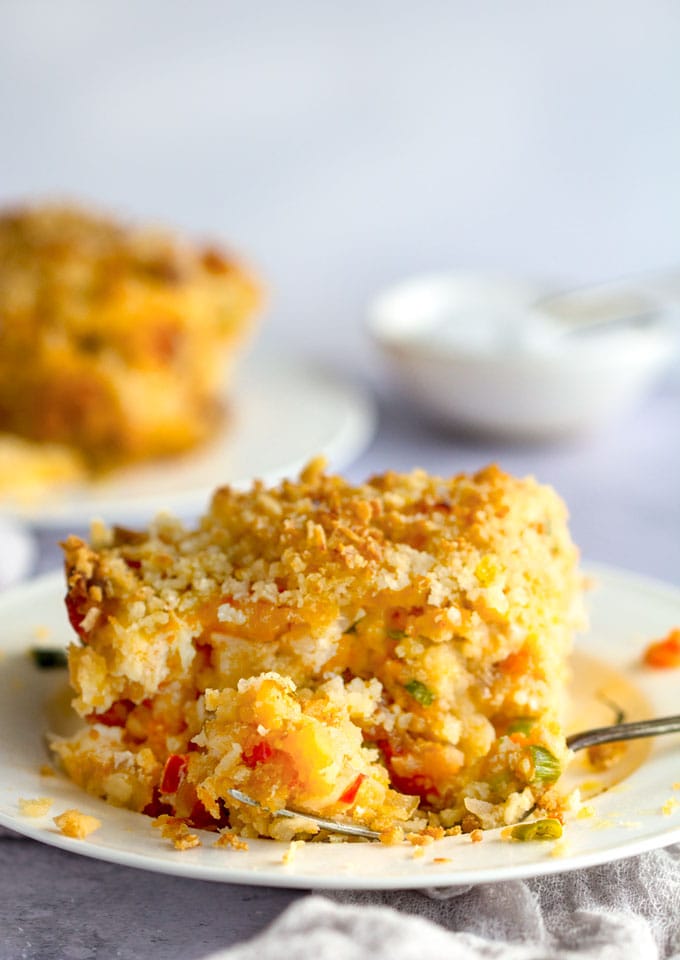 Are Funeral Potatoes the same thing as Potluck Potatoes?

Yes. As it turns out, there are LOTS of names for this dish. 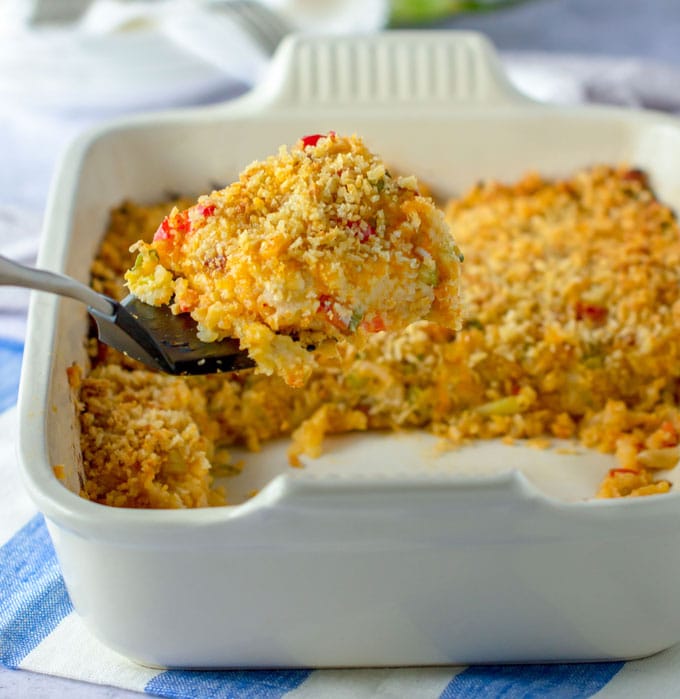 Most funeral potatoes are made from packaged frozen hash browns, canned cream of chicken soup, sour cream, shredded cheese, and buttered cornflakes or potato chips for the topping.

How To Make Funeral Potatoes with Chorizo and Smoked Paprika

The potatoes are boiled, cooled, grated, and mixed with shredded cheese, chopped scallions, Greek yogurt, smoked paprika and sautéed sausages, peppers, onions and garlic. The mixture is transferred to a casserole dish, topped with bread crumbs, and baked until it's heated through and the cheese is bubbling. Serve this hot for maximum Spanish flavor and melting cheesiness! 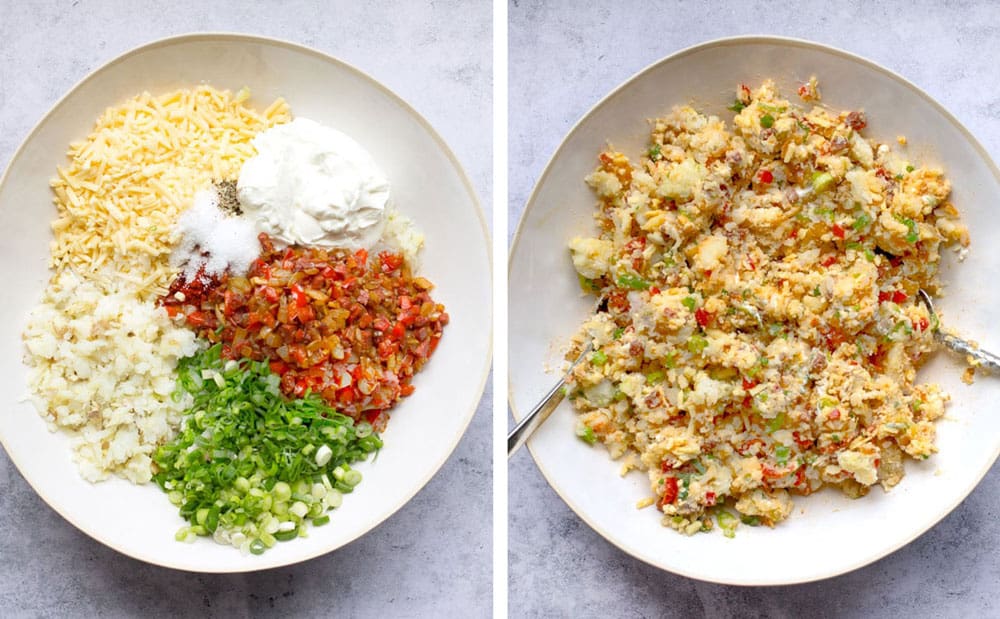 Here's the Funeral Potatoes Recipe. If you try this recipe I hope you'll come back to leave a star rating and a comment. I'd love to know what you think!

A cheesy, shredded potato casserole with vibrant Spanish flavors. A perfect side dish for parties and potlucks.

How to make this ahead: Follow the instructions through step 4. Store the panko topping in the fridge. Cover the casserole with foil or plastic wrap and refrigerate overnight. Let the casserole sit at room temperature for 20-30 minutes before adding the panko topping and baking. Bake for 45 minutes, uncovered until golden brown and heated through.

This recipe first appeared on Panning The Globe on February 17, 2018. The post was updated on October 2, 2020 with a shortened title (used to be 'Spanish Inspired Funeral Potatoes with Chorizo and Smoked Paprika'), clarifying details in the written post and added recipe notes for how to make this with frozen potatoes. Same delicious recipe!