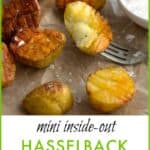 Just when you thought there wasn't anything more you could do with a potato, this happened: Mini Inside-Out Hasselback Potatoes. Roasted Potato perfection! 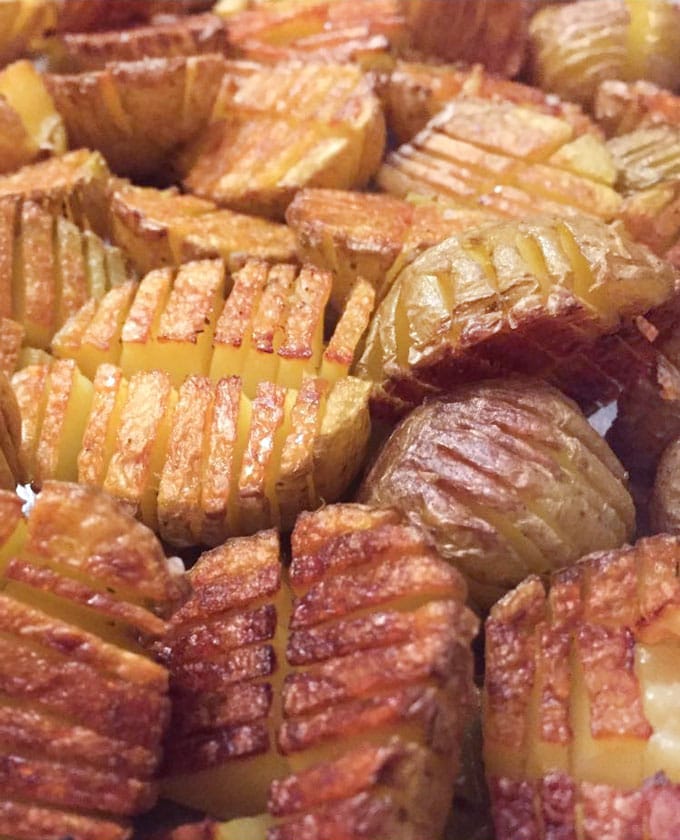 Unlike Swedish Hasselback potatoes which are sliced along the rounded "back" of a whole potato, inside-out hasselback potatoes are first cut in half. Then all the little crisscross slices are made on the 'inside" or cut side of the potato.

With all those grooves for the oil, salt and seasonings to seep in, they roast up crispy, crunchy, crisscrossy, and delicious. 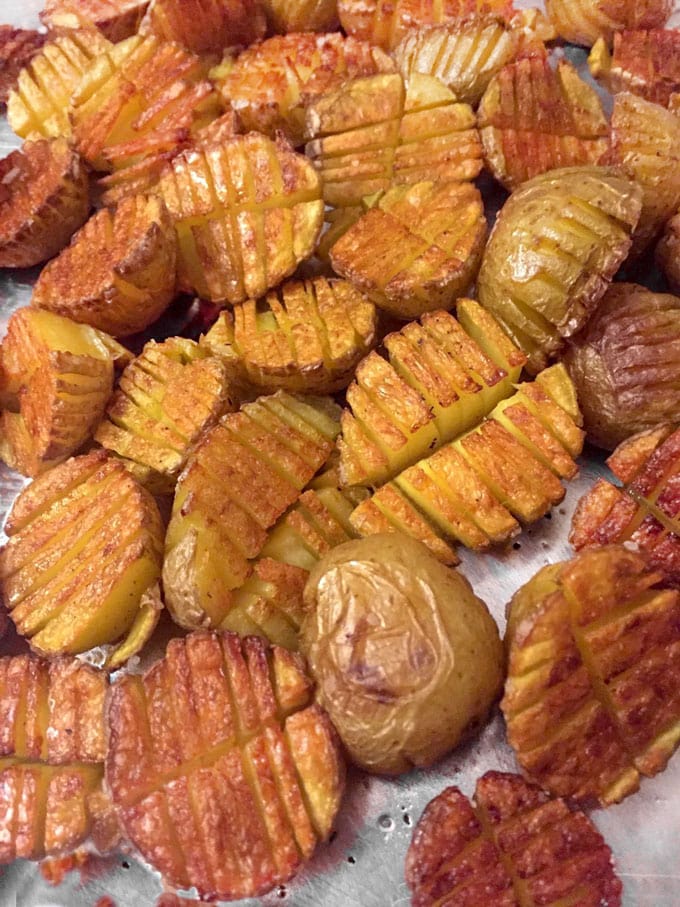 Here's how Mini Inside-Out Hasselback Potatoes came to be. Eddie and I were home in Boston for the December holidays. Our boys were with us. We were all in the kitchen cooking together for a big family dinner party. Eddie and Alex (our oldest) were tasked with slicing three pounds of miniature potatoes in half for roasting.

Never content to do things the conventional way, they got into a creativity contest to see how many ways they could think of to cut a potato. I wish I had a photo of the finished dish, which we named "Crazy Potatoes."

Crazy potatoes were great but within that big platter of creatively cut potatoes, there was one type that rose above the others - inside-out hasselback potatoes. Alex isolated them as being something special.

After the holidays Alex made inside-out hasselback potatoes several times for his friends. Then, convinced of their awesomeness, he texted me some photos and a note: "this is the perfect potato." He said he'd never roast potatoes any other way. By the way, the top two photos are Alex's.

The key to this recipe is to cut lots of little slices that go as deep into the potato as possible without going all the way through. Here's an easy way to do this. 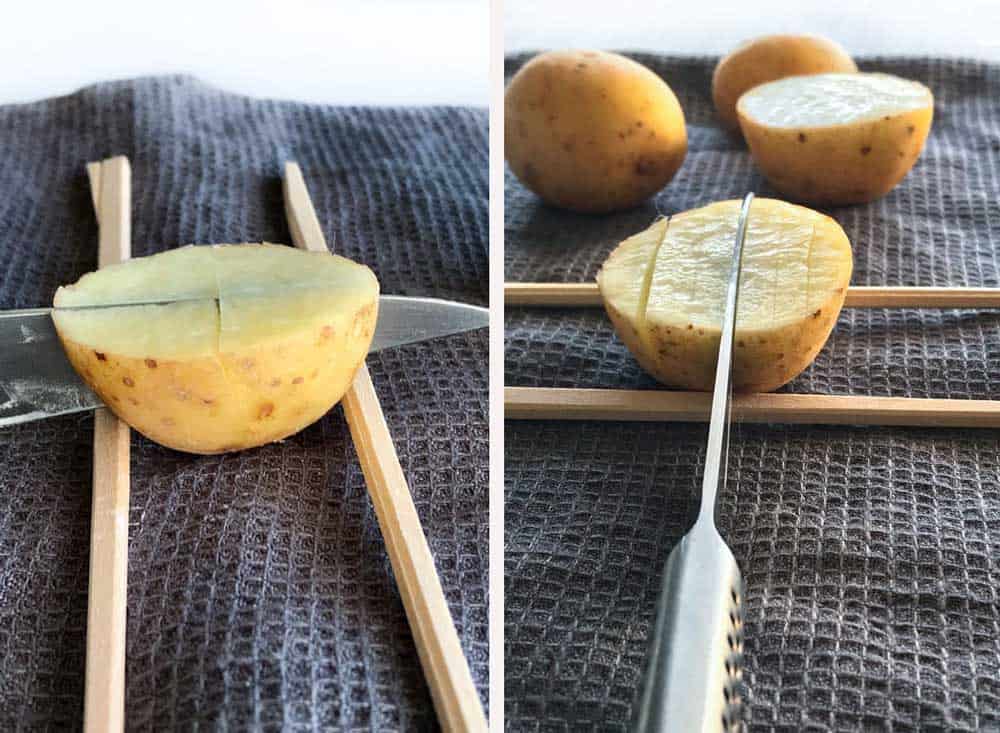 When you've got all the potatoes sliced, toss them with olive oil, salt and pepper. Turn them face down on the baking sheet, and pop them in the oven. When you pull the roasting pan out of the oven and flip those little taters right side up, it's a sight to behold. 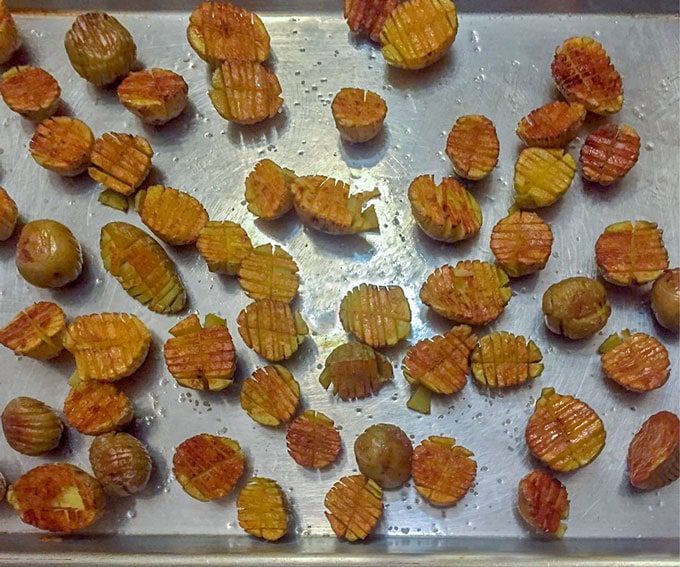 All the little grooves make way for flavor to seep in, while the surface gets brown and crisp. 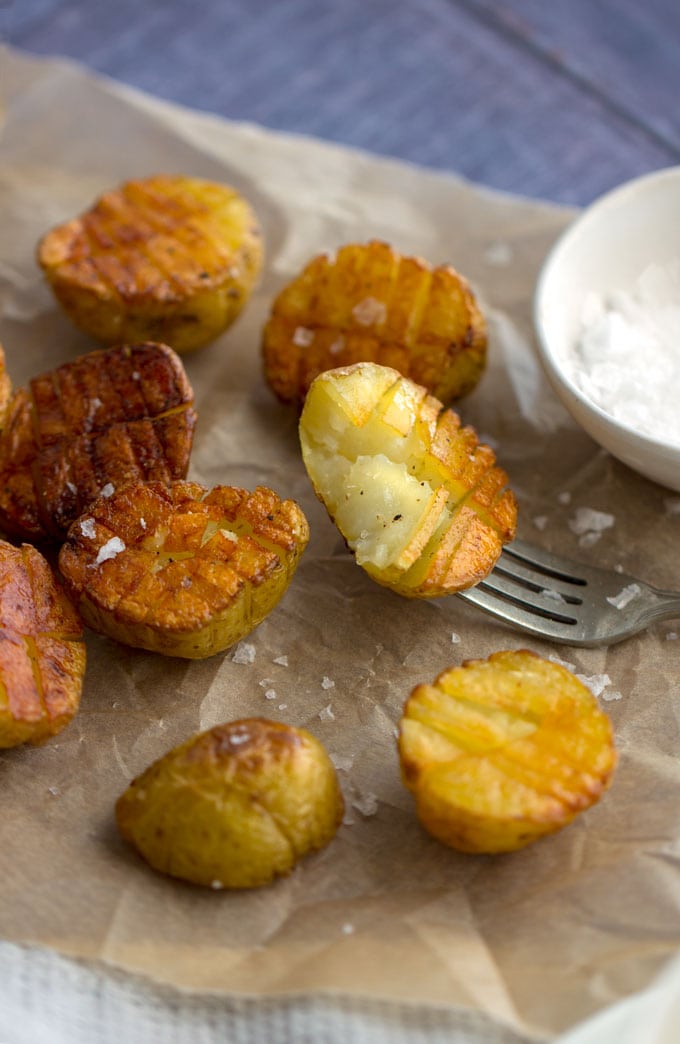 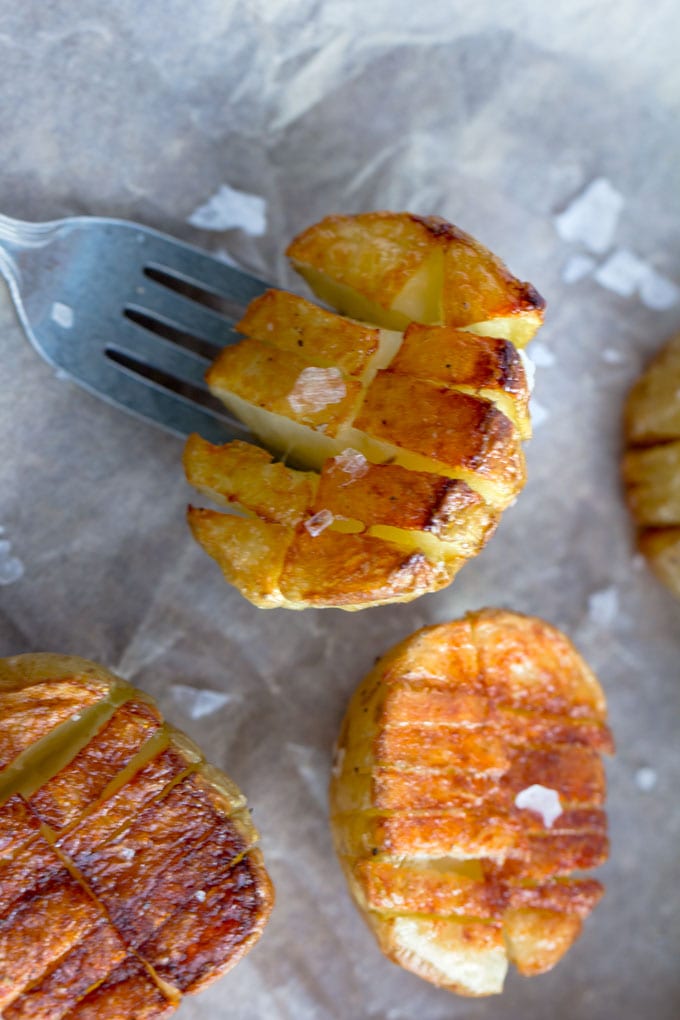 These mini hasselbacks are just what you want when you make roasted potatoes. They're crisp and golden outside and creamy inside. But you don't need to stop there. You can dress or spice them up in so many different ways. 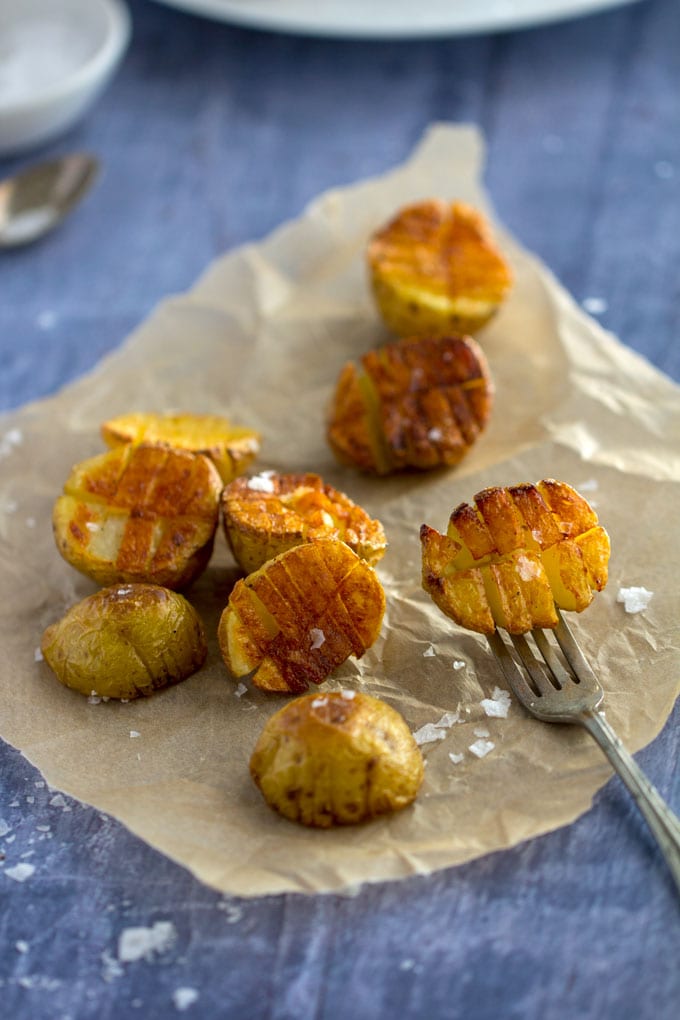 Other delicious potato recipes from around the globe 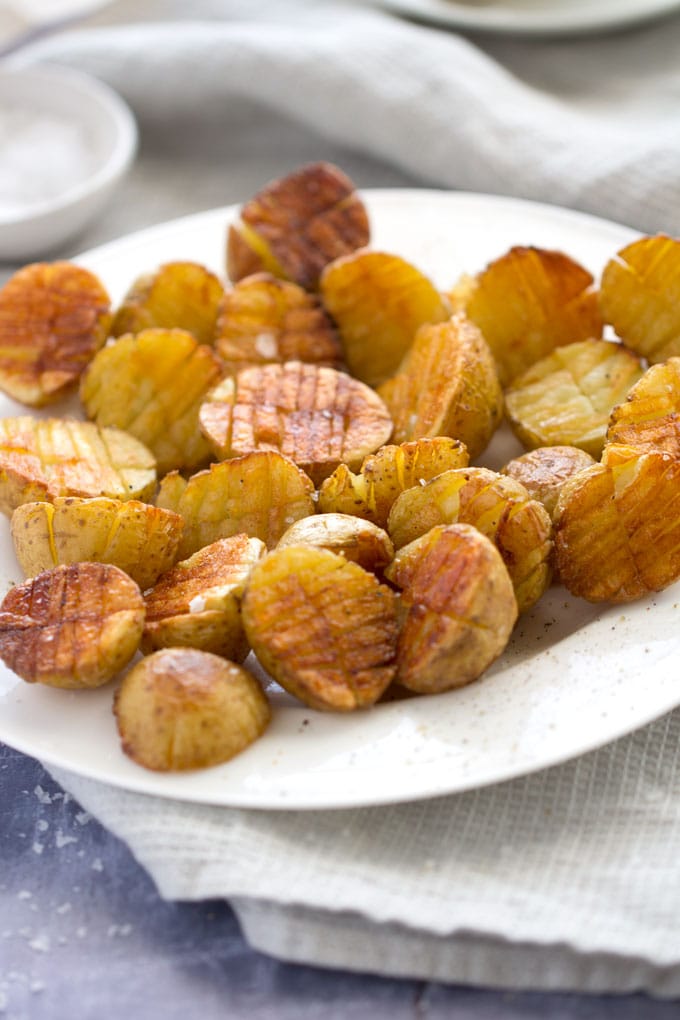 Here's the recipe for Mini Inside-Out Hasselback Potatoes. If you try this recipe I hope you'll come back to leave a star rating and a comment. I'd love to know what you think!

Crisscross cut mini potatoes that roast up extra brown and crispy on the outside and extra creamy and tender inside. Delicious with a generous seasoning of salt and fresh ground pepper or get fancy and top with truffle salt and grated parmesan.

If topping with melted butter and chives, melt 3 tablespoons of butter. Brush the tops of the potatoes with melted butter just when they come out of the oven, and sprinkle with coarse salt, to taste. Sprinkle fresh chopped chives on top right before serving.