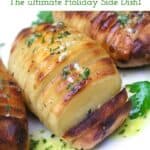 Swedish Hasselback Potatoes look like a work of art and, when baked with this delicious lemon, garlic dijon vinaigrette, they are as tasty as they are beautiful! 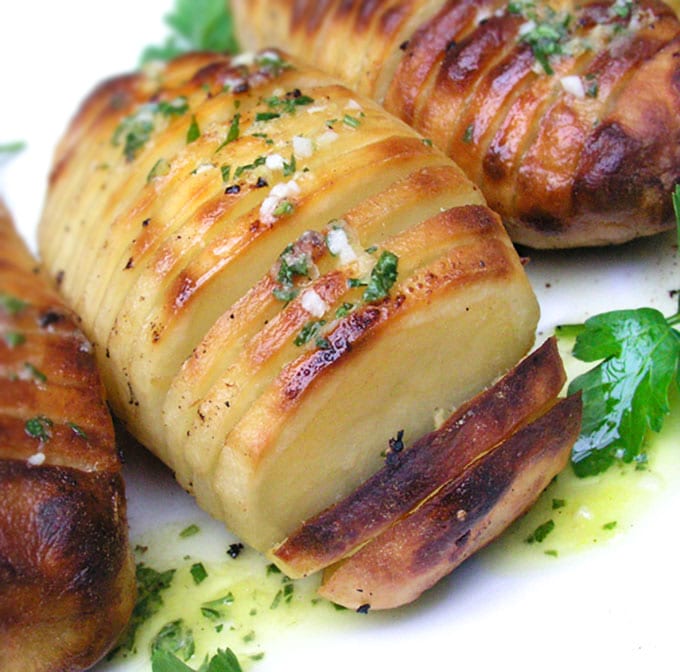 I've always been attracted to Hasselback potatoes but never made them or knew much about them until now.  I think potatoes are irresistible in almost any form - baked, mashed, roasted, french fried...  but there is something about Hasselbacks that grab the eye - they look like a work of art - an exotic caterpillar - an accordion.

I came across Hasselbacks again last week, as I was doing some research about Swedish cuisine for Panning The Globe. Turns out they were invented in the 1940s by a Stockholm restaurant called Hasselbacken.  I decided it was time to give them try. 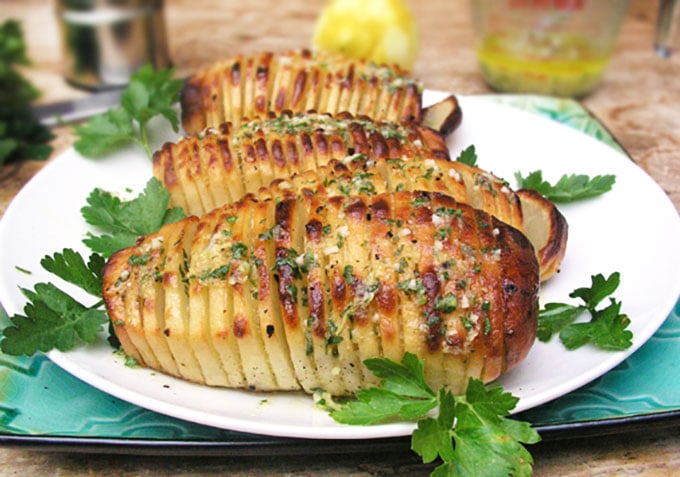 HOW TO MAKE HASSELBACK POTATOES

They key to making Hasselback Potatoes is to make lots of slices across the whole length of a potato, leaving enough in tact at the bottom to hold the potato together.  When the potato is baked, it fans open. 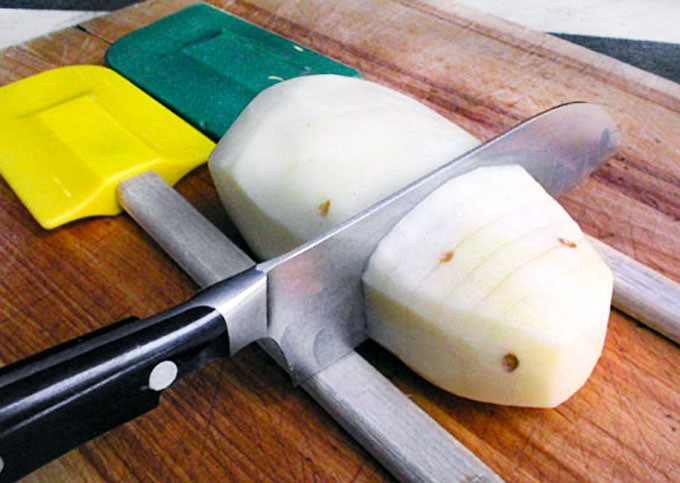 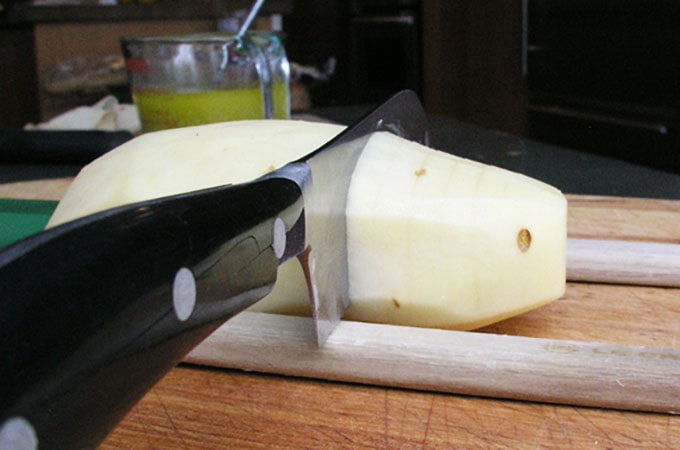 The traditional Swedish recipe calls for rubbing the potatoes with butter and adding bread crumbs and more butter towards the end of cooking.  The very good news was that it was super easy to cut the potatoes and get them into the oven.

Unfortunately though my first couple of batches tasted pretty much like plain old baked potatoes.  Baked potatoes are great but they need to be mashed up with something to make them really tasty. The Hasselbacks looked gorgeous but the flavor didn't match the excitement of the presentation and I felt like they were too pretty to mash up with butter and salt. 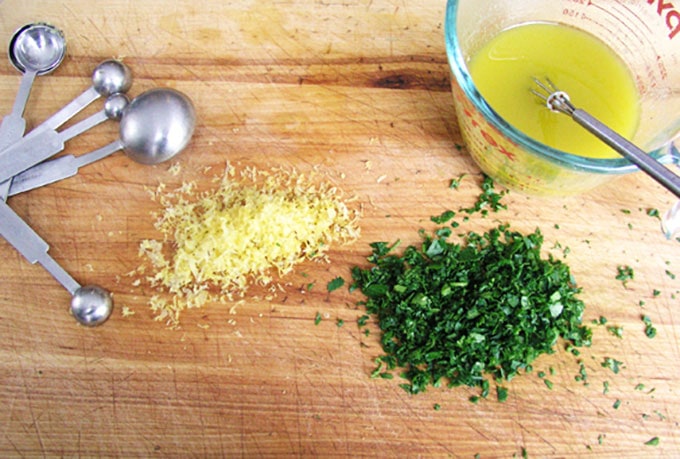 One of my secret weapons in cooking is my lemon dijon dressing. When in doubt, I marinate with it or pour it over things and it always does its magic. I decided to try it out on the potatoes.

I was extremely happy with the outcome.  They were crisp on the outside and creamy on the inside, and had tons of zesty flavor from the dressing. And they were so pretty I couldn't stop photographing them! 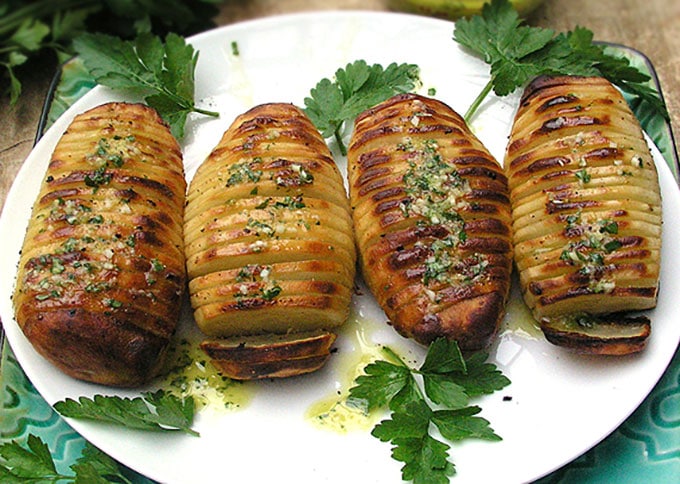 Here's the Swedish Hasselback Potatoes Recipe. If you try this recipe, I hope you'll come back to leave a star rating and a comment. I'd love to know what you think!

Fun looking, delicious tasting potatoes. Crisp on the outside, creamy on the inside. Baked with lemon, garlic dijon vinaigrette

Preheat oven to 425ºF and set an oven rack in the center position.