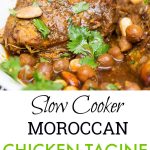 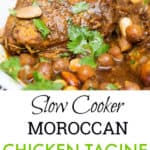 This elegant Moroccan Chicken Tagine is perfect for the slow cooker. The chicken braises low and slow, tenderizing and soaking up all the delicious flavors of garlic, honey and fragrant North African spices. The result is falling-off-the-bone deliciousness! A truly spectacular dish with minimal time and effort in the kitchen. 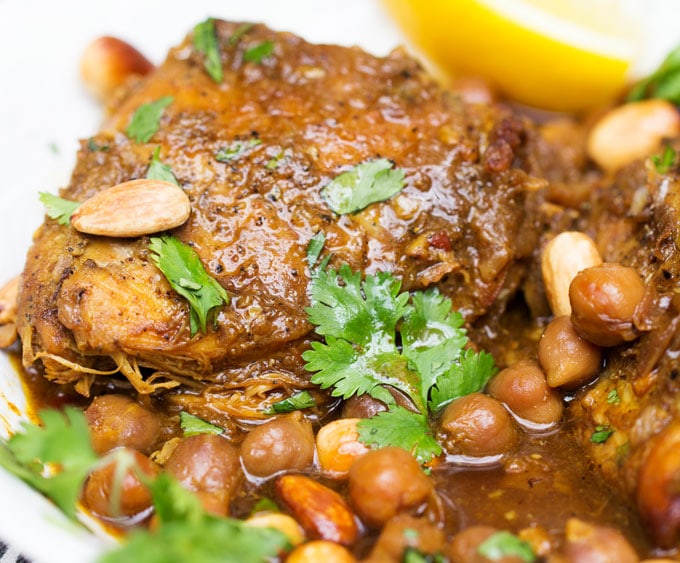 If you've ever visited Morocco, you've surely had a tagine or two. It is one of the most celebrated Moroccan dishes, along with couscous and pastilla.

What is a tagine?

A tagine is a North African stew that's named for the pot it's cooked in - a tagine. It's a conical earthenware pot that works a lot like a slow cooker, using low temperatures and long cooking times for an exceedingly moist and tender outcome.

How To Make Chicken Tagine in a Slow Cooker

To create layers of flavor in this dish, there's a bit of sautéing before throwing everything in the slow-cooker. Here's how the recipe goes: 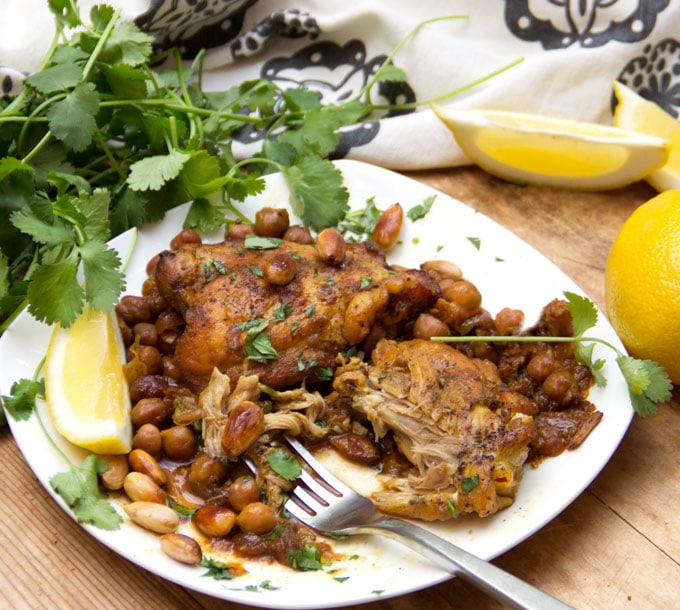 Life is hurtling by at warp speed. My slow cooker is about the only thing that's slow in my life right now. At times like this I love to make delicious meals that draw the family around the table.

I'm turning to my slow cooker a lot lately, and loving it. I spend a half hour or so in the morning, chopping and sautéing, and come dinner time I can rock a beautiful meal like this scrumptious slow cooker Moroccan chicken tagine. 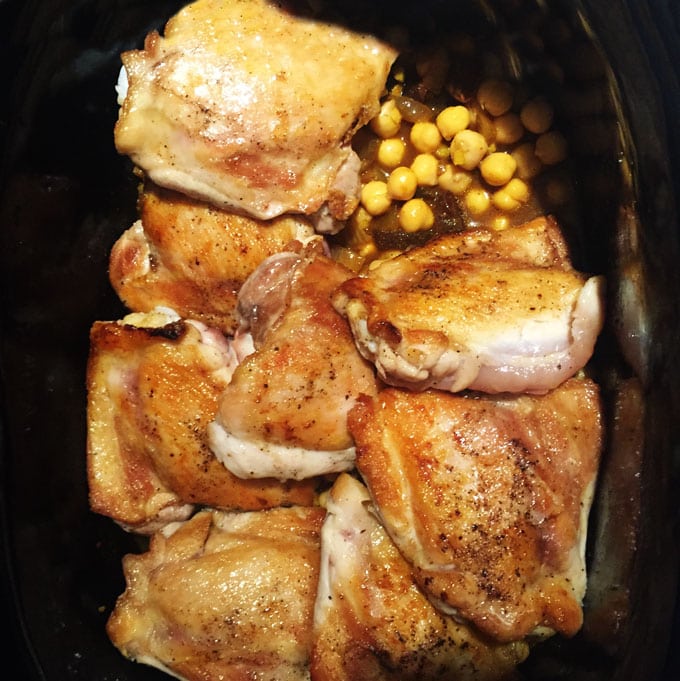 How to serve Chicken Tagine: 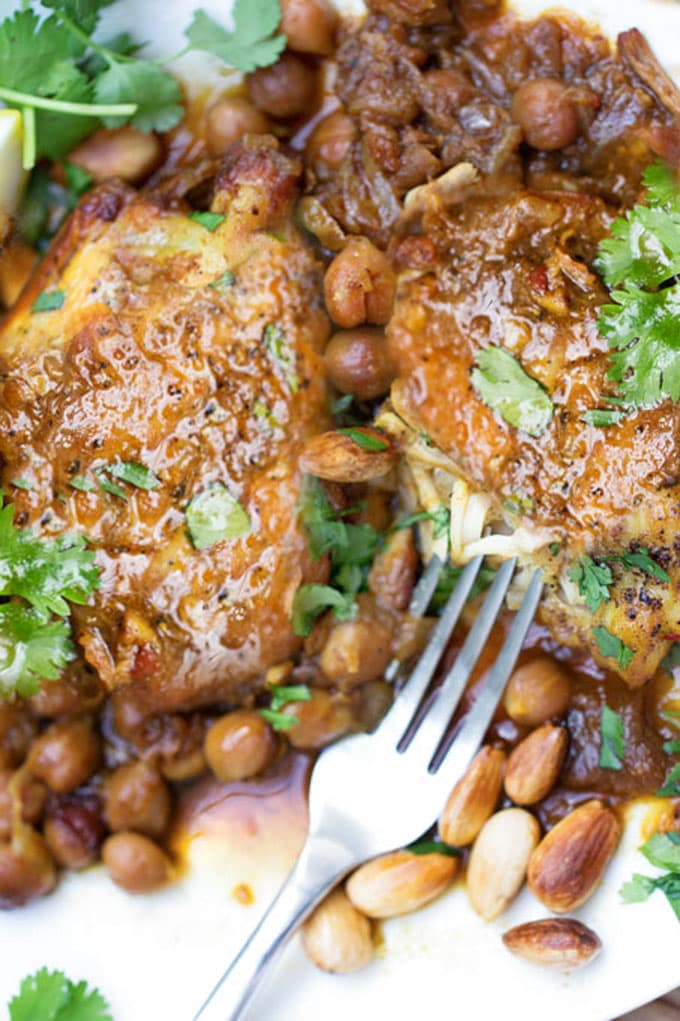 How To Cook Chicken Tagine For A Crowd

If you're cooking this for a big group or if you want leftovers, this recipe can be "one and a halfed" (not sure how else to say this?) For one of my test runs, I made it with 12 thighs instead of 8. I increased all the other ingredients accordingly. I arranged the chicken in the crockpot, with some pieces overlapping, and it turned out great.

If you're looking for another amazing slow-cooker chicken recipe, this chicken with dried cherries and leeks is my long-time favorite. For this one there's no sautéing - just throw everything in the slow-cooker and 6 hours later you will be in for a big treat.

Here's the recipe for Slow Cooker Chicken Tagine with Apricots and Chickpeas. If you make this I hope you'll come back to leave a star rating and a comment. I'd love to know what you think!

[Originally published May 23, 2016. Updated March 1, 2019. Same delicious recipe with added nutritional information and some tweaks to the written post]