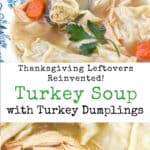 Turkey Soup with Turkey Dumplings (Kreplach) is one of the best things to do with your leftover Thanksgiving turkey, and it's easier than you think! 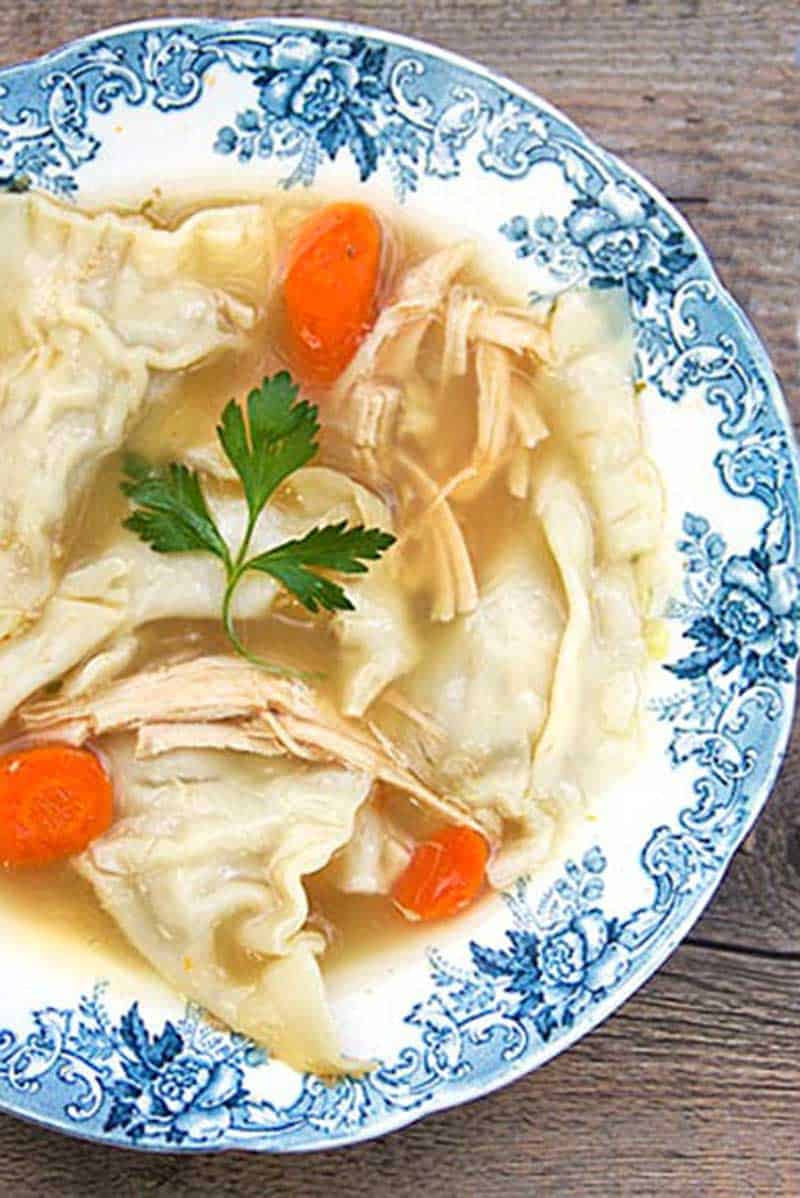 Let's talk about leftovers for a minute. Sometimes they seem like 'yesterday's same old same old.'  Sometimes they inspire. But for me, Thanksgiving leftovers always inspire. Leftover turkey, especially, has so much potential to be transformed into something new and more exciting than its original incarnation, whether it's curried turkey salad, squash lentil and turkey stew, or this scrumptious turkey soup with dumplings. 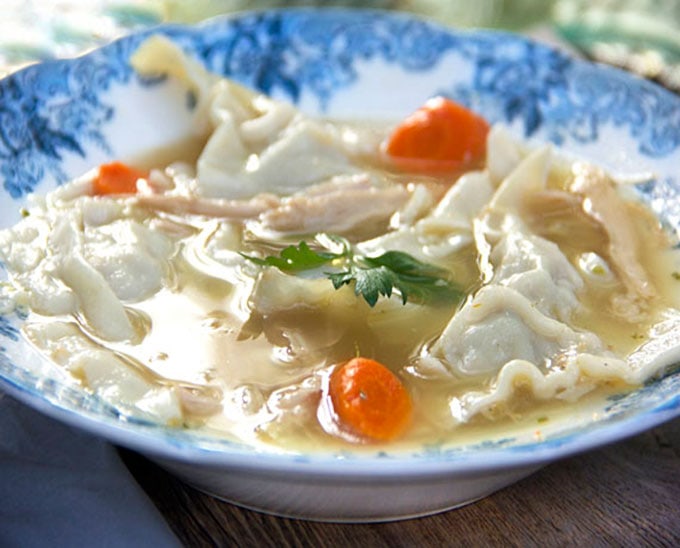 It's a cinch to make a delicious turkey soup with whatever is left of your Thanksgiving turkey. You basically just throw the carcass into a large soup pot. (you may have to break it apart to fit it in). Add some vegetables - a cut up onion, a few chunked carrots and celery spears - some parsley and/or dill. Fill the pot with water and get it boiling. 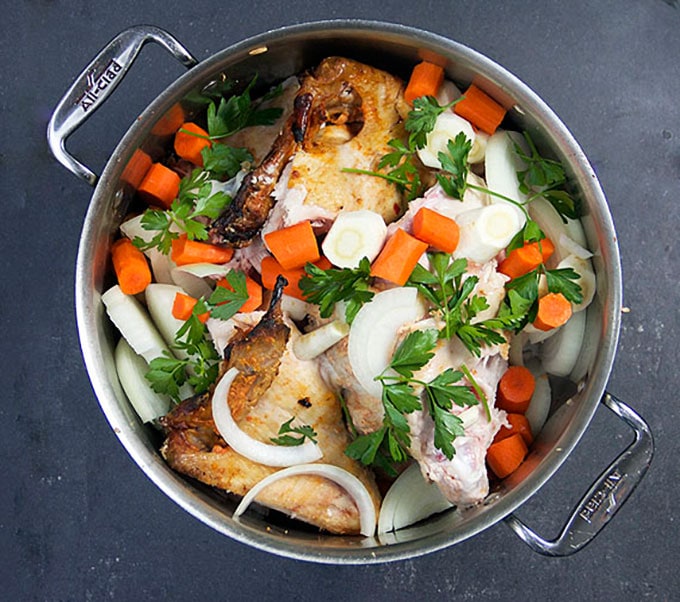 Kreplach is a Yiddish word that means dumpling. Kreplach can be filled with chicken, turkey, mashed potatoes, or anything else that inspires you. It's usually served in soup but can also be fried.

How To Make Soup Dumplings (Kreplach)

Set up a dumpling-making station: you'll need your turkey mixture, a cutting board or other clean work surface, a small bowl of water for moistening the edges of the wonton wrapper, and a parchment lined tray for for holding the kreplach as you make them.

Sometimes, without any reinvention, I enjoy eating a dish even more the next day than I did the first time.  It's especially nice to wake up the morning after a cooking extravaganza like Thanksgiving... in a peaceful house... with a fully packed refrigerator. The cook has had time to rest. The flavors have had the night to meld. It's then great to reconnect with and enjoy all the delicious foods that you worked so hard to cook.

If you can remix your Thanksgiving leftovers into something new and exciting, that's even better! 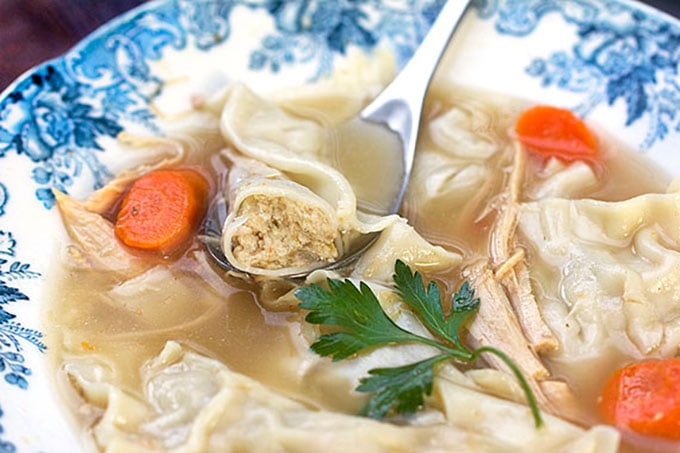 Here's the Turkey Soup with Turkey Dumplings (Kreplach) Recipe. If you cook this, I hope you'll come back to leave a star rating and a comment. I'd love to know what you think!

For the Turkey Dumplings (Kreplach)

[Originally published on November 23, 2014. Updated on November 27, 2021 with added notes on how to adapt this soup when using a smoked turkey. The same delicious recipe!]