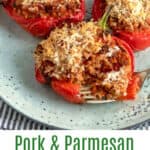 Stuffed Peppers always bring excitement to the table, the promise of a special gift inside a tasty wrapper. This easy recipe yields stuffed peppers that are sweet and tender and packed full of delicious savory pork stuffing with rosemary, garlic and parmesan. 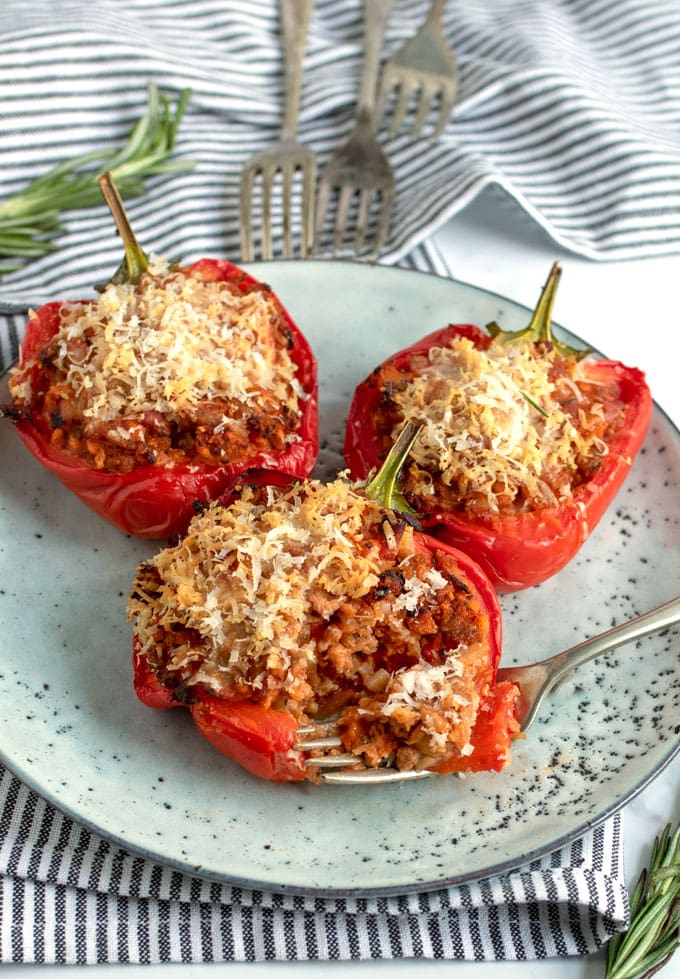 This recipe comes from one of my favorite food writers, Nigel Slater. His recipes are rustic, unfussy and irresistible. I've been reading through some of his cookbooks lately and these stuffed peppers felt like the perfect thing to cook right now. They are one of his most popular recipes.

Here's what Nigel says about them:

The deep sweetness of a roasted pepper makes it a suitable candidate for an exceptionally savoury filling. I have given several versions of this over the years: the most recent is a filling of highly seasoned minced pork with rosemary, Parmesan and garlic. I think of it as the best yet!

How To Make Stuffed Peppers

I've had some fails with stuffed peppers over the years - the worst is when they come out of the oven with delicious tender stuffing encased in a hard, fibrous shell. I was determined not to let that happen again!

The ideal consistency for stuffed peppers is tender but not to the point of falling apart. They have to be able to hold the filling but should also be fairly soft and sweet. The solution is to pre boil them. 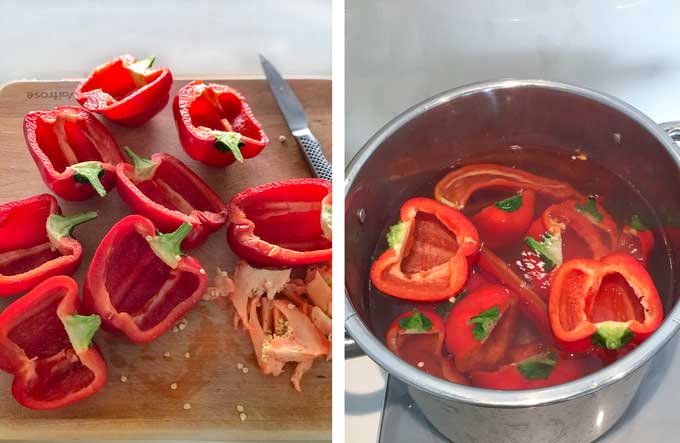 The filling for these stuffed peppers is a simple mix of onions, garlic, fresh rosemary and tomatoes, simmered gently and then mixed with raw ground pork and panko bread crumbs.

Scoop the pork mixture into the prepared peppers. sprinkle with parmesan and pop them into a 400º oven for 35 minutes.

This recipe calls for six small red peppers, halved. You end up with twelve stuffed pepper halves which can feed 4-6 people - 2 or 3 peppers per person - depending on how hungry everyone is and what you're serving on the side.

There's only three quarters of a pound of pork in the whole batch, so although this dish tastes meaty and satisfying, it's actually lighter than you might think.

If you're a fan of bell peppers, here are a few more Panning The Globe recipes you might enjoy: 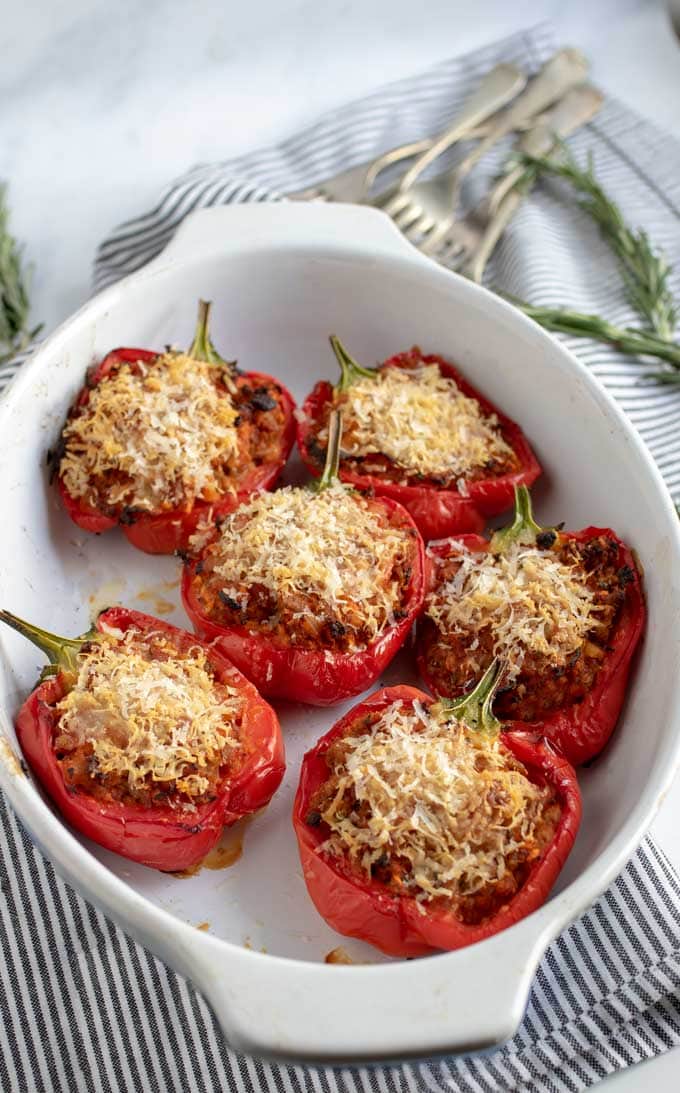 Suggested Side Dishes with Stuffed Peppers

For dinner, serve two or three stuffed peppers per person with a big leafy salad. Here are three of my favorite salads:

Here's the recipe for Nigel Slater's Best Stuffed Peppers Recipe. If you try this recipe I hope you'll come back to leave a star rating and a comment. I'd love to know what you think.

Savory stuffed peppers with pork, rosemary, garlic and parmesan. This wonderful festive dish can be ready in less than an hour.

This recipe is adapted, just slightly, from A Cook and His Vegetable Patch by Nigel Slater