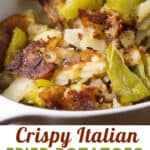 An ultra simple Italian Fried Potatoes and Peppers recipe that yields the most irresistible potatoes with lots of crisp, brown crunchy bits; intermixed with fabulous fruity fried peppers. Whatever you do, don't put these on the table until you're ready to see them disappear! 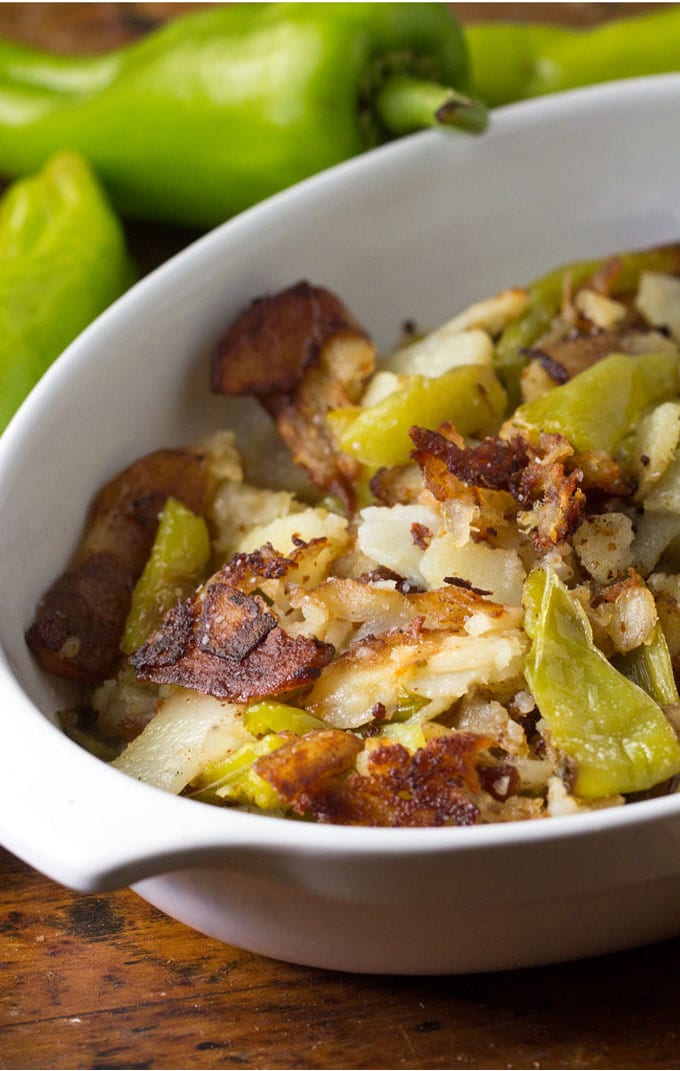 My friend Tullia cooked served these epic fried potatoes and peppers at a dinner party a few years back, and I have not stopped thinking about them. They are everything fried potatoes can and should be - a rustic, irresistible heap of thinly sliced potatoes with brown crisp crunchy parts and soft white creamy parts, mixed in with fruity fried green Cubanelle peppers.

I've been after Tullia's Italian fried potato recipe for years. It's not that she was holding back on me. It's just that, like with many recipes handed down through the generations, there is no recipe. You have to be in the kitchen with the cook, and watch and learn. Happily, a few weeks ago Tullia came over to my house and showed me how to make her amazing crispy Italian fried potatoes and peppers. 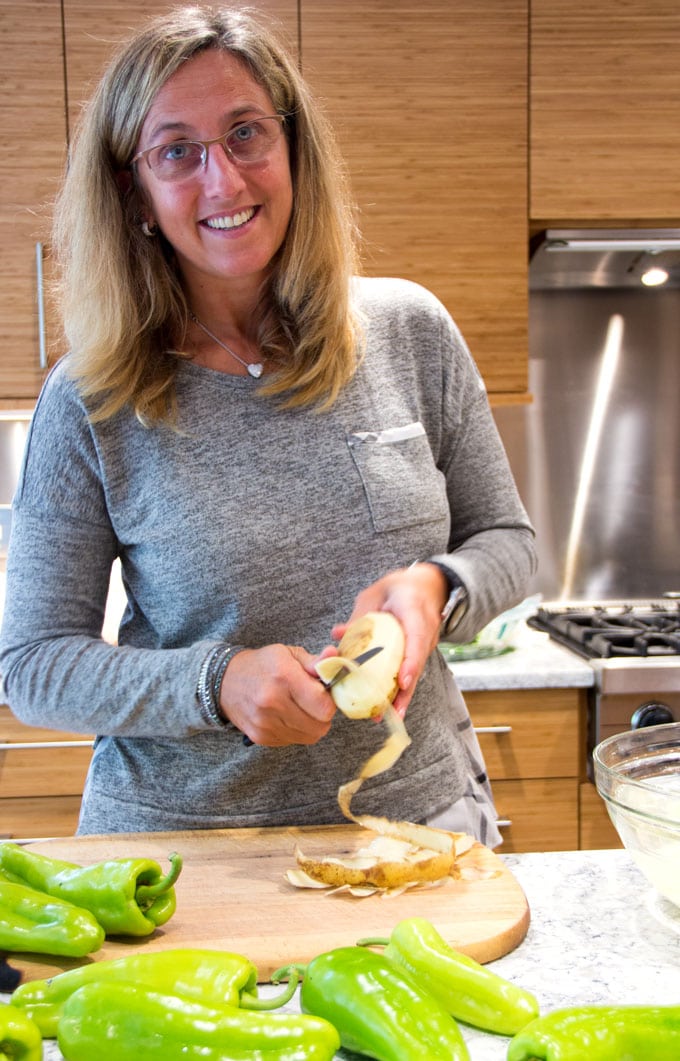 You learn fun things about your friends when you cook with them. I always knew Tullia was a fabulous cook, but I never knew about her superhuman knife skills. Tullia cuts everything by hand with the speed and accuracy of a machine. She doesn't use a peeler to skin potatoes. Just a knife. And she hand slices like a human mandolin. I watched her cut five potatoes into paper-thin slices...holding them in her hand (no cutting board)....and it took her about 5 minutes. 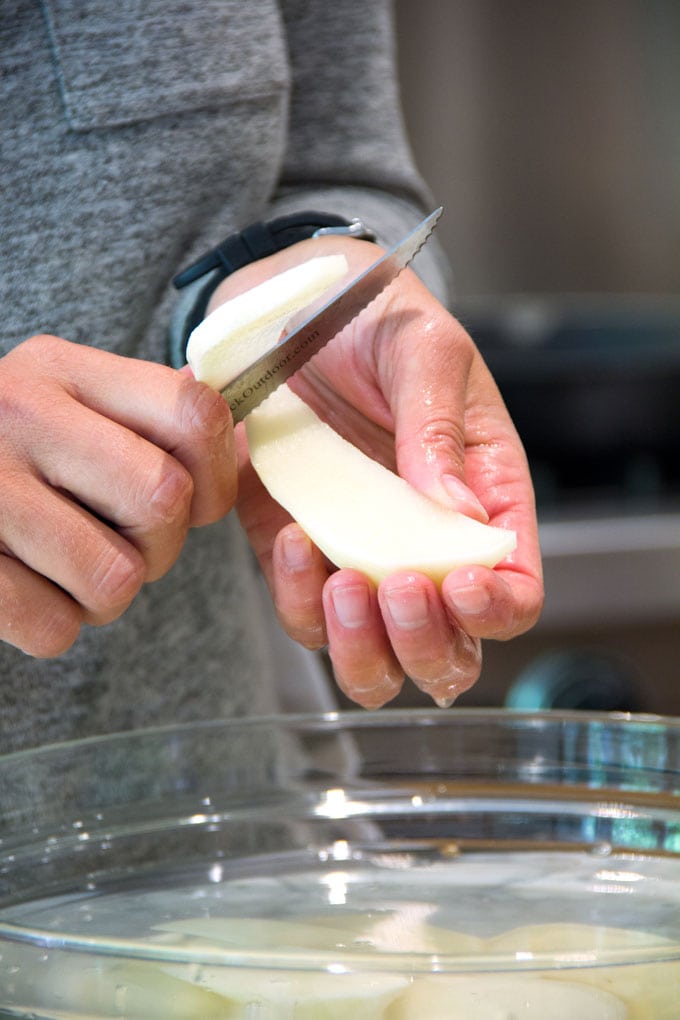 How to make Italian Crispy Fried Potatoes and Peppers:

You need just two ingredients for this recipe: russet potatoes and Cubanelle peppers (Italian frying peppers), plus oil and salt. 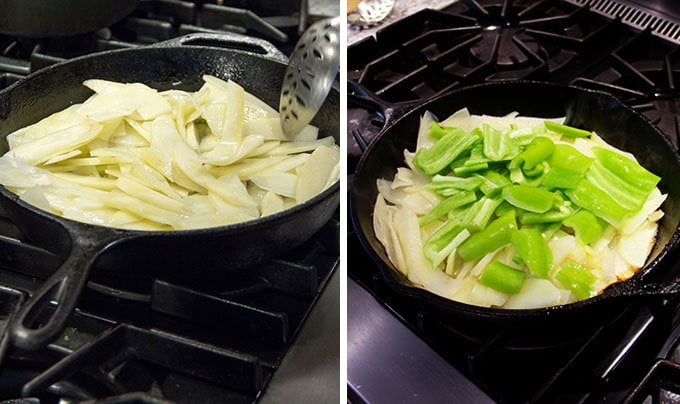 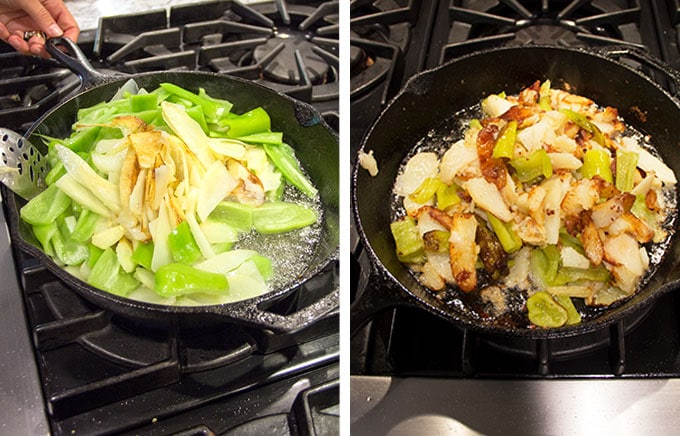 Tullia is famous in our neighborhood for her amazing Italian home cooking. She learned from her Calabrese mother.

Tullia's mom mostly made these fried potatoes for dinner, but also for breakfast and lunch. Sometimes Tullia's mom would wake up at 5am to cook up a fresh batch of fried potatoes and peppers. She'd stuff them into a big soft baguette to pack for her husband's lunch. He was a landscaper and started his day early. Tullia told me: "Dad got it for a sandwich but it had to be freshly made. No using leftovers."

Tullia emphasized many times that this dish should be cooked and served immediately. When I asked if it could be reheated, Tullia said: "No, but it doesn't matter. It's one of those dishes you just put down and it's gone." 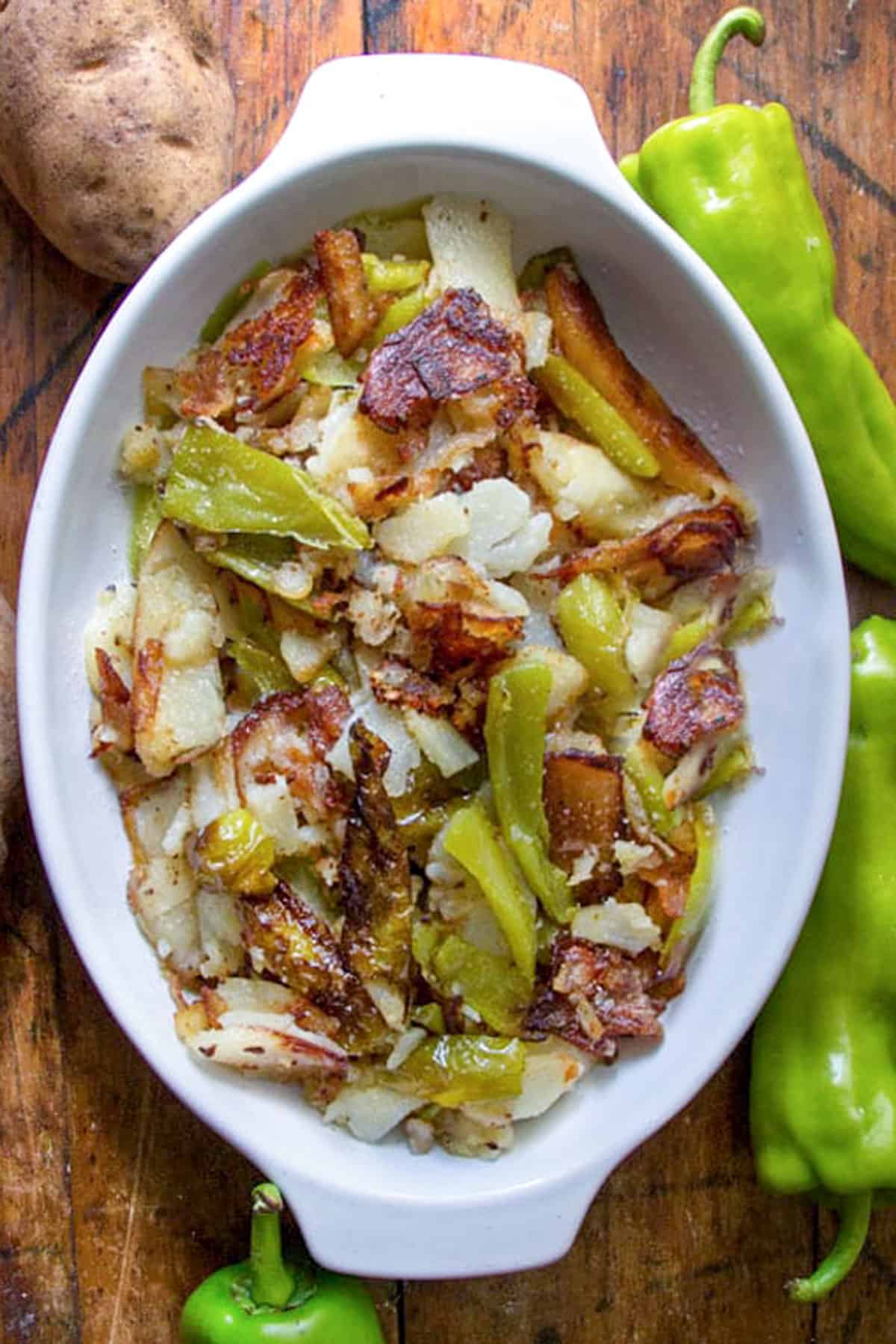 What to serve with Italian fried potatoes and peppers

I love serving these potatoes with this simple Slow Roasted Chicken. While the chicken is in the oven, you'll have plenty of time to get the potatoes and peppers sliced and pan-fried. These are delicious alongside Grilled Swordfish Salsa Verde,  Sicilian Turkey Meatloaf, or any simple fish, chicken or beef dish that calls for potatoes on the side. 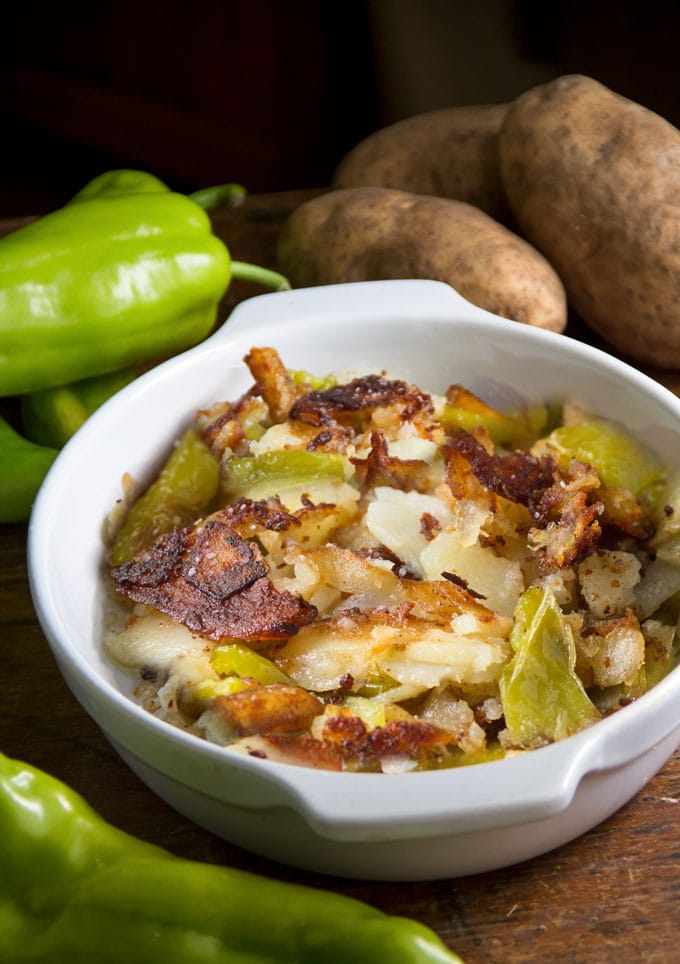 Here’s the Crispy Italian Fried Potatoes and Peppers recipe. If you cook this, I hope you’ll come back to leave a star rating and a comment. I'd love to know what you think?

A simple but special side dish of crispy browned potatoes and flavorful peppers.

[First published Nov 2, 2016. Refreshed and updated on Dec 17, 2021 with added nutritional information, serving suggestions, and some clarifying details in the written post. The same delicious recipe!]