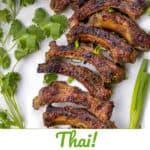 What makes these Thai Coconut BBQ Ribs so tender and flavorful is that they're fully cooked a day ahead, and marinated overnight in a fantastic coconut-garlic-ginger-lemongrass marinade. Just before serving, all they need is 8 minutes on the grill to get them golden brown, juicy, tender and bursting with outstanding flavor. They are absolutely amazing! 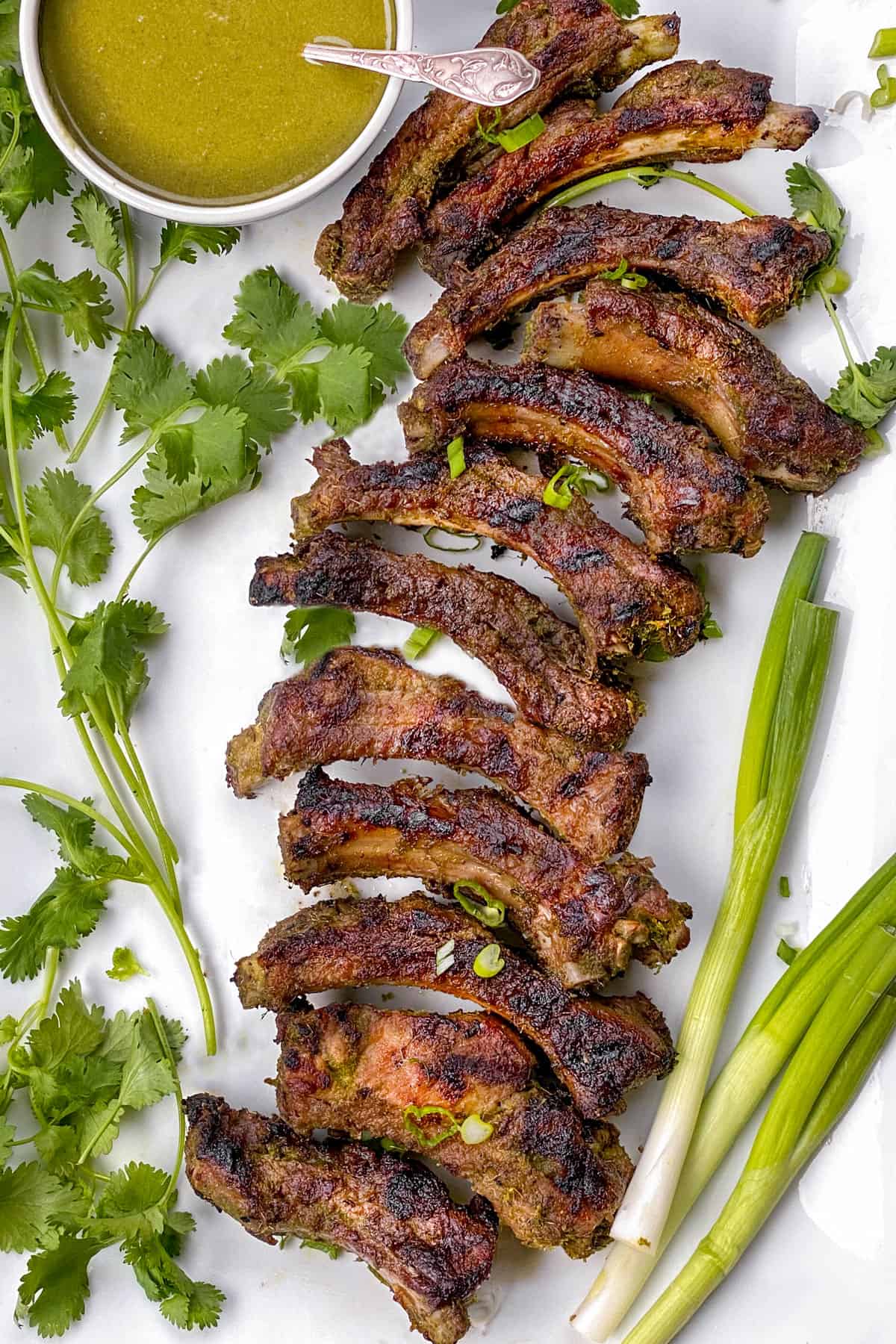 When you recommend something too highly, there's always the chance that people will expect too much and be disappointed, but I'm not worried about that here. With a Thai coconut milk marinade that includes garlic, ginger, lemongrass, brown sugar, soy sauce and shallots, the flavors are out of this world. The fact that you can do all the messy prep work in advance is an added bonus. I discovered this unique and wonderful BBQ ribs recipe in Bon Appetite magazine in 1995, and I haven't stopped making them since. 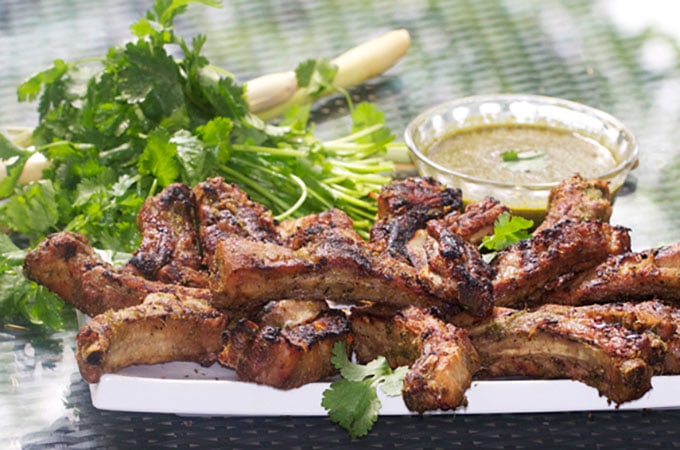 My definition of a great recipe for entertaining includes that you can do all of the messy, difficult work the day before. In this case, the two racks of baby back ribs are cut apart, steamed, and marinated in the fridge overnight. Then all you have to do on the day of your dinner is throw the ribs on the grill for a few minutes before serving.

There's a wonderful harmony of many complex flavors in the Thai Coconut BBQ Sauce - a quality that is prized in Thai Cuisine. Credit for this delicious BBQ Ribs recipe goes to Bon Appetite. I've tweaked the recipe only a tiny bit, adding jalapeño peppers for some bite, a tad more shallots, and an oven-steaming method for those who don't have a stove-top steamer. 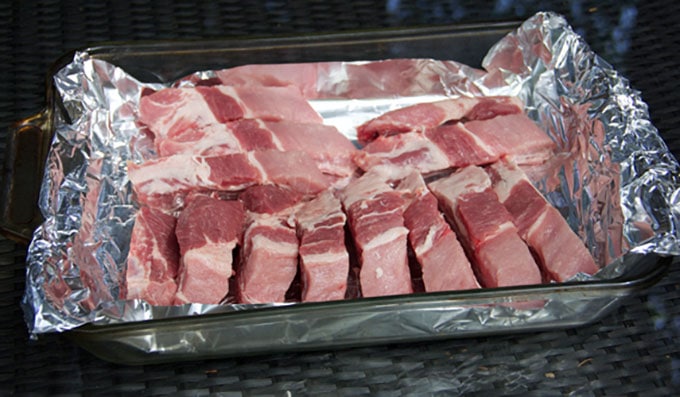 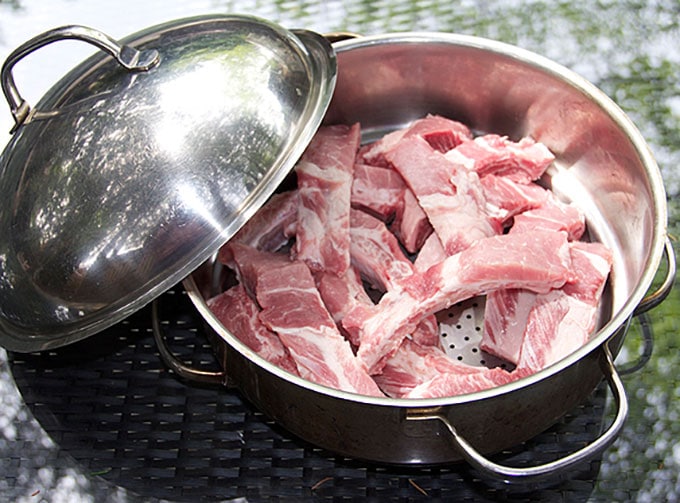 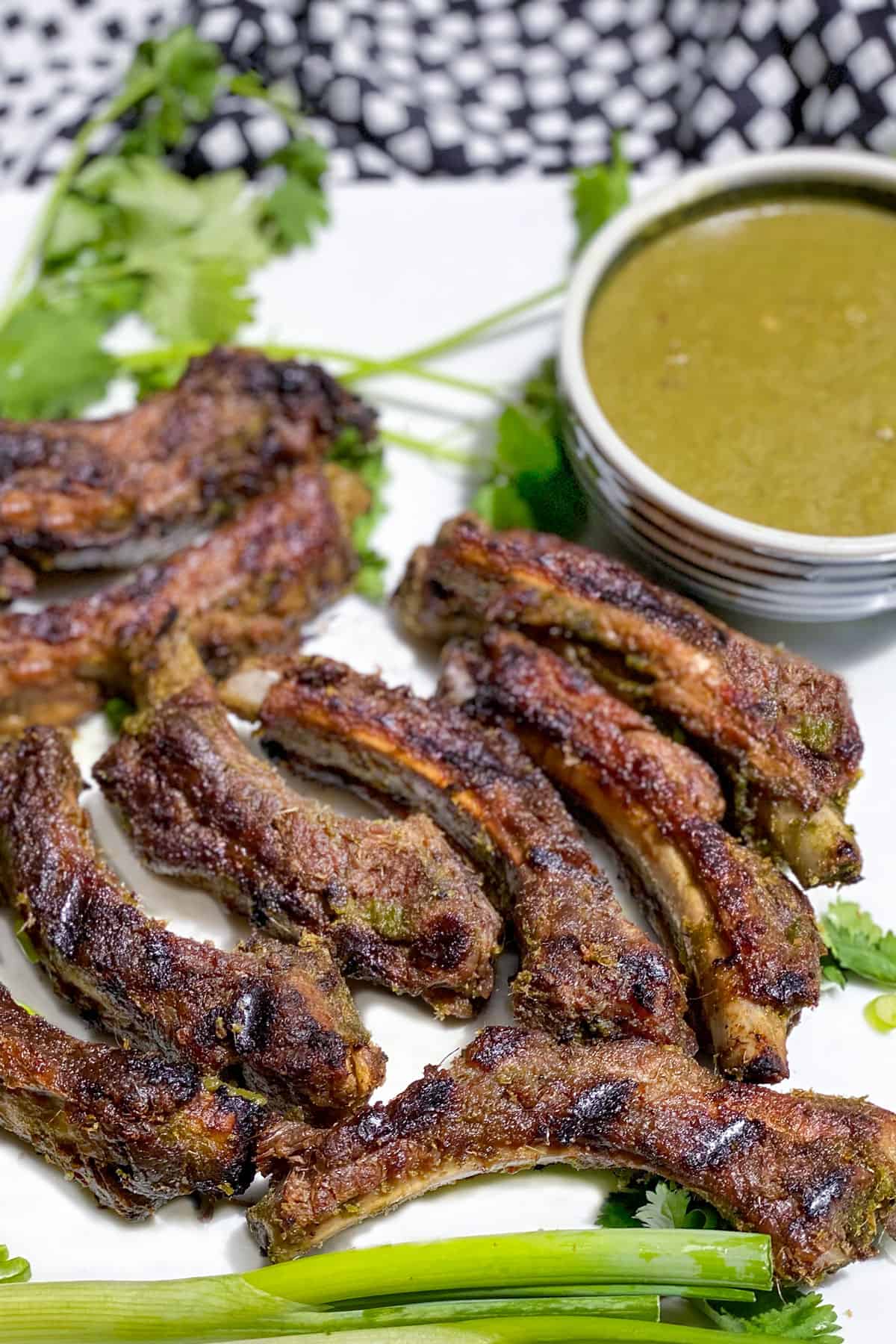 HOW TO COOK WITH LEMONGRASS

Lemongrass is a tropical plant that's very popular in Thai cooking. It adds an exotic, lemony flavor to a recipe. If you've never used it before, it can be challenging to figure out. The outer shell is very hard. But there are many layers and each one you peel off exposes one that is more tender underneath.

When you're shopping for lemongrass, look for a firm long stalk. Cut off the lower root end and a few inches of the thin pointy end. Peel off one or two tough outer layers along the stalk.  Then slice the stalk crosswise with a sharp knife. Lemongrass is extremely stringy and fibrous inside, so you'll need a food processor or blender to further break it up.

WHAT TO SERVE WITH THAI COCONUT BBQ RIBS

Other Delicious Thai Dishes To Try:

Here's the Thai Coconut BBQ Ribs Recipe. I'm excited for you to try this! If you do, I hope you'll come back to leave a star rating and a comment. I'd love to know what you think!

Barbecued baby back pork ribs with tantalizing Thai flavors. A great recipe for entertaining. Ribs are steamed and then marinated overnight so you can just throw them on the grill before serving. Grilling browns them and sears in the delicious flavors of the marinade.

Adapted from a recipe in Bon Appetit

Originally published May 30, 2013. Updated June 16, 2021 with several new photos, added nutritional information, and clarifying details added to the written post and to the recipe. The same delicious recipe!