A gimlet is traditionally a gin drink made with lime juice and simple syrup, usually served with a wheel of lime on the rim. Vodka can be easily substituted and in fact, a vodka gimlet has become Lisa’s go-to cocktail. (By the way, this is Eddie, Lisa’s husband, guest-blogging). In this recipe, I am adding basil which introduces a new, refreshing flavor plus the opportunity to feature a basil leaf as a garnish. It’s an especially delicious summer drink but like most cocktails can be enjoyed in any season. 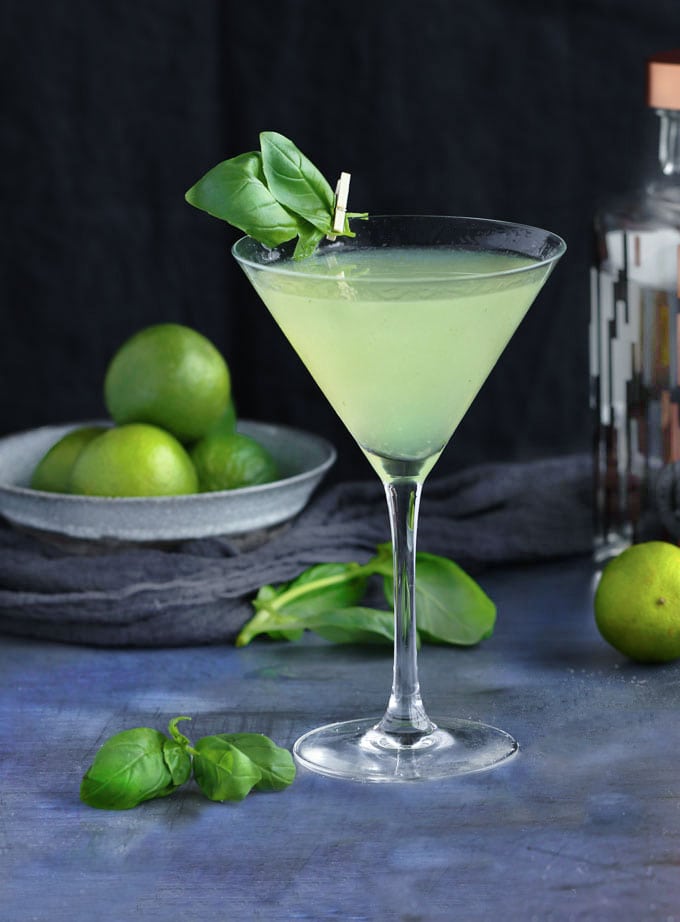 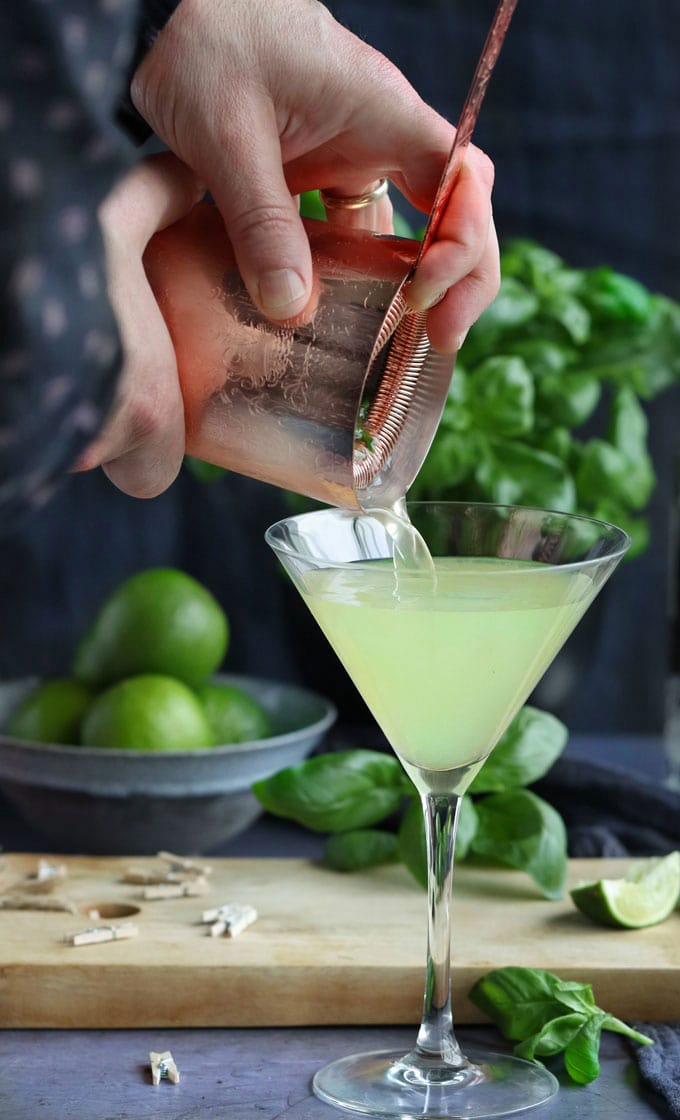 Shortly after I arrived, they announced the rules of the contest. There were five or six criteria on which the drink entries would be judged, including the name of the drink, taste, balance of the ingredients, passion of the contestant and so on. For a name, I came up with The Absolut Basil Dazzle. Including ‘Absolut’ in the name was a nod to the sponsors, who I assumed (correctly) would also be judges. For the rest of the name, it’s important for you to know that here in London, basil rhymes with dazzle. 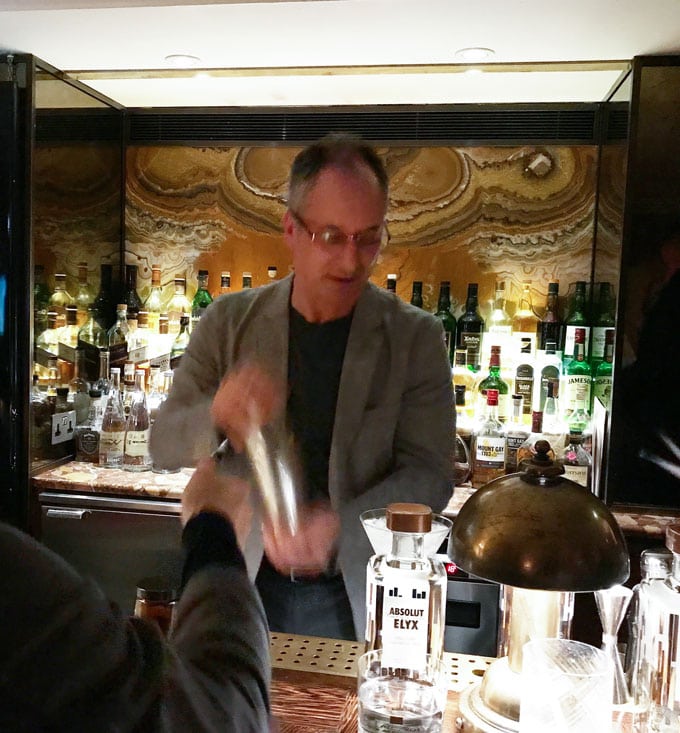 After icing down the martini glass, I muddled the basil with a small amount of sugar and some of the lime juice in the bottom of the shaker. Then I added the rest of the lime juice and the vodka along with some simple syrup and ice, shook the shaker vigorously (with “passion”), and strained the contents into the glass. 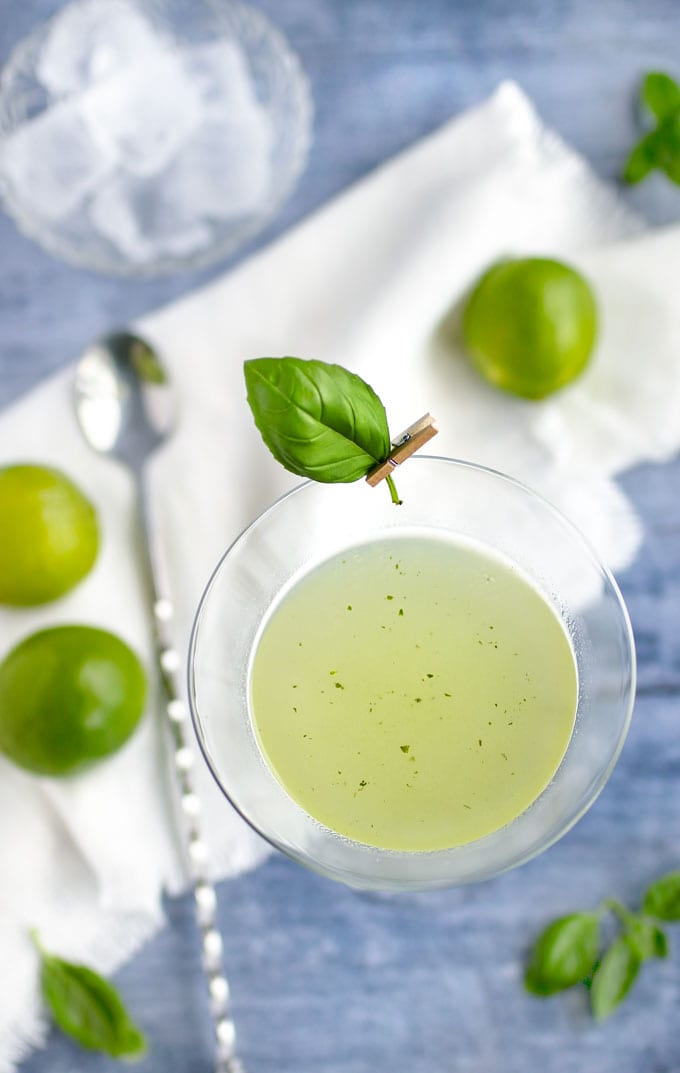 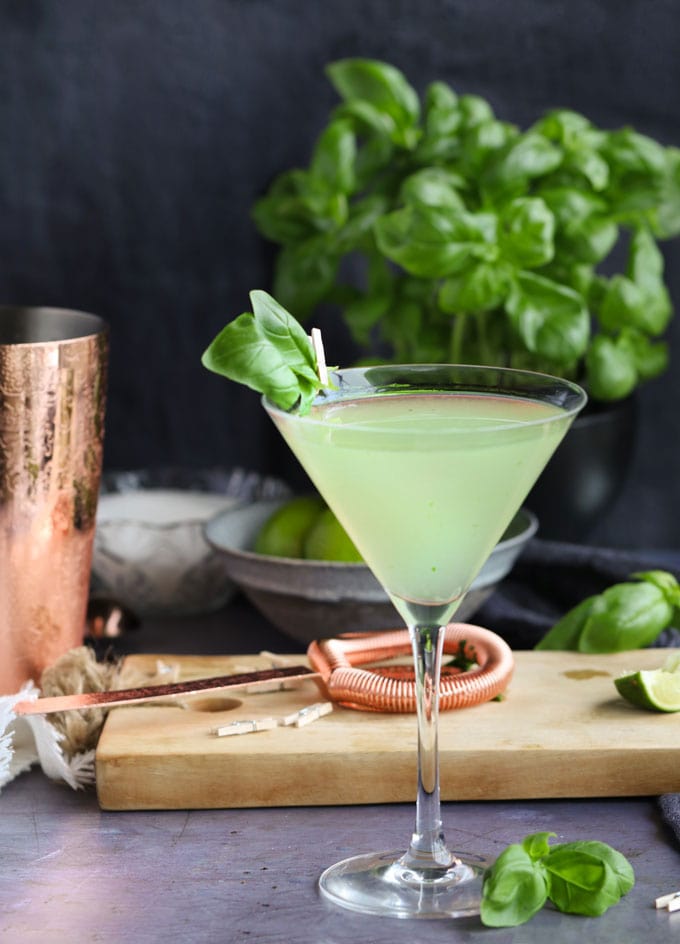 The Basil Vodka Gimlet or The Basil Dazzle, as we usually call it, has become Lisa’s new favorite cocktail. We bought a basil plant and we water it faithfully to keep up with demand. 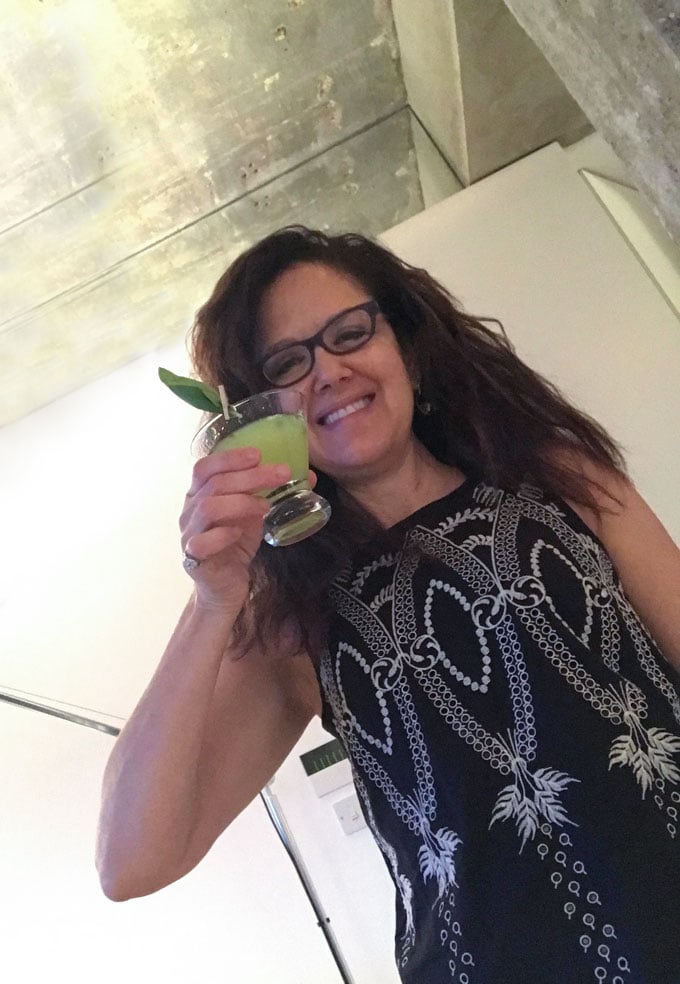 Here’s the recipe for making a Basil Vodka Gimlet and if you try it out please come back and leave a star rating and a comment. Lisa and I would love to know what you think. 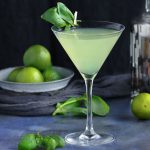