×
You are here: Home / Side Dish / Saag Aloo: Indian Spinach and Potatoes
Jump to Recipe·Print Recipe 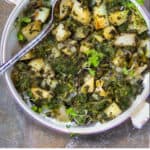 Saag aloo is a warm, comforting spinach and potato curry that's a favorite at Indian restaurants, and it's even better homemade! This easy recipe for authentic Saag Aloo, comes from celebrated Indian chef Madhur Jaffrey. Spinach and Potatoes are simmered with onions, garlic and mild curry spices until the spinach tenderizes into a delicious sauce for the potatoes. 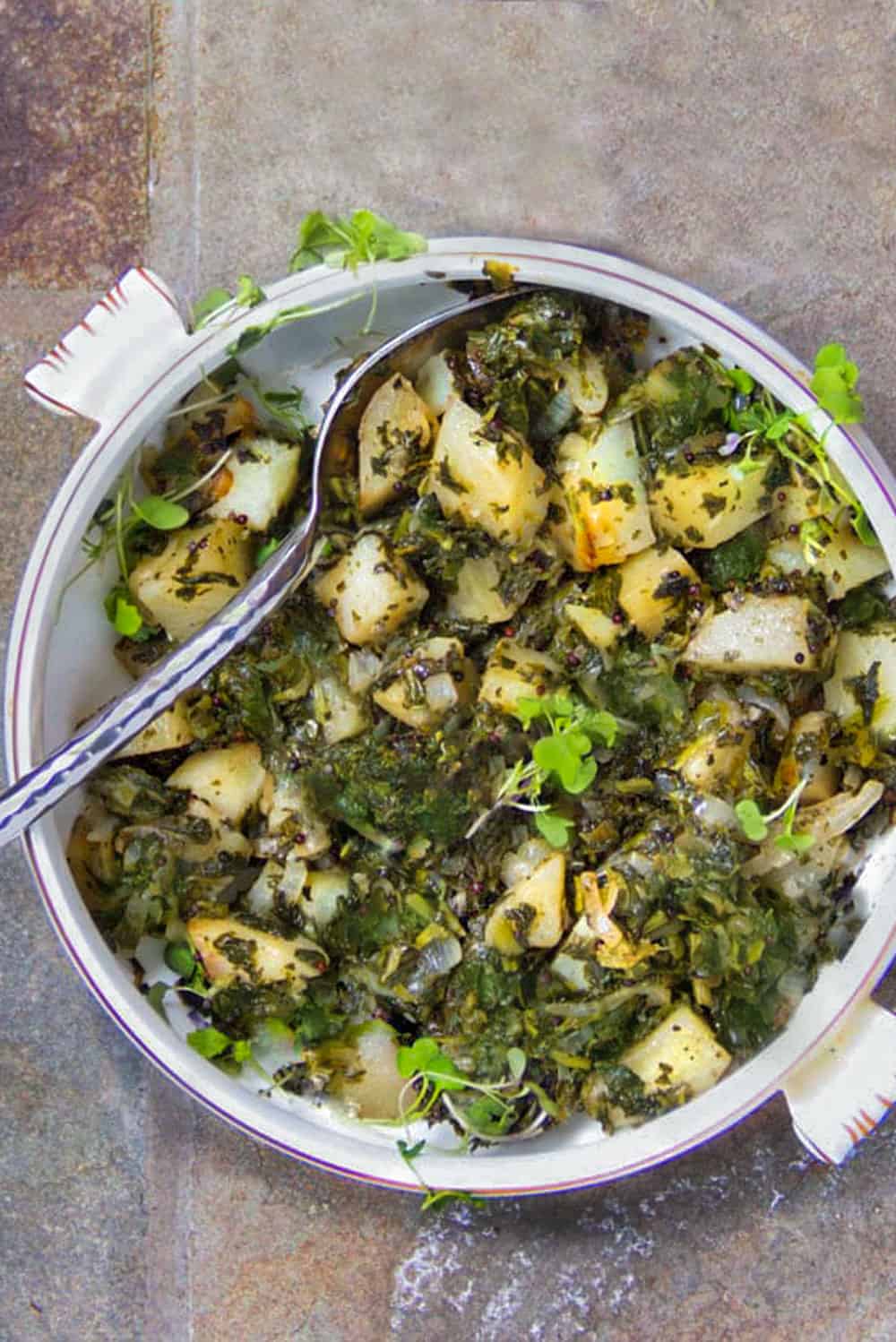 I look forward to saag aloo whenever I go out for an Indian meal. It's always listed as a side dish, but it's definitely a main attraction for me. Cubes of potatoes enveloped in beautifully spiced tender spinach, with mild fragrant curry flavors.

Saag aloo can stand on its own as a satisfying vegan main dish for lunch or a light supper, but it's more often served on the side with curries or grilled meat and chicken. I especially love serving it with chicken tikka masala, chicken ruby and lamb biryani. It's a treat to have such an easy recipe for one of my favorite Indian side dishes. 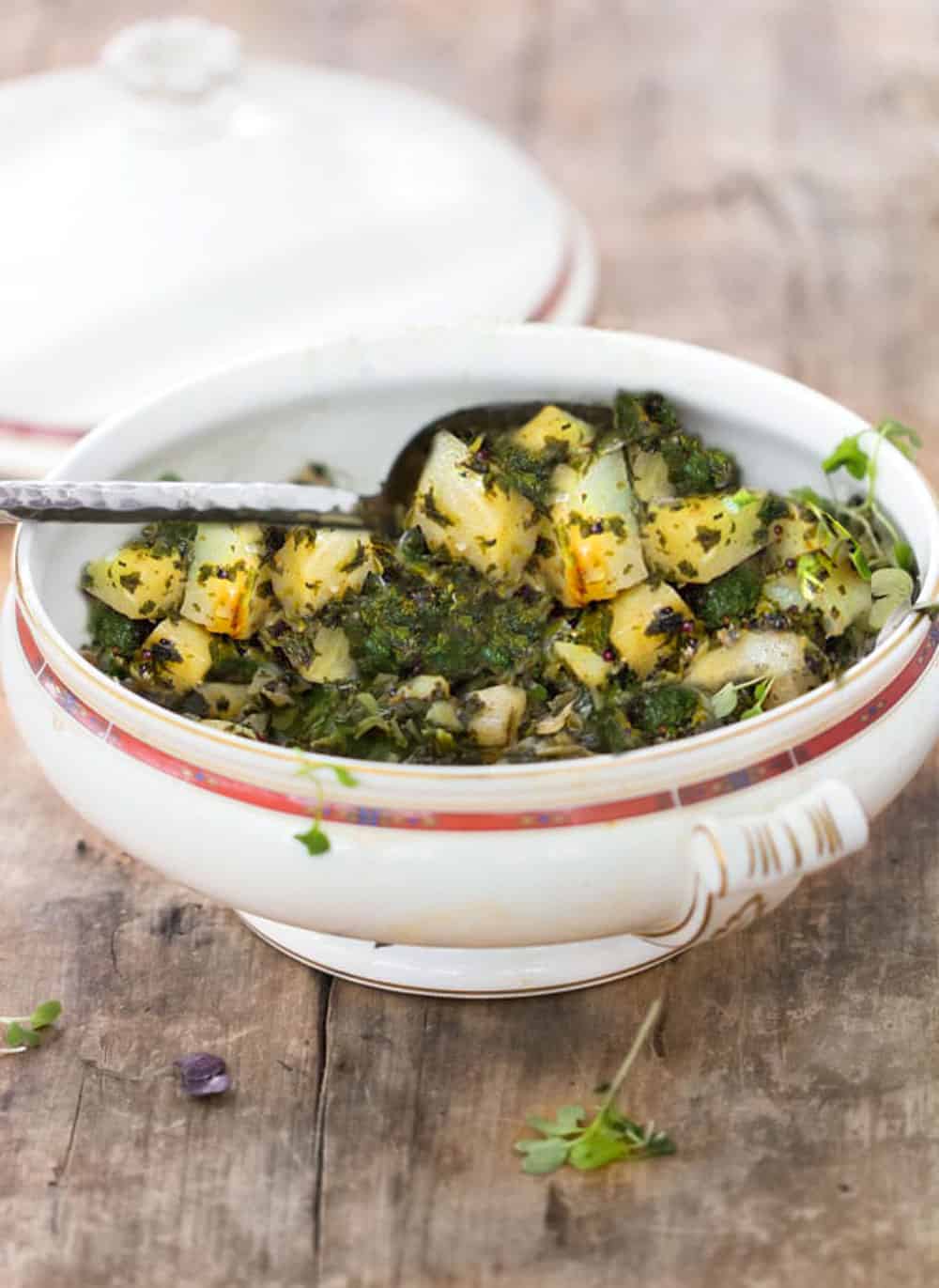 Saag is a leaf-based dish that's popular in India and Pakistan. It's generally made with mustard greens or spinach or a combination of the two, but other leafy greens can be substituted. "Aloo" is Indian English for "potatoes." The greens cooked together with the potatoes make saag aloo.

When I first came across the saag aloo recipe in my cookbook Madhur Jaffrey's Indian Cooking, I learned that in India it's very common to combine potatoes into a dish with almost every grain, meat and vegetable. But Jaffrey says saag aloo is one of her favorite potato dishes. I can see why - I love it too.

Chef Jaffrey uses frozen spinach for her saag aloo, and she keeps the other ingredients and spices to a minimum.

HOW TO MAKE SAAG ALOO 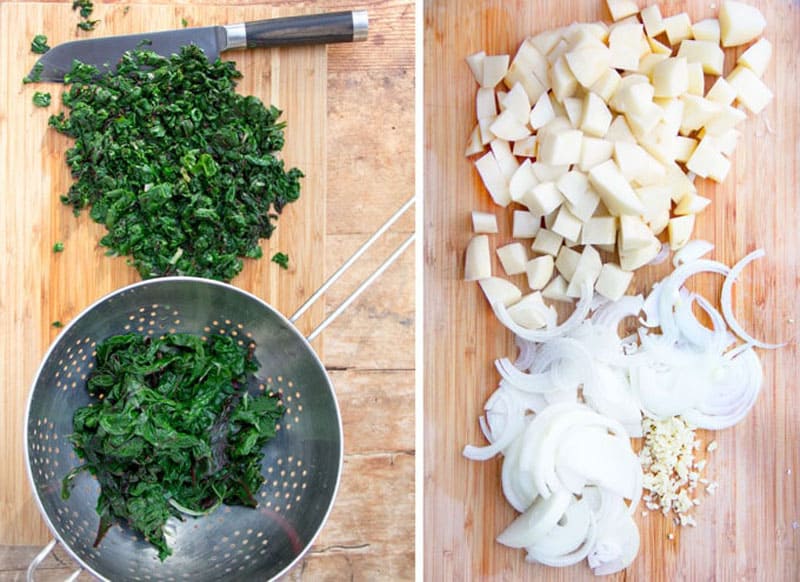 Here are a few delicious main dishes that go beautifully with saag aloo on the side: 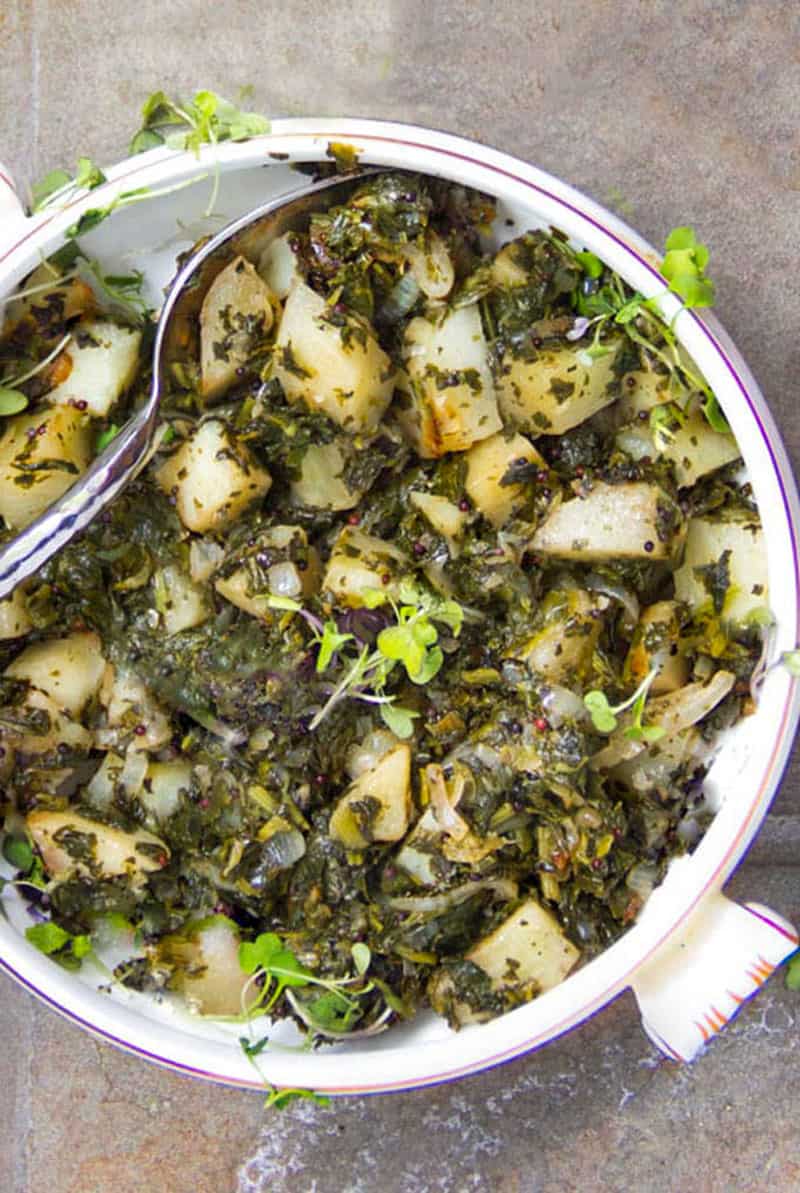 Here's the Saag Aloo Recipe. If you make this, I hope you'll come back to leave a star rating and a comment. I'd love to know what you think! 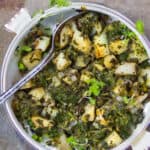 Originally published February 18, 2017. Updated September 14, 2021 with a few new photos, clarifying details and step-by-step instructions added to the written post and to the recipe. The same delicious recipe!