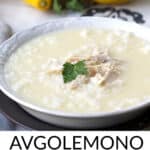 This delicious creamy Greek Lemon Chicken Rice Soup - Avgolemono - is made with no cream at all. The creaminess comes from eggs which are tempered and added to the broth. 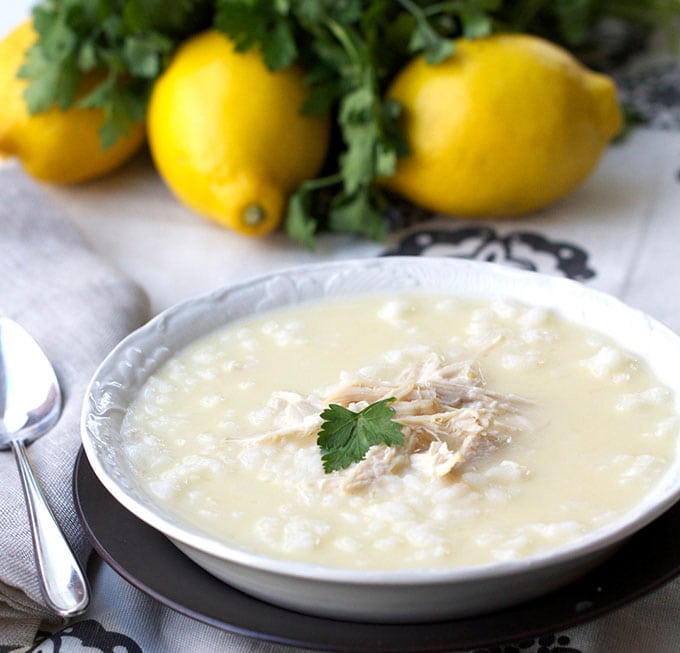 Lemons are a defining flavor in Greek cuisine. They're squeezed over meat, fish and seafood, mixed with olive oil and oregano in Greek Salads and Dressings, combined with eggs for rich egg-lemon sauce or in Greek Lemon chicken Soup. There are endless Greek recipes where lemons play a central role. So when life gives you lemons....cook up some Greek food [sorry, I couldn't resist :)]

I love soup in the winter and this one is both hearty and light. I'll explain. It has plenty of chicken and rice and a rich creamy texture, despite having no cream in it. The lightness comes from the lemon. I think lemon juice makes all foods taste lighter and brighter, like a sunny day on the beach on a Greek Island.  Ok, I'm getting carried away - I clearly need a vacation!

Homemade chicken soup is a nutritious and delicious foundation for avgolemono, and it's easier than you might think to make. You throw a chicken and veggies into a pot with water, simmer it for an hour or so, and you end up with a rich tasting broth plus plenty of poached chicken to shred and add to the Greek lemon chicken soup.

Plain old chicken soup has lost a little of its glamour in my house because I'm always making it as soon as someone gets sick. Avgolemono is just a few eggs and 2 lemons away from Jewish penicillin, yet it has a whole different gestalt. The egg-lemon mixture clouds, thickens and enriches the broth. The rice and chicken add body. Every spoonful is lemony and substantial. 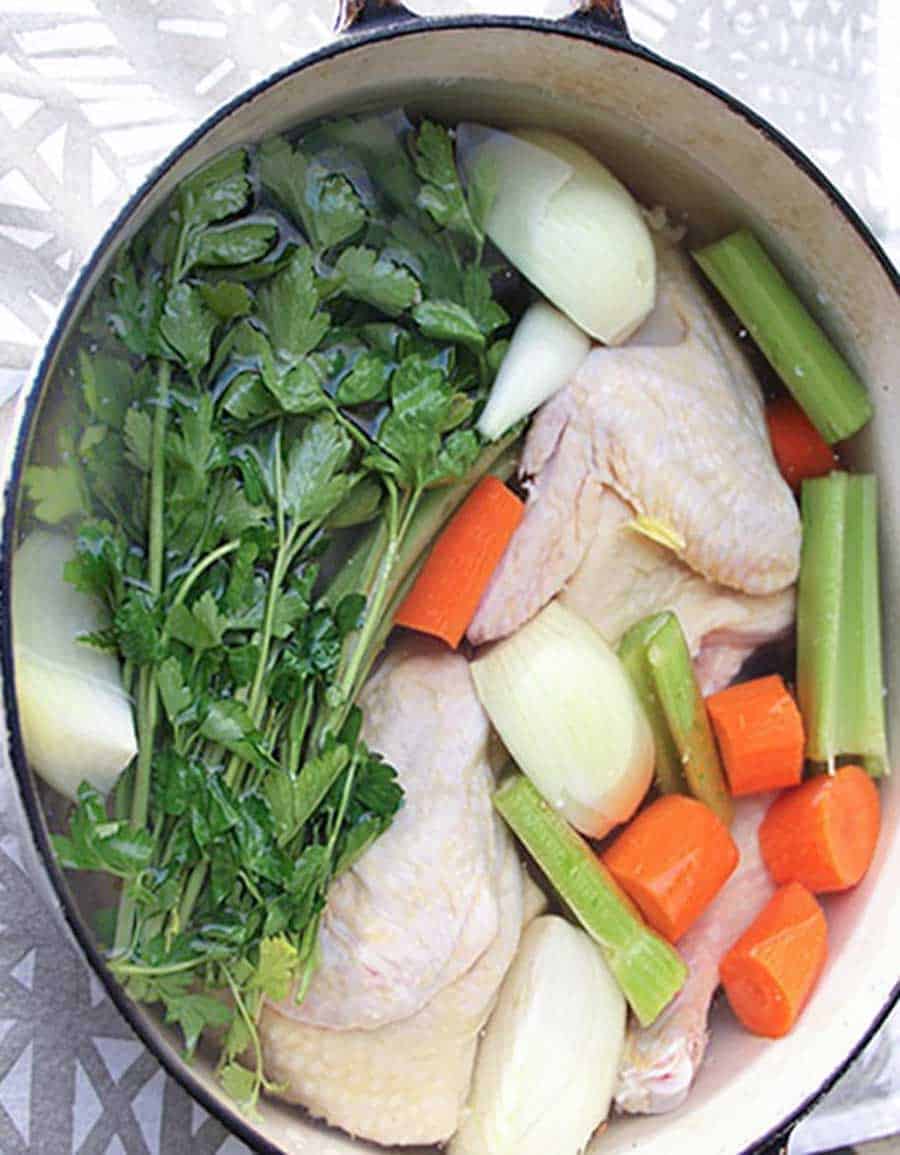 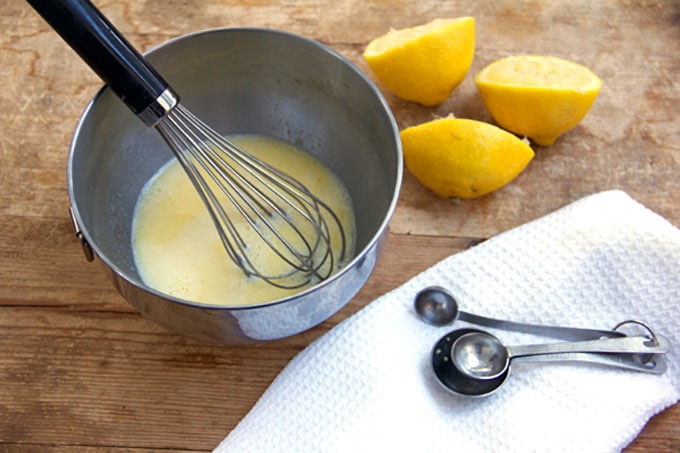 How to temper eggs for Greek lemon chicken soup

The key to making creamy Greek lemon chicken soup is properly tempering the eggs. Tempering is the technique for adding the eggs to hot soup so they don't curdle. If you use a proper tempering technique, the eggs create a creamy thick broth. If you don't temper the eggs, you'll end up with a thin broth that has scrambled eggs floating in it. 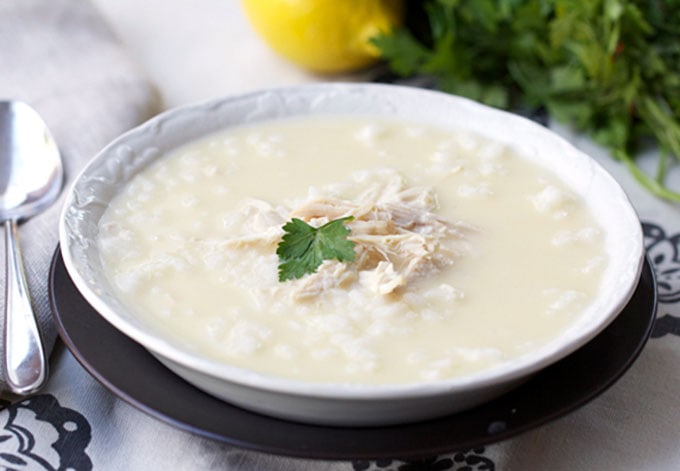 Here's the Greek Lemon Chicken Rice Soup Recipe. If you try this recipe I hope you'll come back to leave a star rating and a comment. I'd love to know what you think!

Delicious creamy Greek lemon chicken soup with rice is made with no cream or dairy at all. The creaminess comes from tempered eggs added to the broth.

For the Greek  Lemon Chicken Soup: