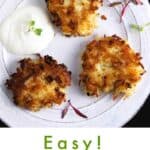 Here's how to make delicious Easy Potato Latkes without the usual mess and fuss. 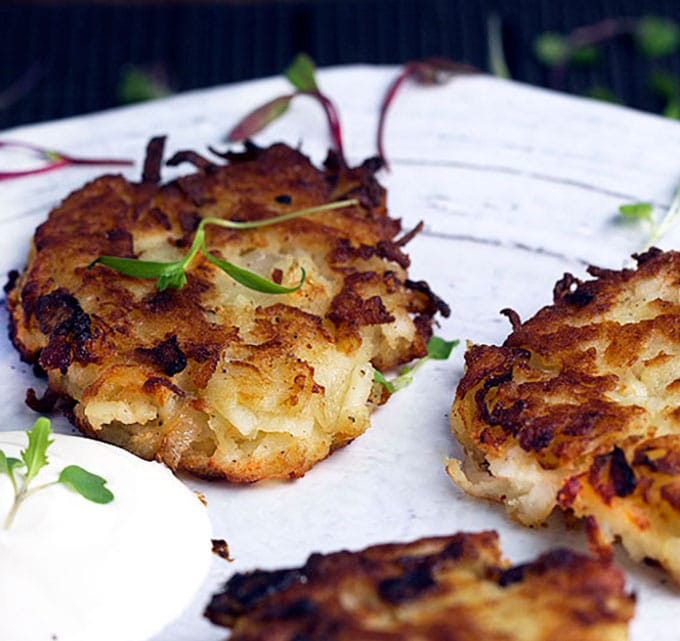 You don't often (ever?) hear the word "easy" associated with making potato latkes, but I'm happy to share this recipe for delicious,  oniony, crunchy-on-the-outside, tender-on-the-inside potato latkes that are easy to make! 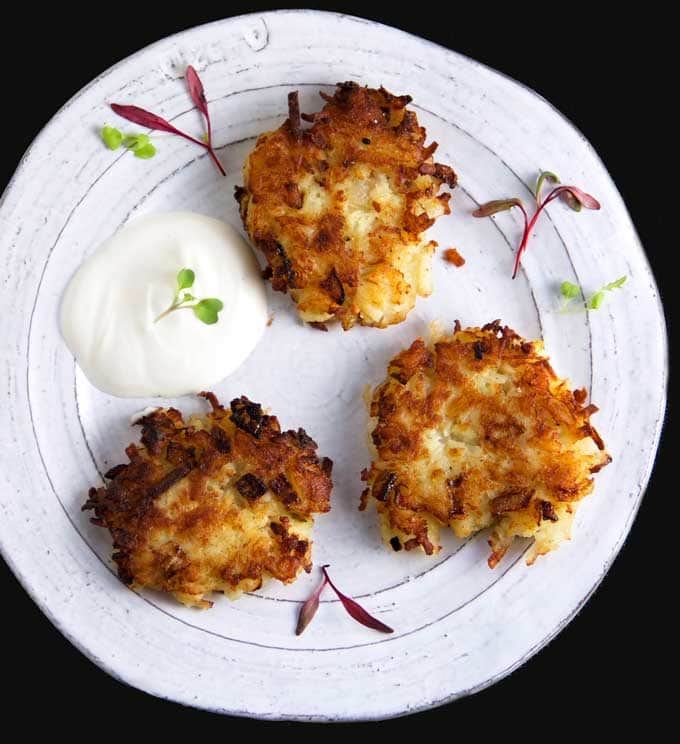 Making Latkes the traditional way is a bit of an ordeal

I almost feel guilty at the thought of not having to work so hard to make latkes for Hanukah. I feel like I'm breaking with tradition. Sweating it out over the latke production is what I've always done.

Raw potatoes are peeled, grated, then squeezed by the handful - in clean dishtowels - to get rid of the excess water and starch. Then they're quickly mixed with lemon juice to prevent them from turning brown. Onions are grated and added to the potatoes, along with eggs and flour. To avoid more liquid seeping out of the onions and potatoes, you have to work quickly and in batches - grating and squeezing and lemoning, frying, grating, squeezing, lemoning, frying.... As I said - it's an ordeal.

How To Make Easy Potato Latkes: 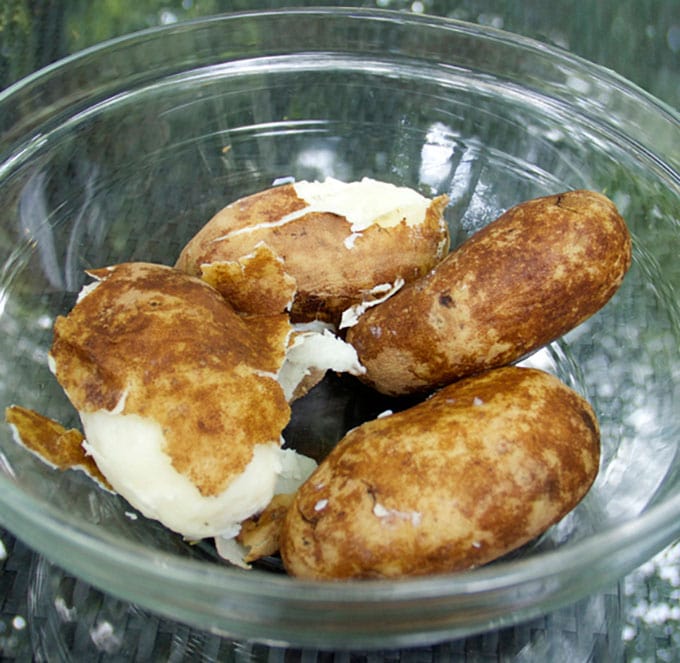 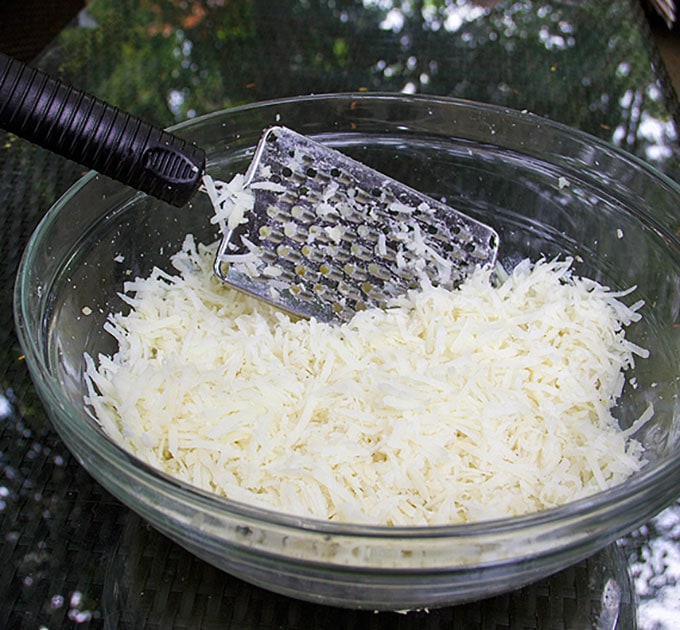 I love this technique so much 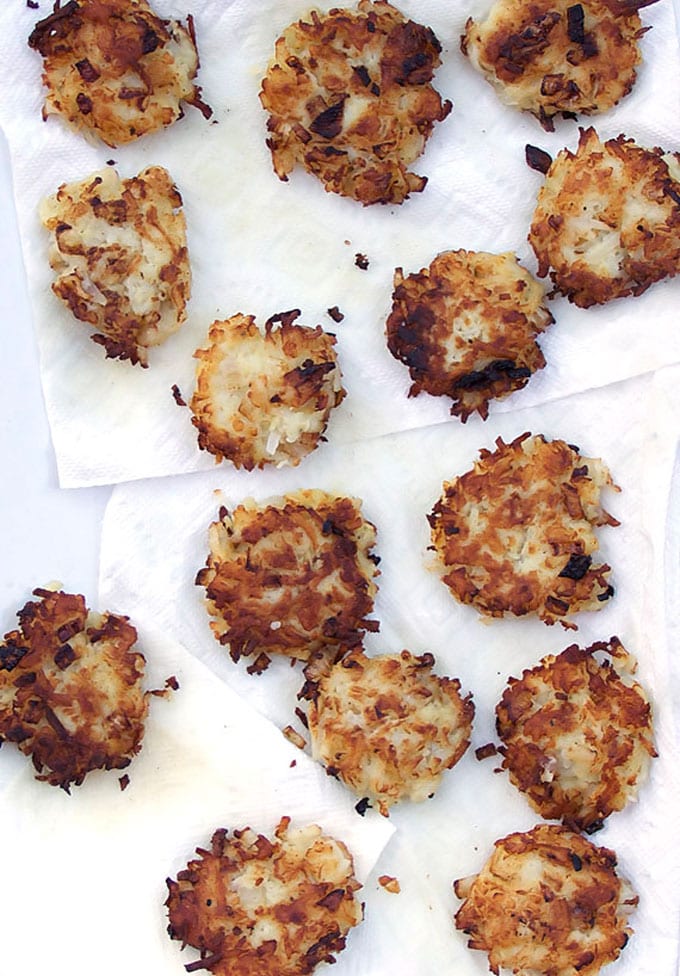 Chanukah is one of my favorite holidays. It's a time to reflect on Jewish survival and faith -  a time to enjoy family and food, to share gifts, to feel grateful, and to relish our yearly rituals - one of which is to eat delicious fried potato latkes! 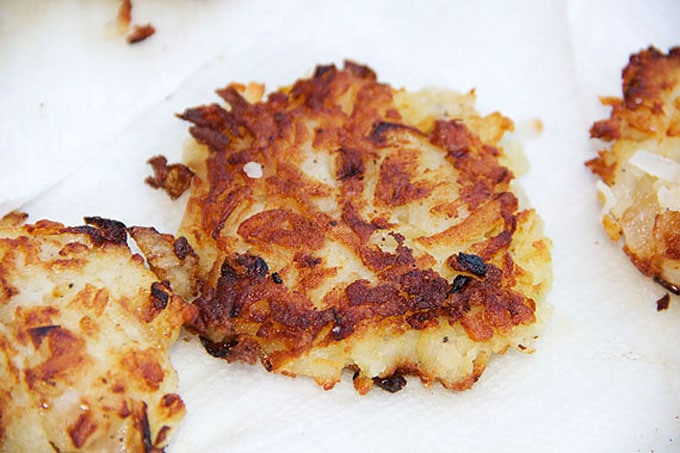 You don't have to celebrate Hanukkah to enjoy these. They make a killer appetizer that everyone loves!

How to Get Creative with latkes

It's fun to go beyond potatoes when you're making homemade latkes.

If you want more great latke ideas plus an explanation of why we eat fried foods on Hanukkah, check out this article with links to 8 Cooking Light Latke recipes. 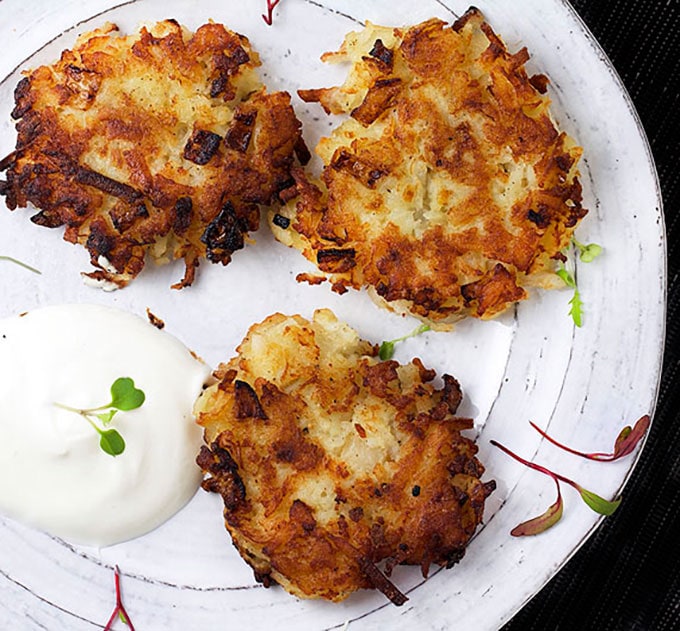 More Recipes that are Perfect for Chanukah:

Here's the Easy Potato Latkes Recipe. If you try this recipe, I hope you'll come back to leave a star rating and comment. I'd love to know what you think!

An easy technique for making Potato Latkes that are crisp and delicious without the usual fuss and mess. Serve these as an appetizer or side dish for Hanukkah or any time.