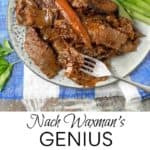 Nach Waxman's Brisket of beef is everything you want brisket to be: tender, deeply flavorful and moist with rich gravy that tastes like the best onion soup. Waxman's ingenious recipe calls for cooking the brisket on top of a mountain of onions with no water, and slicing the meat halfway through cooking. 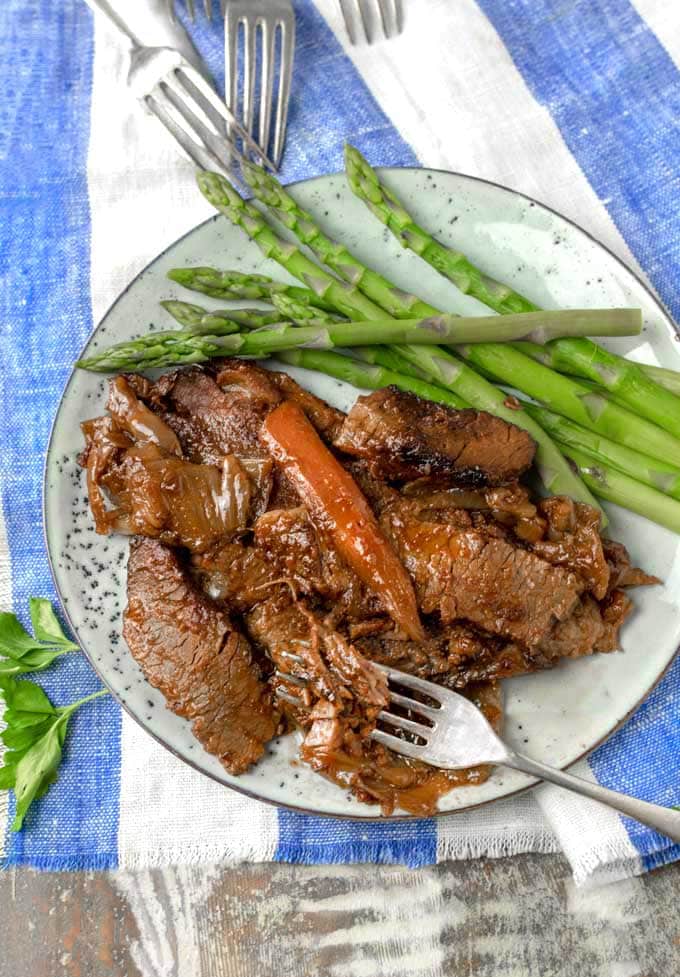 This recipe is famous among brisket lovers and one of the most (if not the most) popular brisket recipe on the web, and for good reason. It's a relatively simple, no fuss recipe and the result is outstanding brisket.

I've been cooking Nach Waxman's brisket for years. I always make it for Passover and Hanukkah. It's long overdue that I share this incredible brisket recipe here with you!

There's so much to love about Nach Waxman's Brisket recipe. 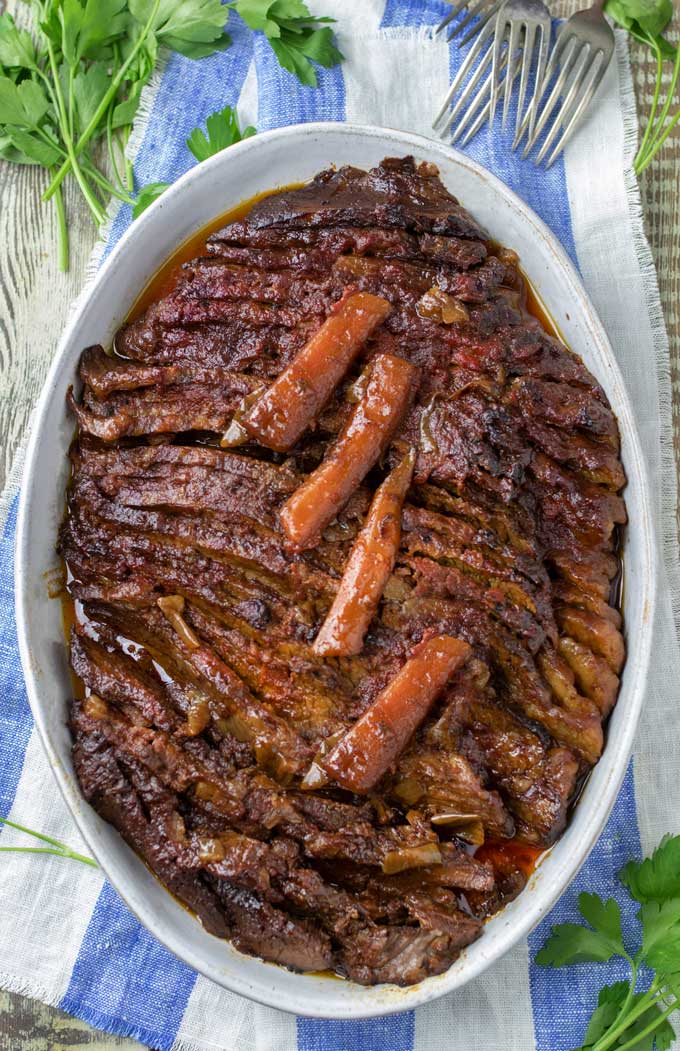 WHO IS NACH WAXMAN?

So who is this man with the famous brisket? Interestingly, he's not a chef. Nach Waxman is the owner of a highly esteemed New York City Cookbook store called Kitchen Arts and Letters. And he's an expert on cookbooks and food history.

With regard to his legendary brisket recipe, Waxman gives creds to his mother for the huge amount of onions used and to his mother-in-law for the pre-slicing technique.

Nach Waxman's Brisket Recipe first appeared in 1989 in The New Basics Cookbook, which has become one of the best selling cookbooks in the world. Also one of my personal favorites. It's by Julee Rosso and Sheila Lukens, who authored the famous Silver Palate Cookbook.

Brisket is a tough muscular cut of meat that comes from the breast of the beef. It's not inherently tender and if not prepared correctly, brisket can end up dried out and tough, which is a very unhappy outcome, especially when you've worked long and hard to cook it for a special occasion.

But when brisket is cooked well, there's nothing more tender or delicious. Keep reading and I'll share all of my favorite brisket cooking tips along with Nach Waxman's ingenious brisket recipe.

WHICH CUT OF BRISKET IS BEST?

When you go to the grocery store or butcher shop to buy brisket, you'll have a choice of first cut or second cut. Either cut will work well in this recipe, yielding delicious tender brisket. I do, however, have a preference for first cut brisket, and here's why. 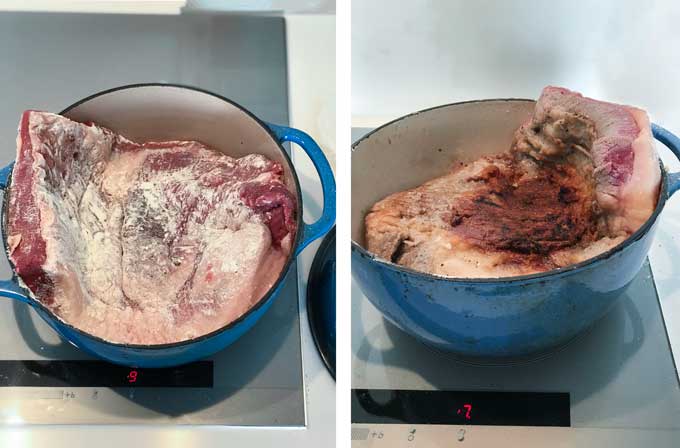 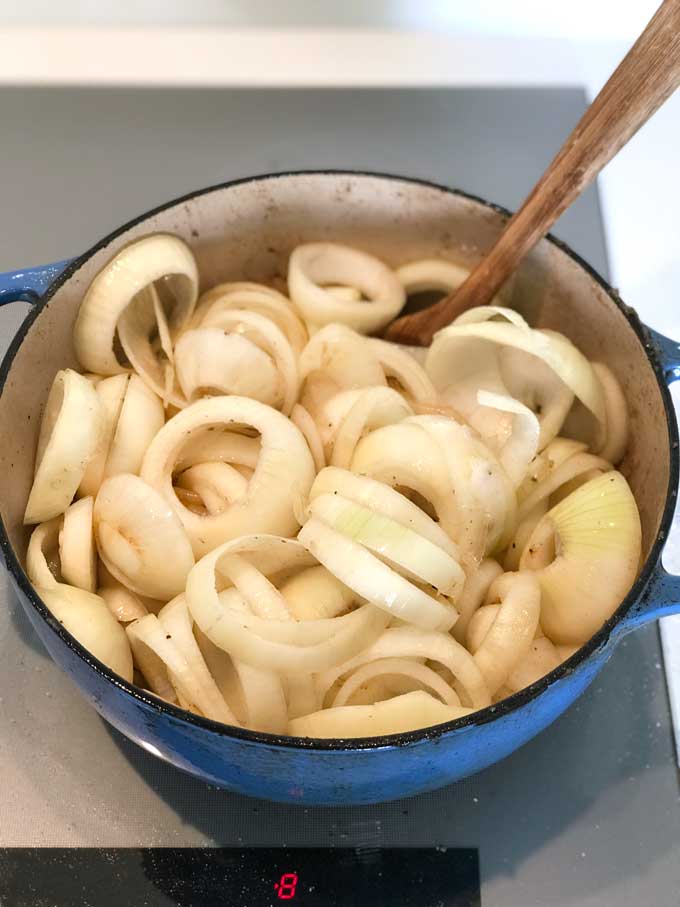 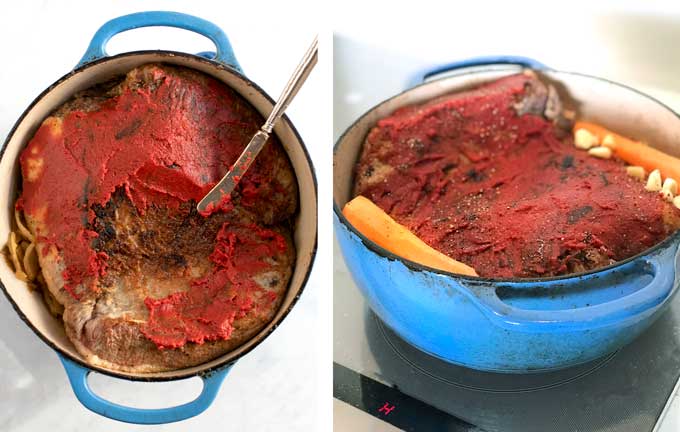 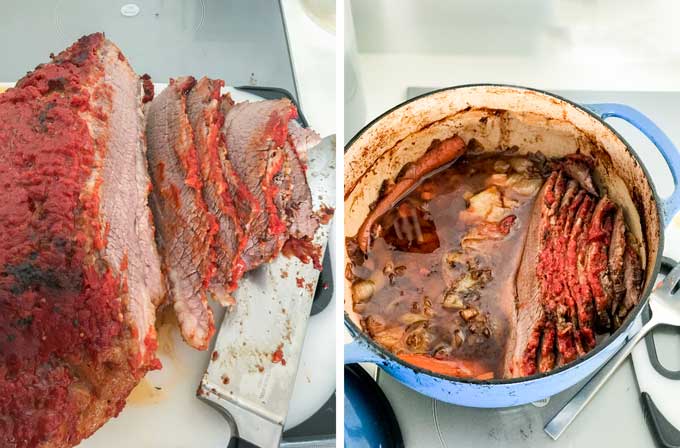 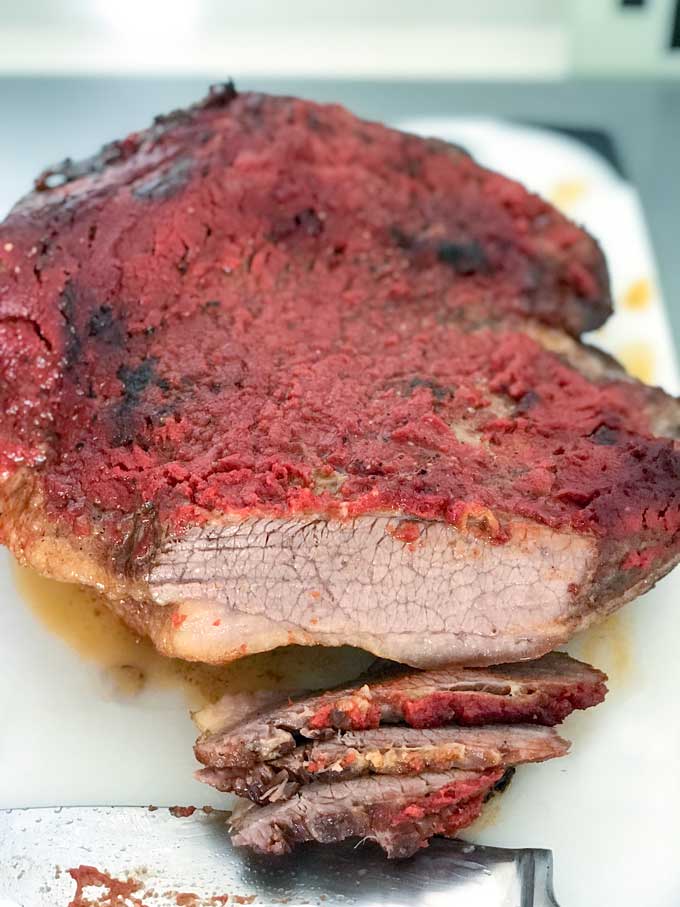 HOW TO SERVE REHEAT AND FREEZE BRISKET 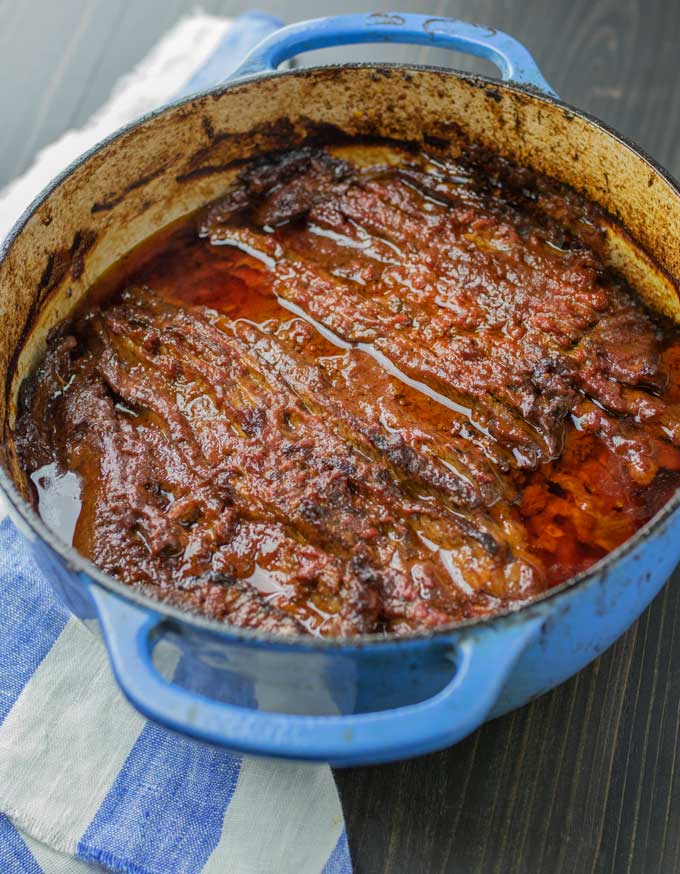 Serve brisket warm from the oven. Arrange the sliced brisket on a platter and pour some gravy over the top or serve it on the side. 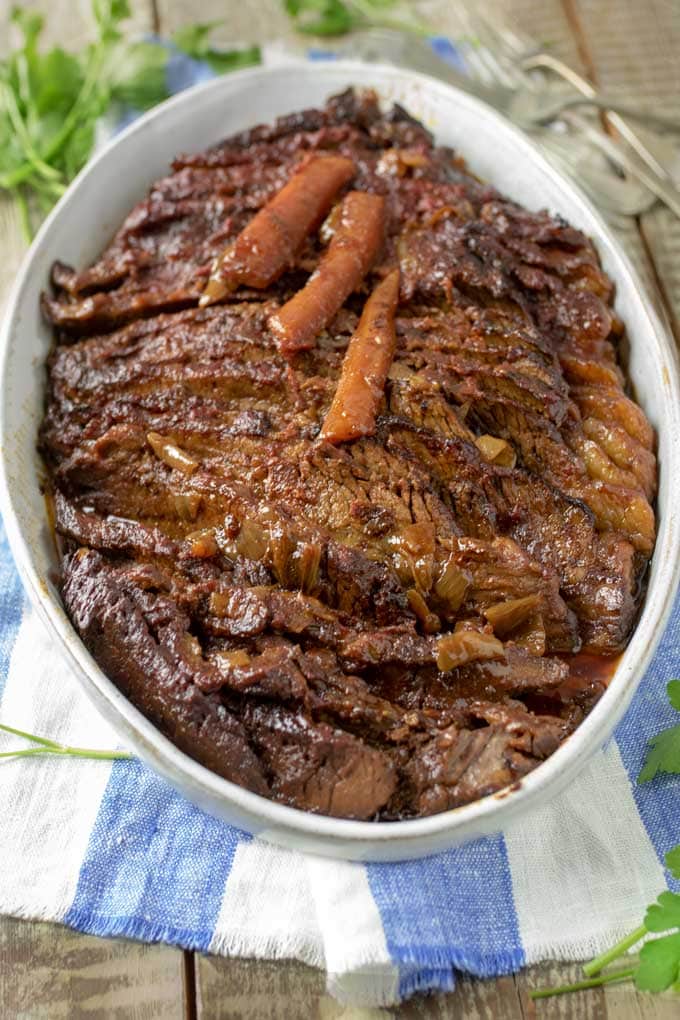 Nach serves his brisket with potato pancakes, fresh sauerkraut, and green tomato pickles.
I serve it with Steamed Asparagus or A Roasted Vegetable Platter,  Olive Oil and Roasted Garlic Mashed Potatoes and Fresh Horseradish Sauce with Beets on the side.
I've loved Nach Waxman's brisket recipe for longer than I can remember. It's the Best Brisket Recipe I know. I've shared it with all of my friends, family and fellow cooking enthusiasts for years before I ever had this food blog. I'm thrilled to finally share it here with you! If you try this recipe, I hope you'll come back to leave a star rating and comment. I'd love to know what you think!
Print
Print Recipe

Adapted from Nach Waxman's recipe in The New Basics Cookbook.

The brisket, coated with tomato paste and cooked with lots of onions, is exceptionally tender and flavorful, and the recipe is surprisingly easy.

Equipment: A large heavy pot or Dutch oven with a lid.

* First cut brisket is sometime called flat cut brisket. It's relatively lean but has a layer of fat on one side. That fat should be left on the meat as will help keep the brisket moist and tender as it braises.

** If you're cooking Brisket for Passover, regular flour is not permitted. Substitute Matzo Meal.

***Freeze the brisket with onions and juices in an airtight container for up to 3 months. Defrost in the fridge overnight and reheat in a a heavy covered pot in a 325º oven for 40 minutes to an hour.