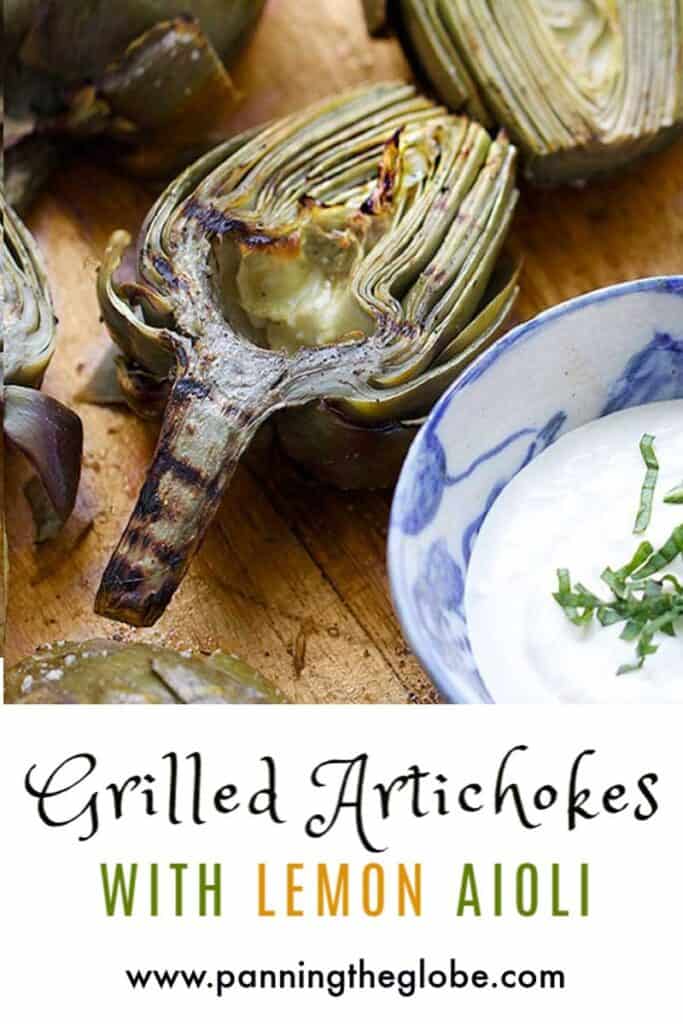 Grilled Artichokes are one of my favorite dishes of the grilling season. I love serving them as an appetizer, hot off the grill with lemony aioli on on the side for dipping. I’ll show you how to trim artichokes like a pro and boil them ahead of time, so all you have to do when you’re ready to eat is pop them on the grill for a few minutes. 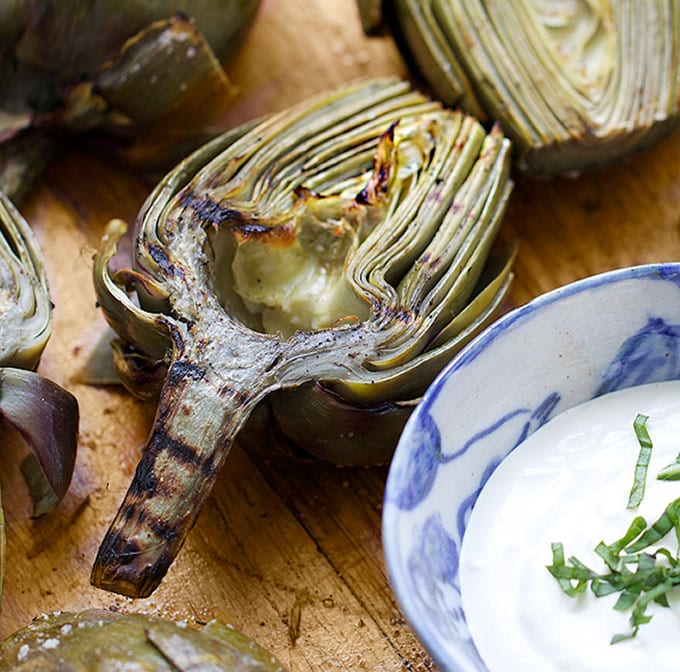 HOW TO TRIM ARTICHOKES

Artichokes are a type of thistle – a flowering plant that grows beautiful purple petals. The edible part is the bud, which must be harvested before the flower blooms. Inside that bud, underneath some serious armor, is a delicious treat.

There is definitely some work involved to get to it. But the payoff is big. Properly trimmed artichokes are a pleasure to eat. 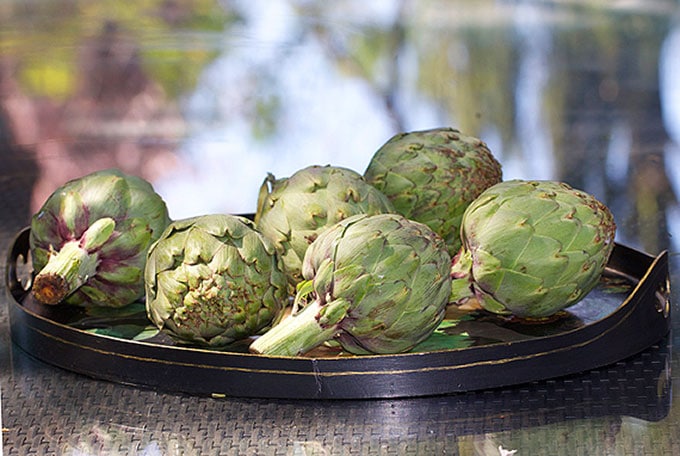 The first thing you’ll want to do is trim off the the thorny tips of the leaves. For this task you’ll need a sharp scissors.

You’ll also need a halved lemon. When artichokes are cut, they oxidize fast. After you cut the artichoke, quickly wipe the freshly cut parts with the cut lemon half, to prevent browning. 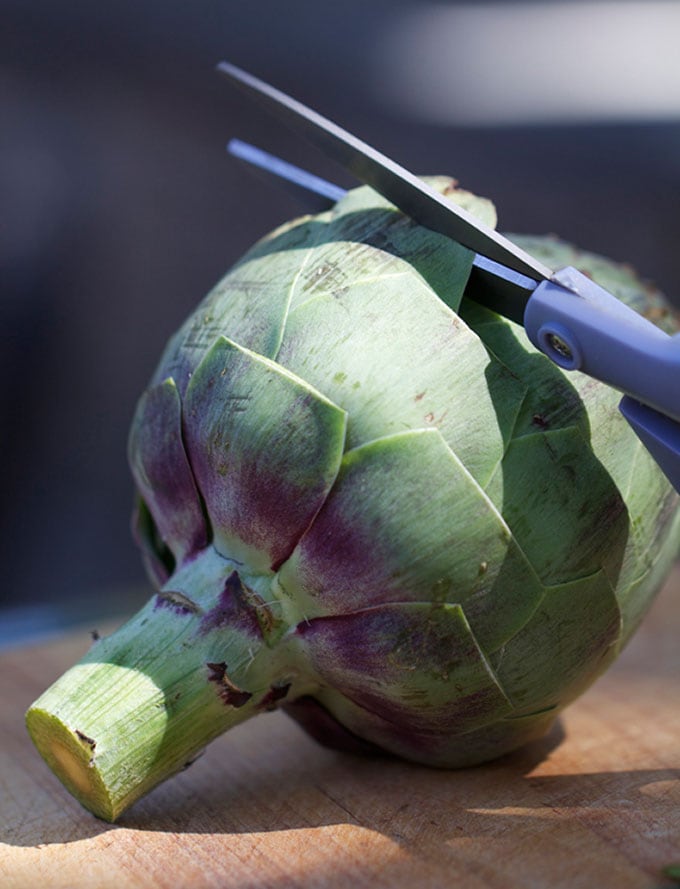 The stem of an artichoke is edible and delicious. It’s nicer to eat if you slice off the tip and shave the tough outer layer. Again, wipe with lemon as you do this. 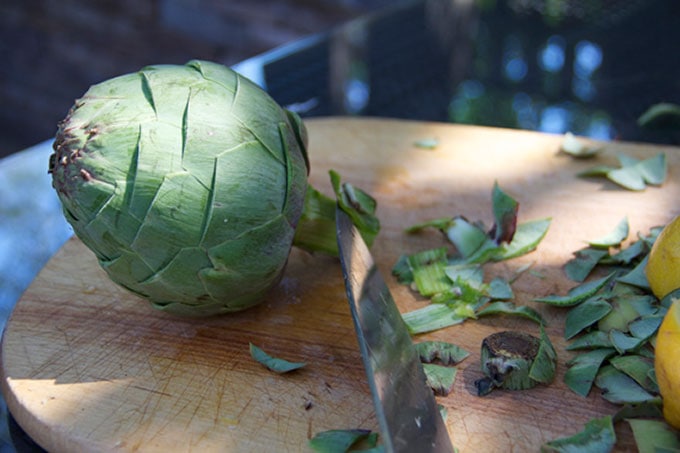 For this Grilled Artichokes recipe we will be cutting the artichokes in half, boiling them, removing the choke and grilling them.

For other recipes that call for whole steamed artichokes, slice off the very top of the artichoke to remove those prickly thorns, and you are ready to go with a perfectly trimmed artichoke. 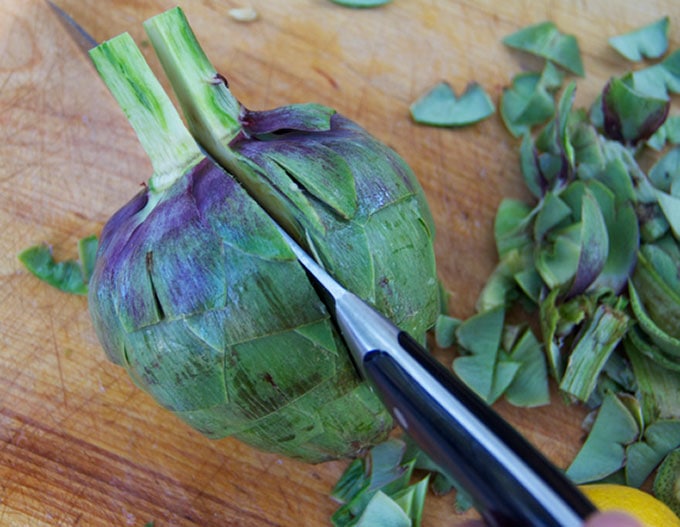 You’ll need a very sharp knife to slice the artichokes in half. Start with the thin stem, so you can be sure to cut it evenly in half. Rub the cut part with lemon. 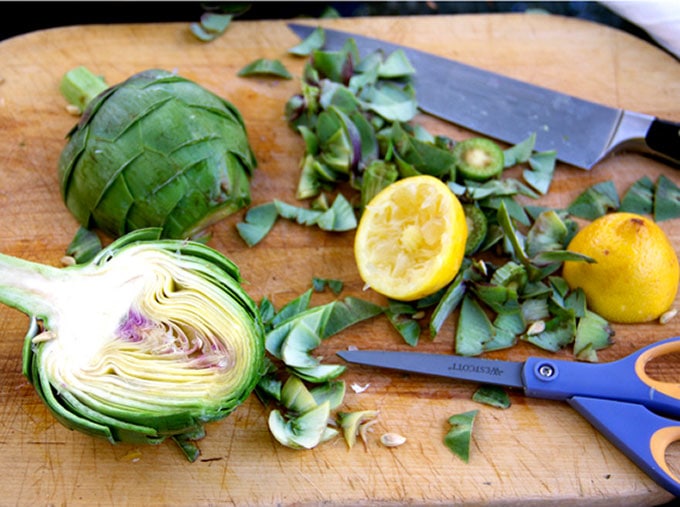 You do not want to eat the hairy part in the middle of the artichoke. That’s called the “choke” because that’s what you will do if you try to eat it.

For this Grilled Artichokes recipe we will be removing the choke before grilling the artichokes. It’s much easier to to do that after the artichoke is cooked and cooled. 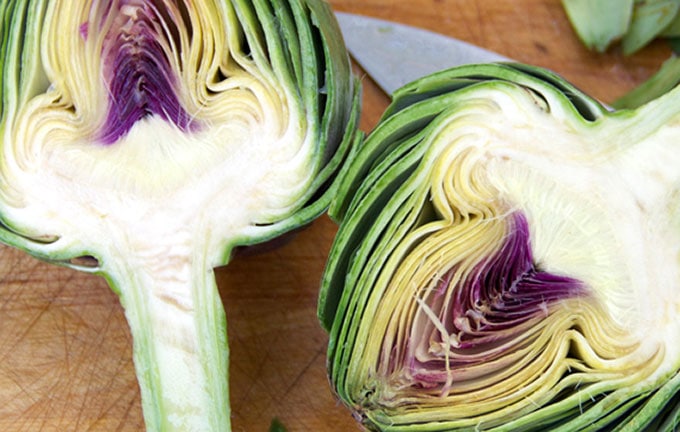 Once the artichokes are trimmed and halved, boil them for 20 minutes, let them drain in a colander, and put them in a covered bowl in the fridge to cool.

When they are cool enough to handle, use a teaspoon to scoop out the chokes.

The artichokes are now ready for the barbecue. Or they can be store in the fridge, covered, for up to 24 hours. 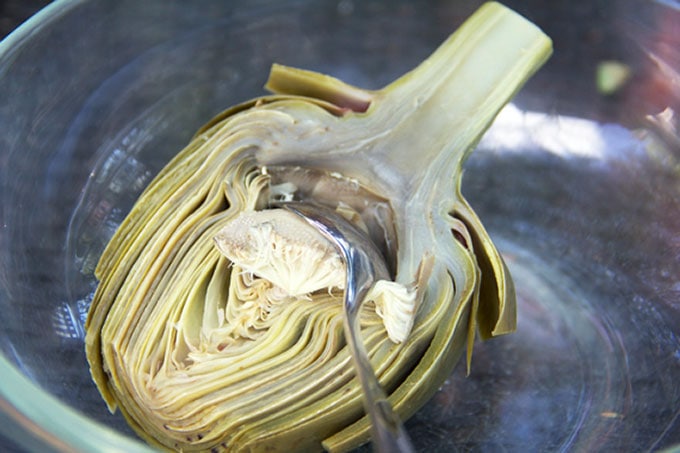 HOW TO GRILL ARTICHOKES

Once the artichokes are trimmed and precooked, which can be done up to a day in advance, the rest is easy.

WHAT I LOVE ABOUT THIS RECIPE 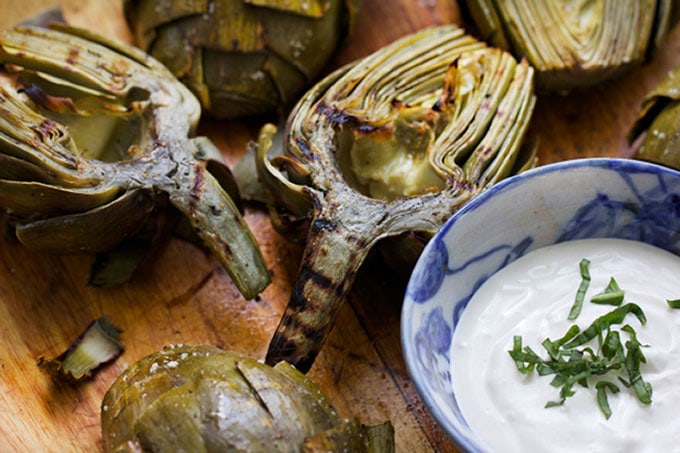 Here’s the recipe for Grilled Artichokes with Lemon Aioli. I’m excited for you to try this. If you do, please come back to leave a comment, a rating, and let me know what you think.

Grilled Artichokes are a fantastic healthy appetizer that can be prepped ahead. 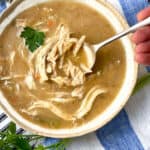 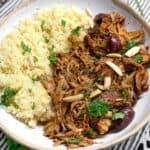 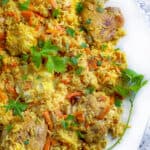 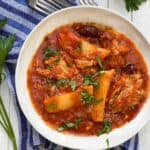 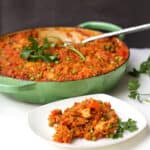 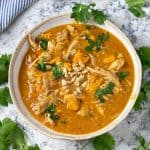 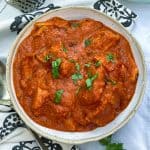