Good things don't always come easy. Part of the reason you haven’t heard from me in over a week is that I’ve been wrestling with Tarte Tatin. 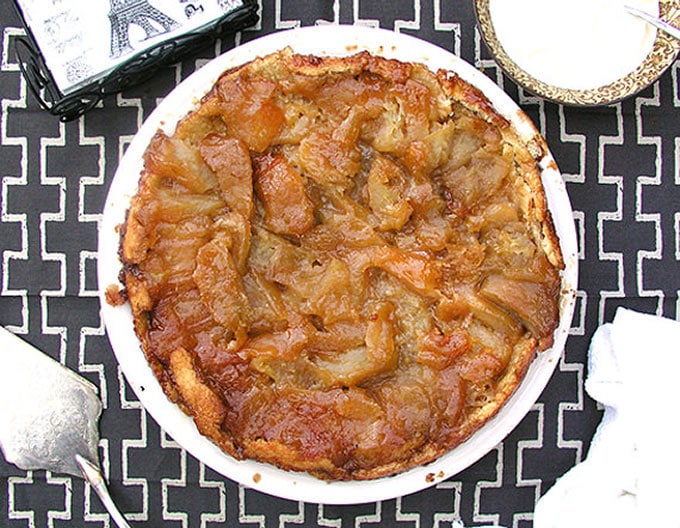 After several failed attempts I finally have some answers. My hope is that you will succeed the first time by learning from all of my mistakes.

Let’s talk about the good stuff first: I love a dessert that can be made in my cast iron skillet! Tarte Tatin is the French name for a famously delicious upside down apple tart. The apples are caramelized with butter and sugar in a skillet. A disc of pastry is placed on top and the skillet goes in the oven. When it’s ready,  it’s inverted onto a platter crust down, revealing all the delicious buttery, caramel-glazed apple slices on top. Served with a dollop of whipped cream or Crème Fraîche, Tarte Tatin is a heavenly dessert! 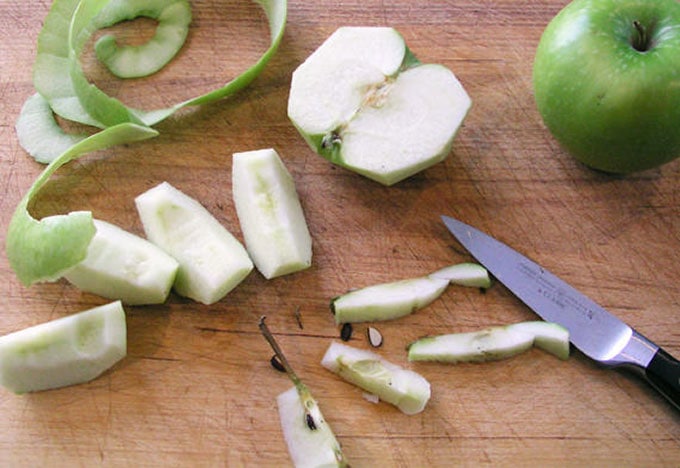 There are differing historical accounts as to the origin of Tarte Tatin.  Its name undisputedly comes from the Hotel Tatin in France, which was owned by two spinster sisters in the 1800's. The debate is whether or not it was invented deliberately or happened by accident.  One theory is that one of the sisters, Stéphanie Tatin, was cooking apples in butter and sugar for traditional apple pie and got distracted.

When she found that the apples were overcooked, in a quick rescue effort she threw the crust on top and put the whole thing in the oven, then flipped it over and served it to hotel guests who gave it rave reviews.  Is this the true story of Tarte Tatin?  If you are intrigued and want to know more, I found a fun website called "Friends of The Tart Tatin" that appears to have everything you could ever want to know about this famous confection. 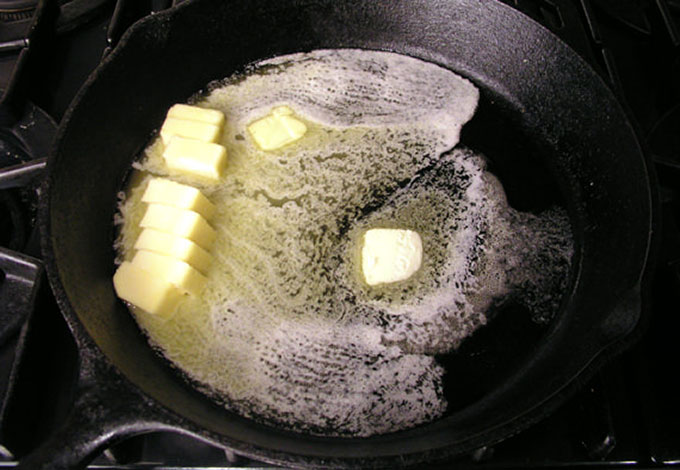 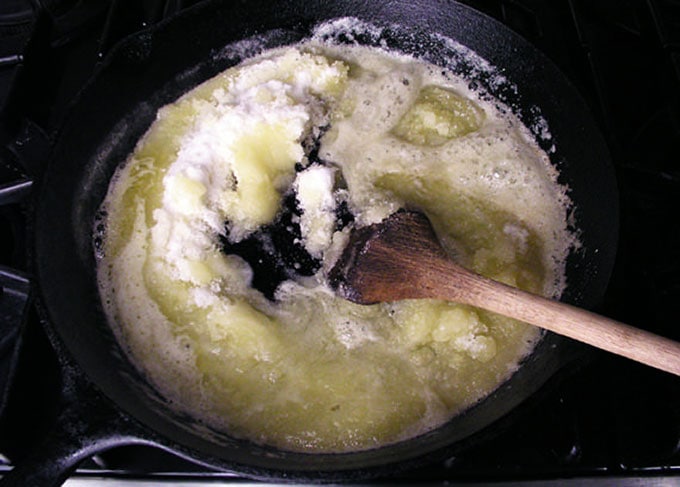 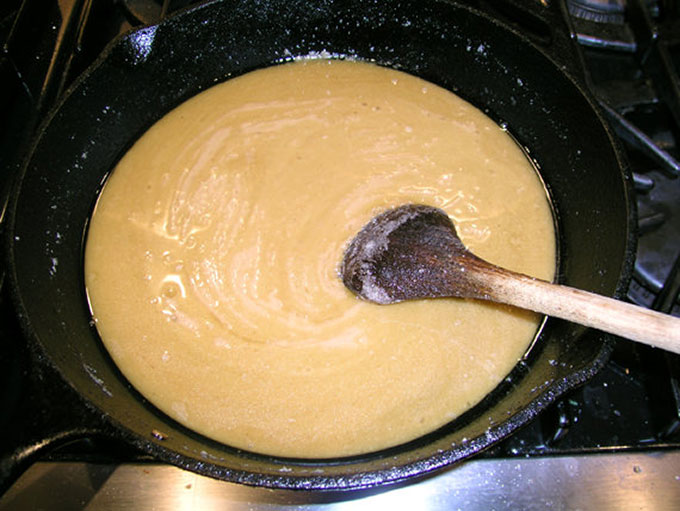 OK, now it's time to explain the potential stumbling blocks of Tarte Tatin, as I encountered them. This was not an easy endeavor for me, as I have said. Firstly, as I often do before attempting a new dish, I pored over many Tarte Tatin recipes, including one from Julia Child. I found quite a lively debate amongst some very capable chefs about the best way to make this rustic tart.

Some chefs fully caramelize the sugar and butter before adding the apples. Some caramelize the apples, sugar and butter together. Some suggest a shorter oven time with higher temp and some say cook it longer in the oven with a lower temp. Even Julia Child, in her book "The Way to Cook," writes about her trials and tribulations with Tarte Tatin falling apart, sticking to the pan, and such. She persevered, changing her Tarte Tatin recipe four times before she was satisfied.

I read so many Tarte Tatin recipes, and tried so many different approaches, I'm not even sure, in the end, who's techniques I've adapted.  All I know is that it took me several tries, but I finally made a Tarte Tatin that came out great! 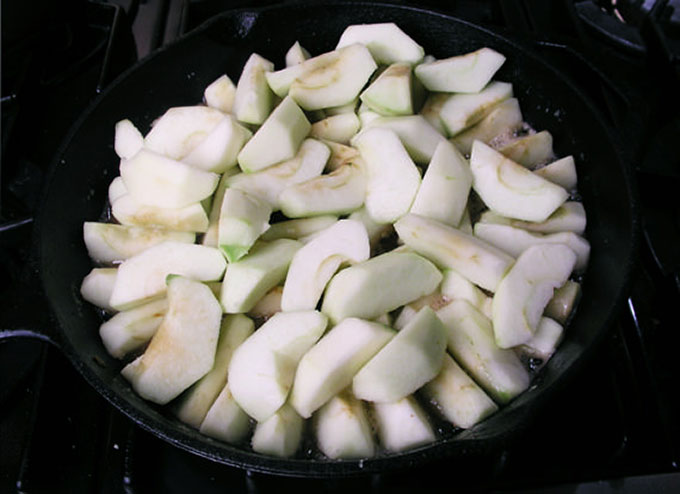 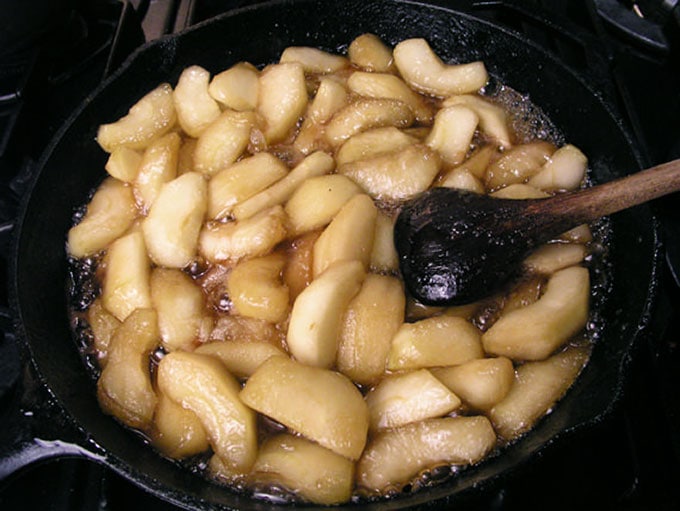 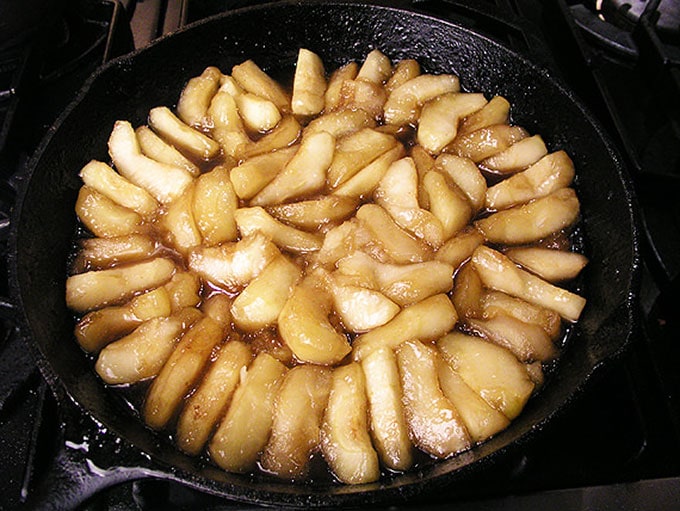 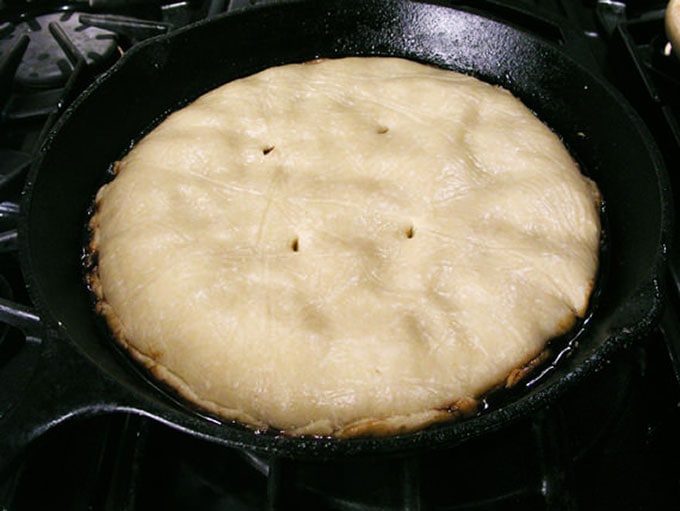 I hope I haven't dissuaded you from attempting to make this.  It's far too delicious to skip over. Here are some tips that I think will be helpful:  1. Use Granny Smith apples or another firm variety of apple with a low water content. You don't want the apples turning to applesauce while you're trying to caramelize them.  2. When you caramelize the sugar and butter, as soon as it is a light caramel color, remove it from the heat so it doesn't burn while you add the apples.  3. Be sure your oven rack is in the center of your oven so you have a truer cooking temperature. (see Real Simple's explanation of oven rack positions)  4. Slide a knife between the crust and the side of the pan before you flip it, and don't despair if you have to do a little repair job after the flip. This is a rustic tart, so perfection doesn't mean symmetry. 5. Top with whipped cream, ice cream, or Crème Fraîche and enjoy! 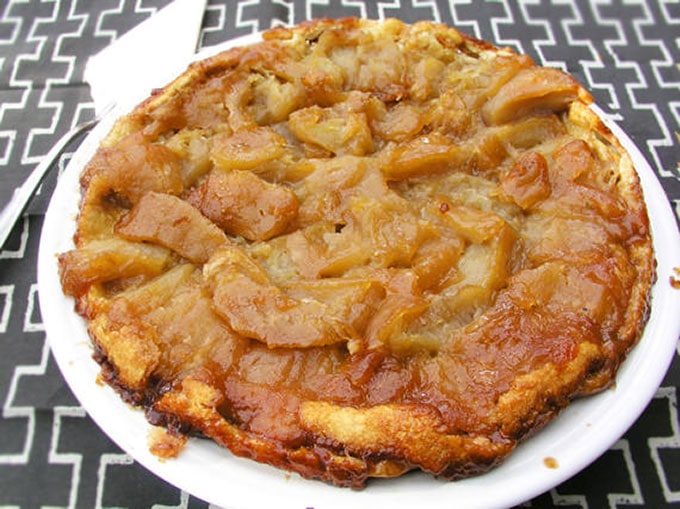 Here's the Tarte Tatin Recipe. If you try this recipe I hope you'll come back to leave a rating and comment. I'd love to know how your Tarte Tatin turned out! 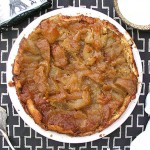